Scion has unveiled the GReddy Scion FR-S drift car that was spotted last week. It features a 600hp turbocharged engine and a full racing bodykit complete with a large drift wing. 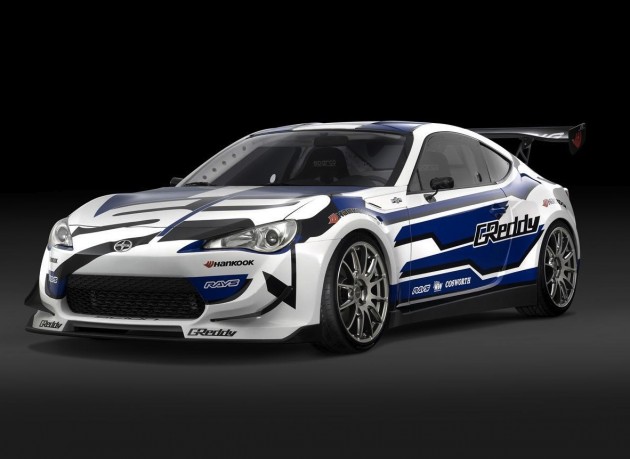 As speculated, Scion is looking to enter into this year’s round of the Formula DRIFT championships, with drift guru Ken Gushi in the driver’s seat. The package, developed in conjunction with tuning company GReddy, features extensive modifications for optimum drift performance to compete in the upcoming season.

The cabin is completely stripped out making way for a sturdy roll cage, while underneath there’s racing brakes, racing suspension, and, of course, a heavily turbocharged 447kW motor – as seen in last week’s spy video.

In other Scion FR-S news, Scion has announced a preliminary order period for the FR-S (Toyota 86/Subaru BRZ in the Aussie market) called the Scion First 86. On January 12 at 12 noon EST, Scion will start accepting early orders for the highly anticipated model.

You better be quick though, First Scion 86 will only run for eight hours and six minutes. Simply head over to FirstScion86 to get your order in.

We look forward to seeing the GReddy Scion FR-S drift car out on the track later in the year. Stay tuned for videos.