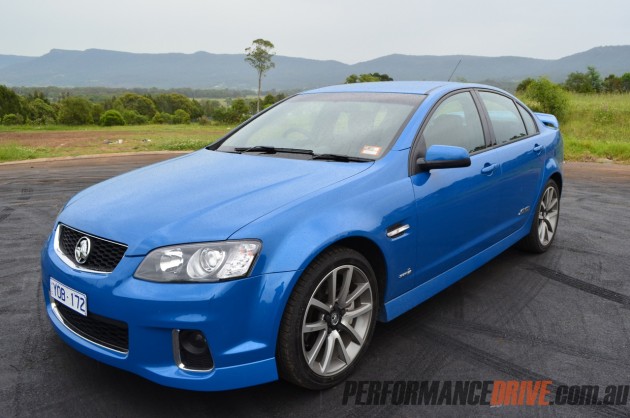 We’ve almost finished preparing a nice little video snippet – featuring some spirited driving – of the new 2012 Holden Commodore SS V sedan to give you an idea of what the new car, and the new Perfect Blue colour scheme, looks like out on the road. And to preview the awesome sound of the 6.0-litre V8 engine under the bonnet of course. 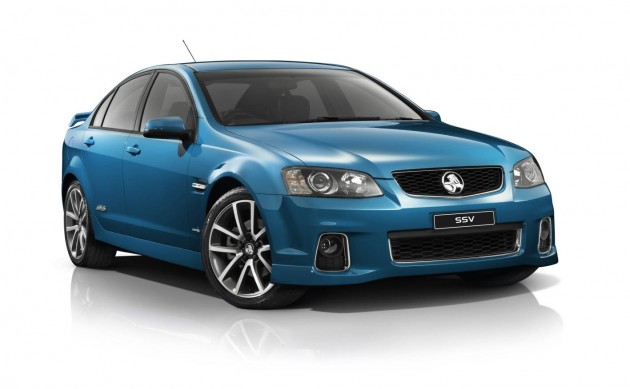 The new Perfect Blue colour does look very appealing. In a world where greys and silvers are starting to become a little boring, the new Perfect Blue brings a breath of freshness to the roads. It should age quite well too, unlike (arguably) some of Holden’s previous special new colours. It’s now available on all 2012 Holden Commodore variants.

Other changes to the new range include FE3 sports suspension for all 2012 Holden Commodore SS V Redline Editions, including sedan, wagon and ute, as well as new 19-inch forged alloy wheels. The normal Commodore SS V also gets silver accented highlights around the front grille and fascia, as pictured, and a revised interior.

All 2012 Holden Commodores are also flex-fuel compatible. This allows the engines to run on both unleaded fuel and E85 ethanol (85 per cent ethanol blend). E85 fuel is a cleaner burning fuel and helps the new Commodore to reduce its average exhaust emissions.