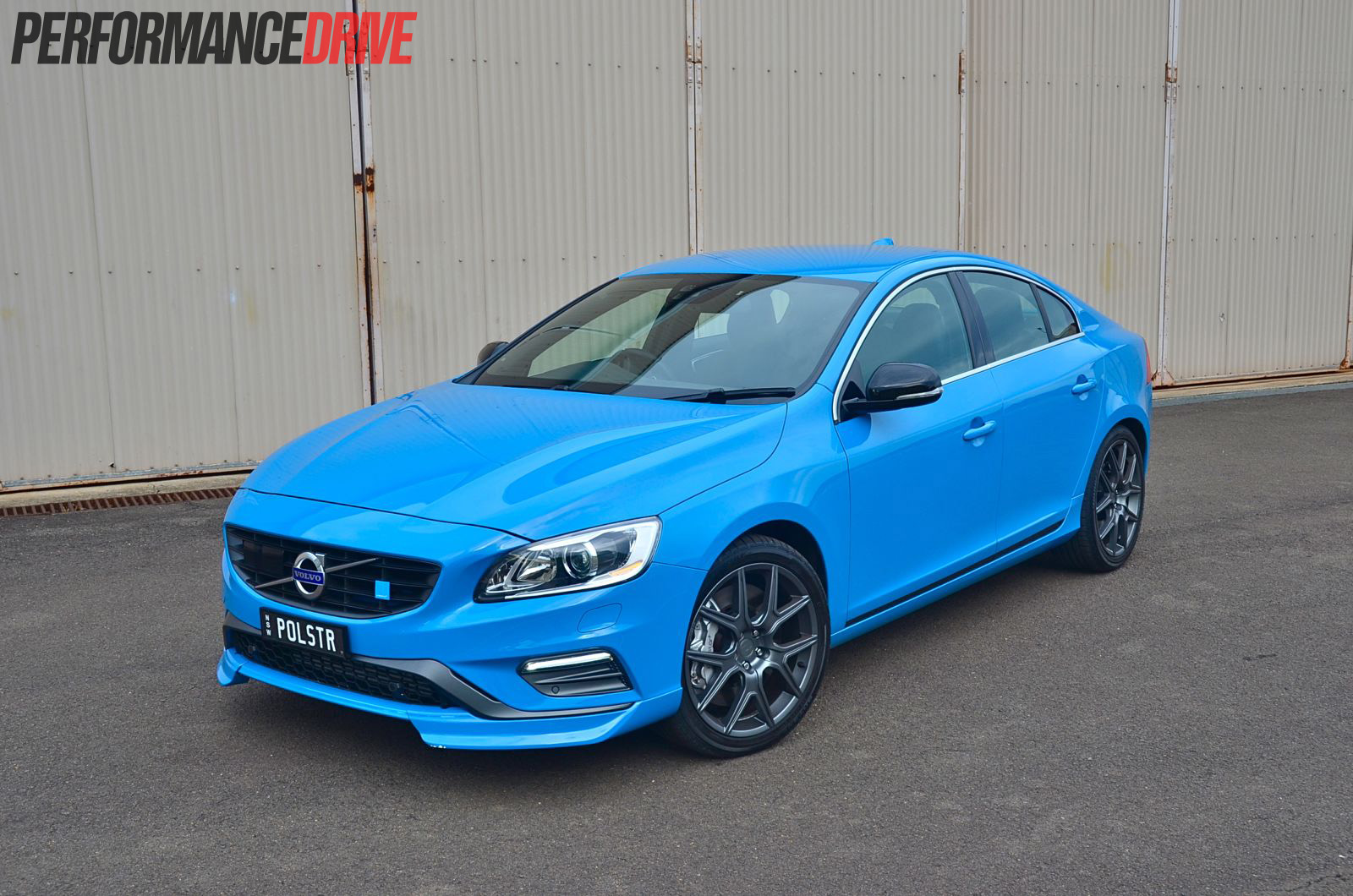 Looking for a performance car that isn’t pumped up with German muscle or overloaded with Japanese quirkiness? The 2014 Volvo S60 Polestar is Sweden’s answer to the flourishing craze that is fast mid-size cars. 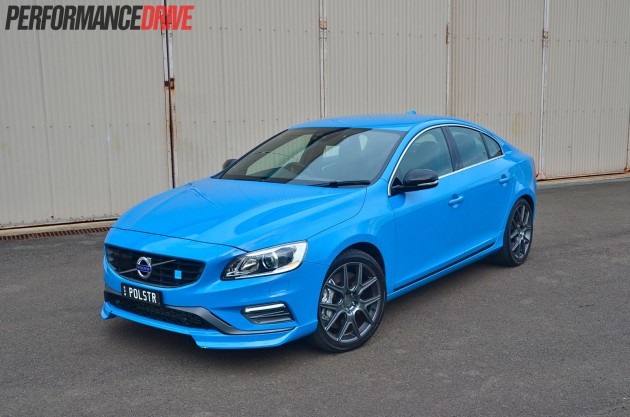 Landing in Australia in 2013, the first S60 Polestar makes way for the updated 2014 model before you. Updates include a facelifted front to coincide with the rest of the S60 lineup, the introduction of steering wheel-mounted paddle shifters, improved/bolstered front seats, active high-beams, a much-needed beefier brake setup, and revisions to the six-speed automatic transmission.

The 3.0-litre turbo six-cylinder is a revised version of the unit found in the regular Volvo S60 T6, featuring a larger-diametre turbo, uprated intercooler, revised engine mapping, and a “racing” exhaust. As a result the Polestar produces 257kW of power at 5700rpm.

The S60 Polestar isn’t all about going fast, it’s also loaded with creature comforts and a heap of safety smarts to ensure it lives up to its Swedish heritage. 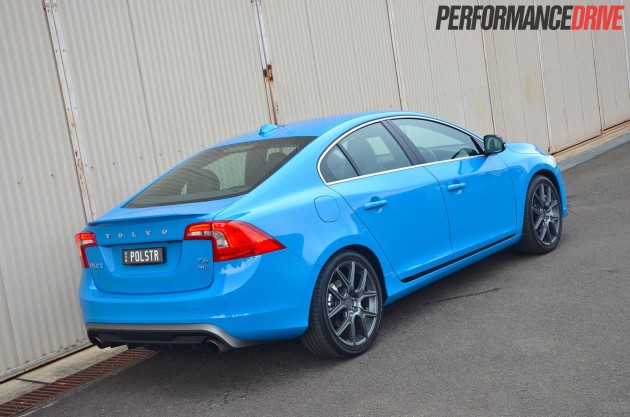 Open up the driver’s door and you right away get a taste of the S60’s solidity. Plonk your body into the new, more bulbous sports seats, and you sink right in. The seats are very comfortable and accommodate people of all shapes and sizes.

The rear seat is also very comfortable, however head and knee room can be a problem if you’re passengers are overly tall because of the sloping roofline and chunky sports seats up front.

As you look around the interior you can’t help but notice it’s lacking in performance car atmosphere; where’s the ‘performance car-related’ insignia? Other than Polestar embossed into the front seats, blue seat stitching, and little blue Polestar badge on the gear shifter, you could mistake it for a regular T6 R-Design model, which is a very good car in its own right, but the Polestar is near-on $30k more expensive than the closest S60 model.

So it’s a little bit boring inside, but on the upside all the controls, cabin plastics, leather/suede trim, rooflining and carpet all look and feel expensive. The S60’s trim isn’t form over function for the sake of it, it’s more about quality equipment and user satisfaction.

Audio lovers will warm to the powerful Meridian audio system, which features Bluetooth, USB and aux-in connectivity. The S60’s steering wheel is also something to admire, offering plenty of grip from its nicely contoured design.

The S60 offers 380-litres of boot space, but it is somewhat compromised by a space-saver wheel. The wheel is located in the middle of the boot area due to the under floor being used by additional bracing for handling purposes. All of the Polestar’s mid-size competitors don’t have any intrusions in the boot, and handle just as well. We hope Volvo can get around this for future Polestar models.

Safety-wise, the S60 is the best equipped Volvo on the market, featuring eight airbags, a comprehensive stability control system, and radar-guided cruise control. The radar-guided cruise control is right up there in terms of its functionality. It always feels one step ahead of you, and operates fluidly with surrounding traffic. It will even come to a complete halt if the car in front of you suddenly stops.

The other new standout feature is active high beams, leaving you to drive with maximum vision while the system hovers black spots over oncoming cars. It does take some getting used to, but you eventually learn to trust it. Don’t get us wrong, though, autonomous features shouldn’t be abused or taken for granted.

Visually the Polestar is at its most stunning in Rebel Blue (as tested), but customers can also opt for Passion Red, Black Sapphire, or Ice White. Unlike a lot of the other high-end European performance cars, the options list is small and only consists of an electric sunroof (adds $2,650). 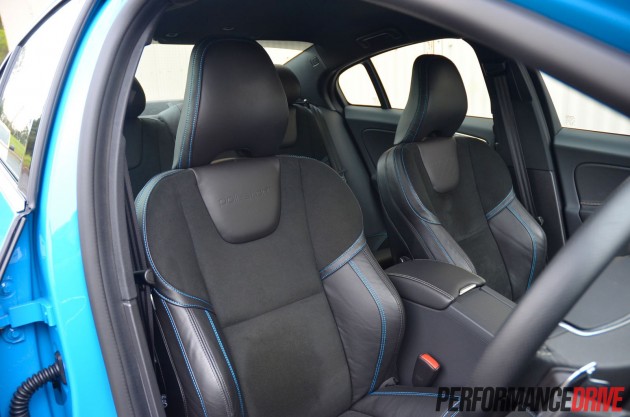 With 257kW and 500Nm on tap, the Polestar doesn’t have any trouble getting moving. Roll-on acceleration is probably its best asset, other than its ability to drive fast during treacherous conditions. The Haldex all-wheel drive system is the very latest version and it has been specifically optimised by Polestar for the S60. It does a stellar job as far as traction and grip is concerned, making it virtually impossible to bring the Volvo unstuck.

The S60’s 3.0-litre turbo six-cylinder is music to the ears. There’s no dual-mode exhaust, just a stainless-steel item that sings a roaring song. There’s also a distinctive turbo whistle as you ride the wave of torque through the gears. And if you listen close enough, you can hear a flutter when stepping off the throttle – you can’t help but giggle every time that happens. We timed 0-100km/h in 4.9 seconds and 0-200km/h in 18.8 seconds.

Driving enthusiasts will love the 20-way adjustable Ohlins suspension setup front and rear. What they might not like is to adjust it you need to get under the car. The setup is best left in a softer setting for the road, mainly because the Polestar’s ride is already quite firm. The Ohlin package is a simple to use system; turn left or right to harden or soften the setting.

Where the Polestar does lack though is steering feel. It is a fun car to push through a twisty road, but a more responsive system would transform the car. The lack of feedback, comparatively in this segment, doesn’t take away from what the car is actually capable of, though. The S60 is able to hang on, pushing you to search hard and long for its limits. Understeer only intrudes when you punch the loud pedal too early mid-corner, with everything else being sorted out by the Haldex system.

The six-speed automatic operates very smoothly around town and while cruising, but it does lack a certain sharpness as you demand more and more from it. Shifts aren’t as quick as you hope when driving hard, and are just as delayed on downshifts. The paddles do add to the theatrics of the updated model, but the gearbox really needs to be more responsive to get super excited about it.

Like we mentioned earlier, the new beefed-up braking system for the 2014 model is a very welcome evolution to the S60 Polestar’s timeline. The 370mm two-piece rotors up front are impressive, helping to pull the sedan up time and time again without fuss. Pedal feel is also very good.

One item we’d love to see the S60 Polestar include is a dedicated ‘sports’ button. You can enter the car’s on-board computer and turn DSTC off (dynamic stability traction control), but that just stops electronic interference. We’re talking about a do-all button that turns all the aids off, and perhaps even initiates an overboost function. Now that would be cool.

The Volvo S60 Polestar has come a long way in a short amount of time thanks to Volvo listening to feedback from consumers, and no doubt from its own testing and desire to deliver a quality product. The S60 Polestar doesn’t have the same appeal or edge as say, a Mercedes C 63, but it’s just as comfortable and fast in its own right. It’s also significantly cheaper than the competition.

It is however almost $30,000 more expensive than the S60 T6 R-Design, which also uses a 3.0-litre turbo six-cylinder, producing only 15kW less than the more hardcore model before you.

The Polestar model isn’t just about power, though, it’s about the full package; Ohlins suspension, uprated brakes, engine and transmission tuning, wheels, chassis tweaks… all areas have been addressed. And going by the evolution of this current model, Volvo, together with Polestar, will only make better cars as time goes on.

CONS:
– Six-speed auto not special enough
– Steering not as precise as rivals
– Only 15kW more than the $72k T6 R-Design
– Front spoiler is your driveway’s worst enemy 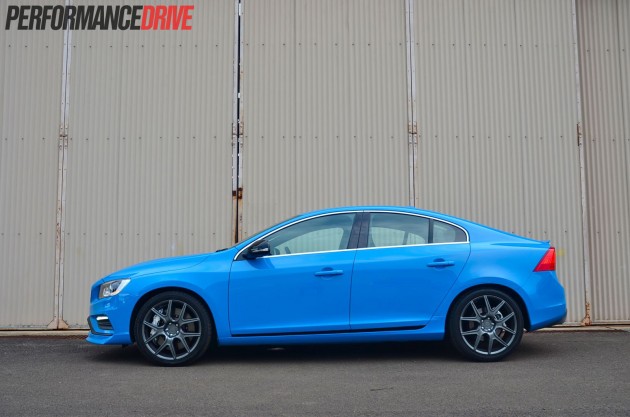