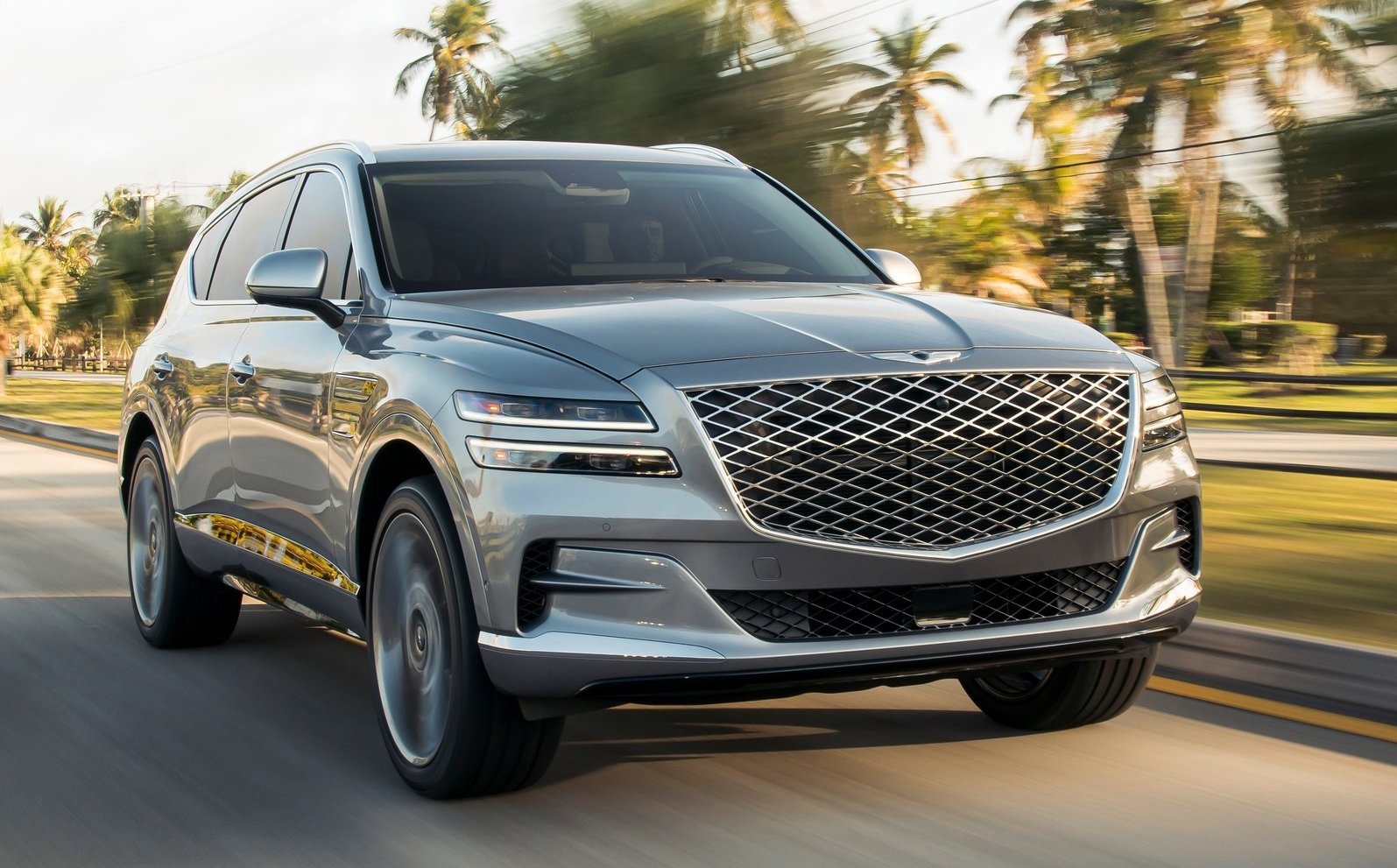 The all-new Genesis GV80 is getting ready to launch in Australia in October. And to build the excitement, the local arm has just confirmed full lineup details and starting prices. 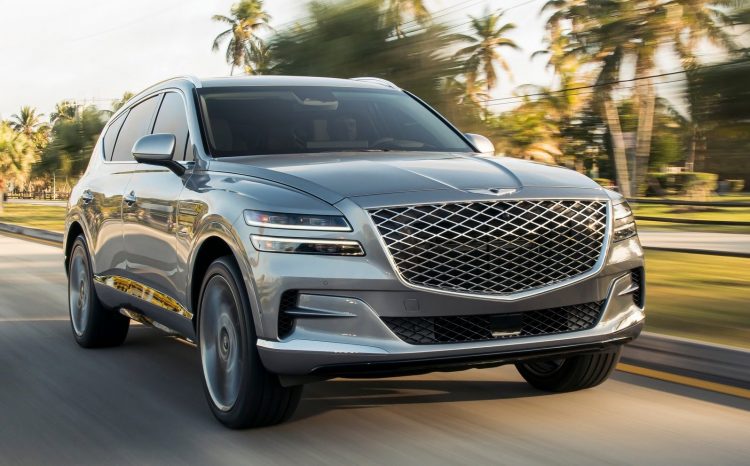 This is a very big deal for the Hyundai-owned brand as it is the first Genesis SUV. It’s expected to compete with the likes of the Audi Q7, BMW X5, and Mercedes-Benz GLE, although the Federal Chamber of Automotive Industries in Australia is yet to officially classify the model.

Three main variants will go on sale in Australia, including two featuring a 2.5-litre turbo-petrol four-cylinder (RWD and AWD), as well as a 3.0D AWD diesel and 3.5T AWD petrol. Genesis will also be offering a special Luxury Package across the board, as well as a matt paint option across the board.

Kicking off with the entry 2.5T. This adopts Hyundai Motor Group’s new 2.5-litre Smartstream turbo, developing 224kW and 422Nm. It comes matched to an eight-speed automatic and either rear-wheel drive or all-wheel drive. Both use 20-inch alloy wheels wrapped in 265/50 tyres, suspended by conventional suspension (non-adaptive). 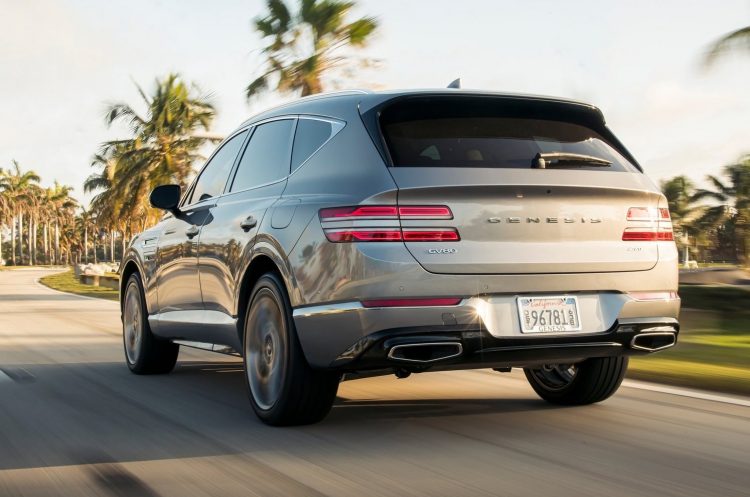 Stepping up to the 3.0D gets you a brand new 3.0-litre turbo-diesel inline-six. This is the first application of the engine, and it produces a healthy 204kW and 588Nm. It also comes matched to an eight-speed automatic, however, only all-wheel drive will be available and there’s an e-LSD fitted as standard (limited-slip differential). The 3.0D uses 22-inch alloy wheels wrapped in 265/40 tyres, suspended by an advanced Road Preview Adaptive suspension technology.

At the top of the range is the 3.5-litre turbo V6. It churns out an impressive 279kW and 530Nm, also matched with the eight-speed auto, all-wheel drive and with the e-LSD. The 3.5T also uses the same 22-inch wheels and adaptive suspension as the 3.0D.

Instead of dissecting the range even further with separate features and unique appointments, all three powertrain options come extensively equipped as standard. The interior is decorated and furnished in genuine leather and open-pore wood trimming, and it’s all showcased with adjustable ambient lighting. 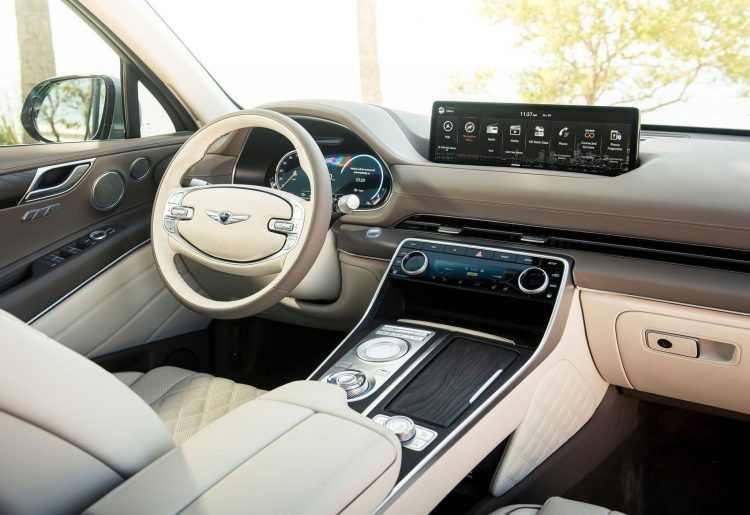 All models present a 14.5-inch touch-screen media interface on the dash featuring Android Auto and Apple CarPlay, as well as sat-nav, digital radio, and a 21-speaker, 1050W ‘Lexicon by Harman’ sound system as standard. Wireless phone charging is also fitted to all, along with dual-zone climate control with independent temperature adjustment for the second row. 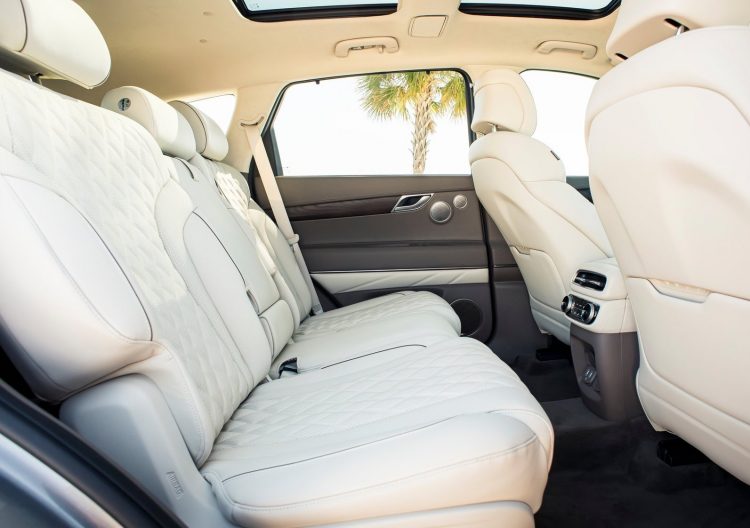 Like all new Genesis vehicles, the GV80 will come backed by a five-year/unlimited kilometre warranty, with five years free scheduled servicing, and five years ‘Genesis To You’ and valet services, and five years roadside assist. No other premium brand offers this level of coverage in Australia.

The Genesis GV80 will hit the market in October, as mentioned, with prices confirmed to start from the following (excluding on-road costs):