Gaming console control specialist Thrustmaster (interesting name, we know) has come up with a Ferrari 458 steering wheel replica controller for use with Microsoft’s Xbox 360 gaming platform. 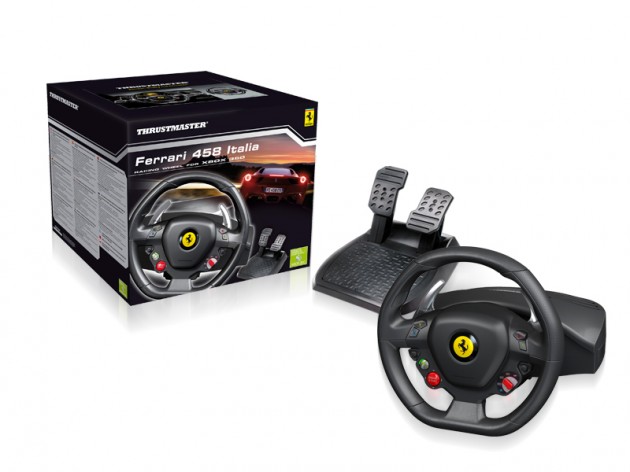 The Ferrari 458 wheel features a 28cm (11-inch) rim with rubber grips, for those times when you’re doing lap after lap on the Nurburgring or while chasing down a check point, with metal trimmings. The Ferrari 458 wheel also features progressive turning tension for heightened realistic feedback.

The Thrustmaster Ferrari 458 steering wheel is the ideal tool for playing games such as Forza Motorsport and Need For Speed. It comes with foot pedals for the brake and accelerator, and, every time you glance down, you get to see the Prancing Horse Ferrari logo.

Remarkably, the Thrustmaster Ferrari 458 steering wheel won’t cost as much as a real Ferrari as one might expect. Instead, Thrustmaster will be asking just US$89.99 when it hits the stores in October. Just in time for Forza 4 then.