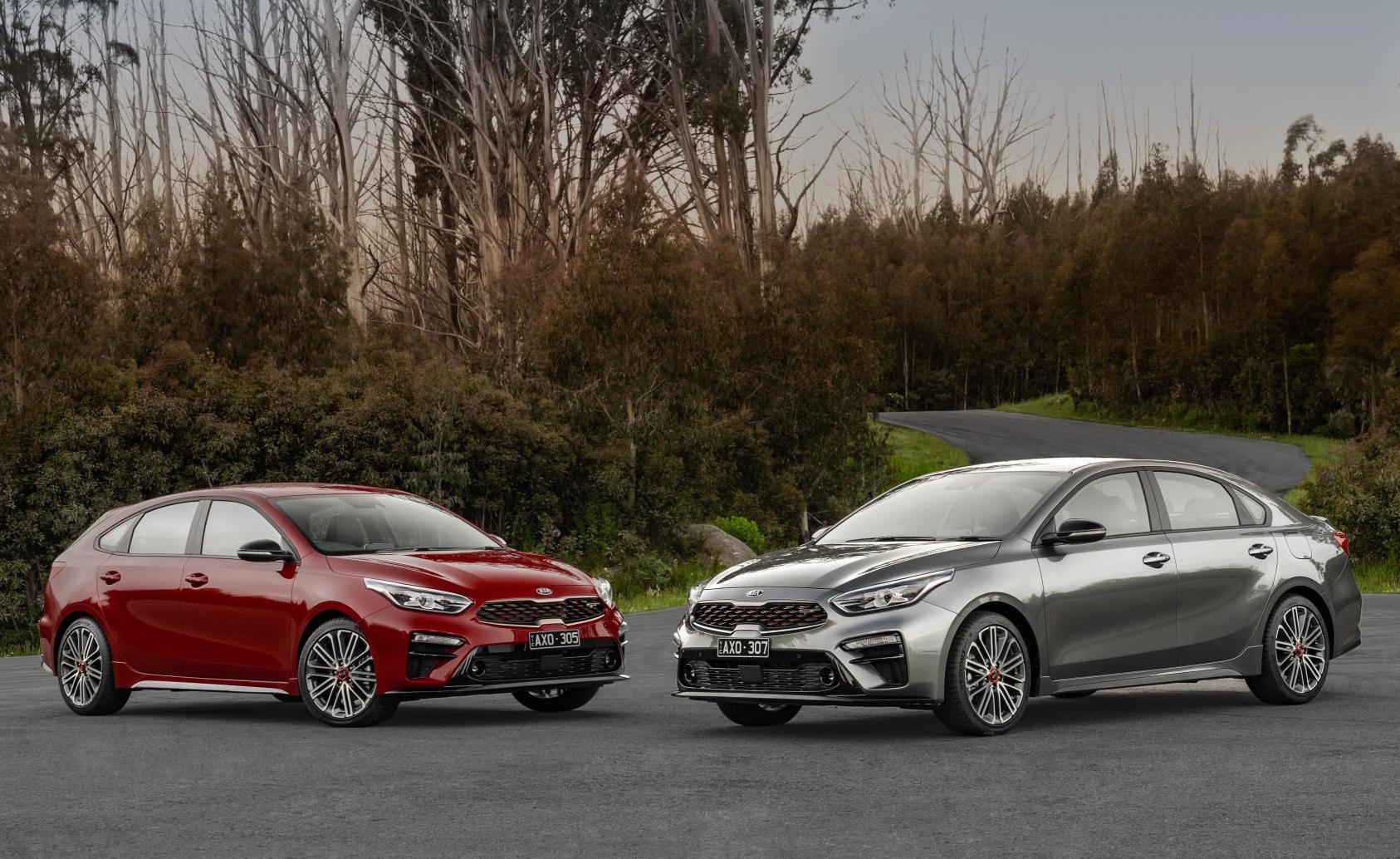 Those in the market for a sporty hatch or small car will be excited to hear Kia Australia has just announced the new Cerato GT. It comes with a gutsy turbo engine, and sits at the top of the range like other GT models in the Kia showroom. 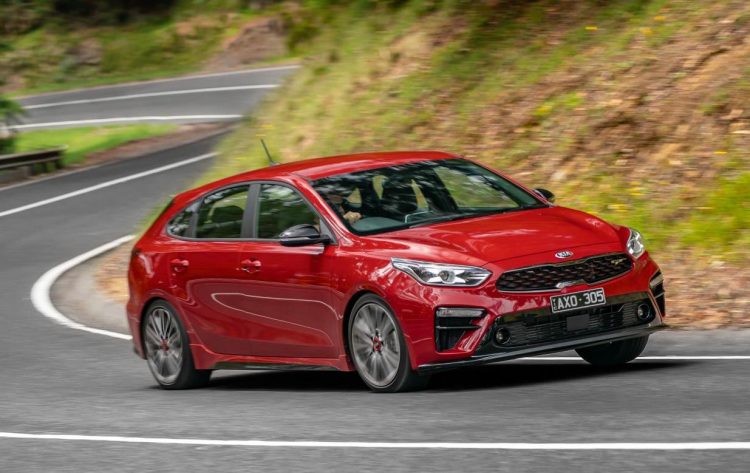 Starting with the engine. Under the bonnet is Hyundai-Kia’s 1.6-litre turbo four-cylinder that produces 150kW and 265Nm. It comes exclusively matched to a seven-speed dual-clutch auto transmission with front-wheel drive, with a sport mode for spirited driving stints.

Fuel economy across the combined cycle is rated at 6.8L/100km, making it the most fuel efficient Cerato in the range. Lesser variants that use a 2.0-litre non-turbo (112kW/192Nm) offer a consumption average of 7.4-7.6L/100km, depending on the transmission choice.

Being the sporty variant, the GT showcases plenty of bespoke highlights. There’s a set of 18-inch alloy wheels wrapped in 225/40 Michelin Pilot Sport 4 tyres, while braking performance is enhanced with a set of 305mm front discs (up form 280mm), and standard 262mm rear discs. 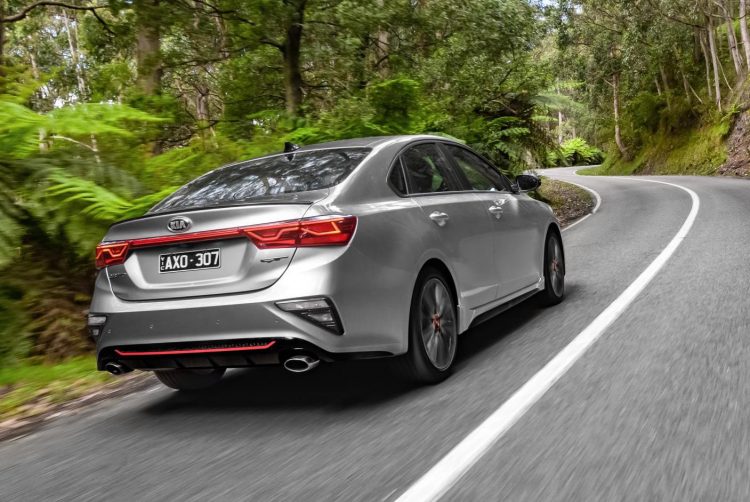 Dedicated sports suspension brings the body down 10mm lower than the previous model, or 5mm lower than the standard new Cerato. But more importantly, the Cerato GT uses independent rear suspension as opposed to the torsion beam setup on all other Cerato variants. This should help with overall stability and handling precision.

Speaking of handling, the new Cerato already uses a body that’s 16 per cent stiffer than before, and the steering feel is enhanced via a second-gen ‘column-mounted motor driven power steering’ (C-MDPS) system. Revisions have been made to the steering to reduce artificial feel and friction.

It’s not all about sportiness, though. The Cerato GT is the new flagship, so it comes with all of the fruit available. Advanced safety tech such as autonomous emergency braking with pedestrian detection, LED headlights and taillights, lane-keep assist, rear cross-traffic alert, and driver attention alert are all standard on the GT. 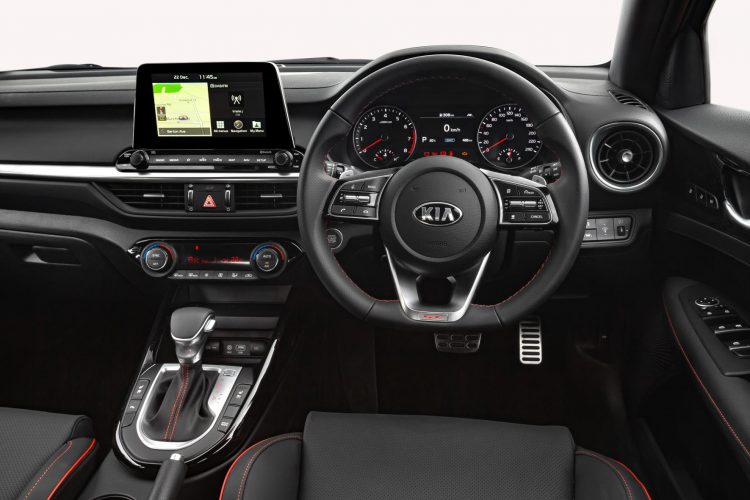 Kia Australia says the new model is on sale now in hatch and sedan format, with drive-away pricing available from launch. See below: