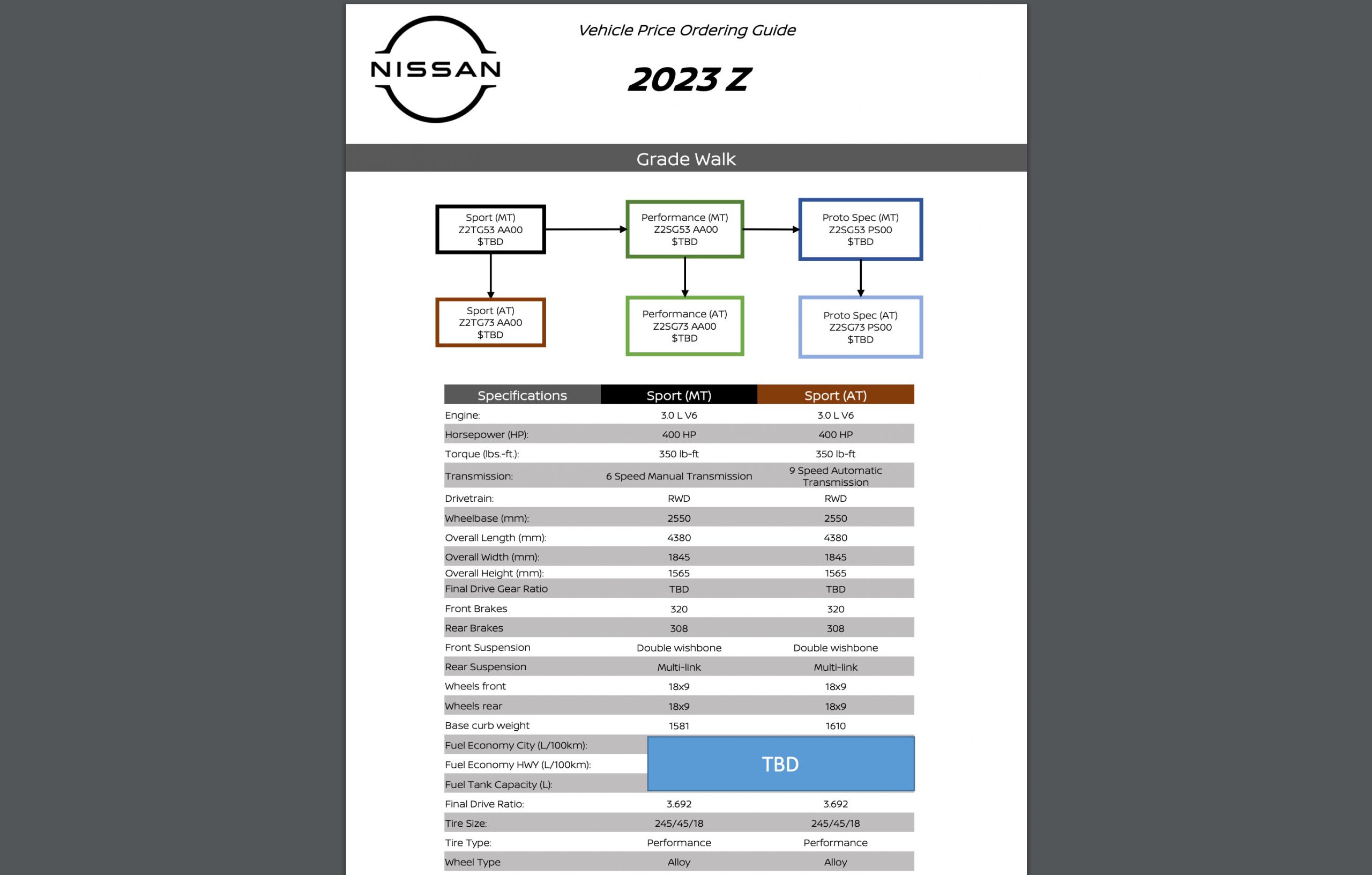 The incoming 2022 Nissan Z Coupe looks like it has put on some weight over the 370Z, according to initial order guides surfacing in Canada recently. However, with more power from the new twin-turbo engine the resultant power-to-weight ratio more than makes up for it. 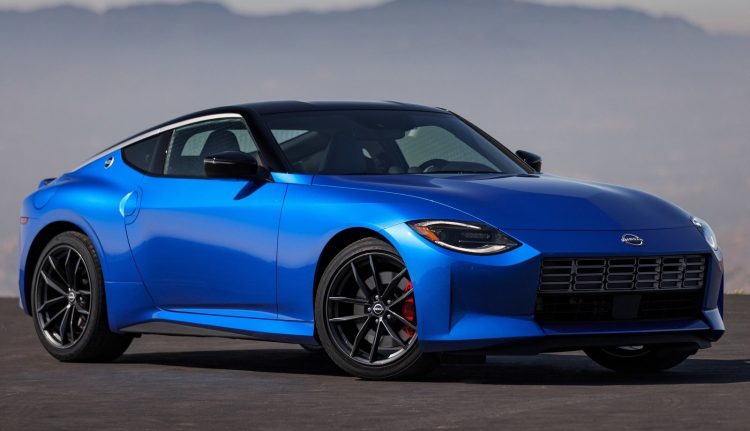 An order guide from Canada, revealed by NissanZClub, outlines some of the key specs of the new sports car, including details surrounding its weight. It says the base model, called the Z Sport in Canada, weighs in at 1581kg (kerb) for the manual and 1610kg for the nine-speed auto version. 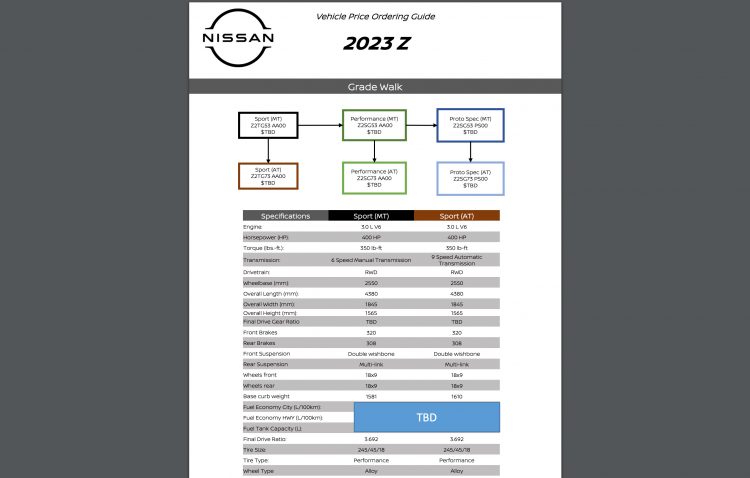 Further up the range the Z Performance variant, featuring 19-inch alloy wheels instead of 18s on the base model, a beefy Bose sound system and heated seats, is listed as weighing 1604kg in manual form and 1634kg in auto form. There’s also mention of a flagship Z Proto variant weighing the same.

Overall, that is a modest weight gain in our view considering the new model does feature added safety tech and luxuries over the comparatively bare 370Z. The new engine, as we already know, is a ‘VR30’ 3.0-litre twin-turbo V6 which is likely heavier than the naturally aspirated 3.7L V6 in the 370Z as well – turbochargers and manifolds weigh quite a bit. Interestingly, the Canadian version does come with an “engine block heater”, which would add weight and might not be included in every region – Canada has extremely cold winters. 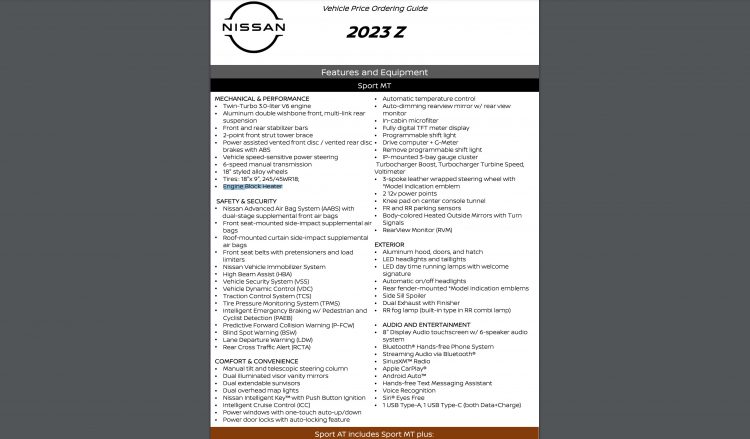 The order guide reaffirms the 298kW and 475Nm outputs previously confirmed, carried over from the Infiniti Q50 Red Sport and others that have been out for a few years now. That’s a power increase of 53kW and a torque lift of 112Nm.

A quick calculation reveals a new power-to-weight ratio of 5.30kW:kg, which is superior to the outgoing 370Z’s ratio of 6.16kW:kg (based on the 1511kg kerb weight figure). Perhaps more importantly, the additional torque and improved torque-to-weight ratio should mean the new Z is significantly quicker than the 370Z overall.

Nissan Australia has confirmed the new Z Coupe is scheduled to launch locally during the middle of 2022. Prices and specs are yet to be outlined.