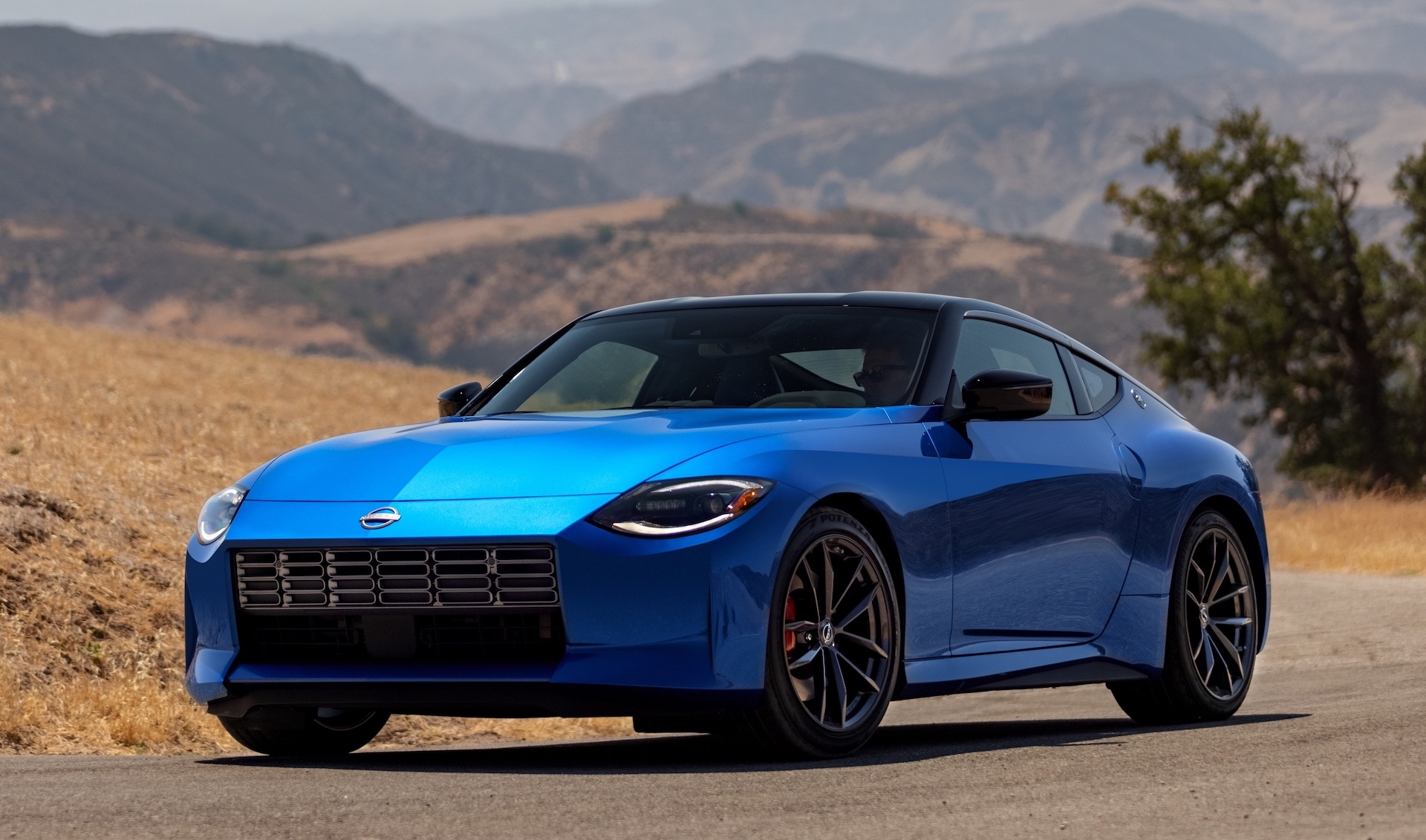 Nissan has today officially lifted the lid on the highly-anticipated 2023 Nissan Z sports car, as promised. The seventh-generation Nissan Z car has ditched the numbers and gone back to basics in terms of its name, but it is the most powerful, most advanced, and safest iteration yet. 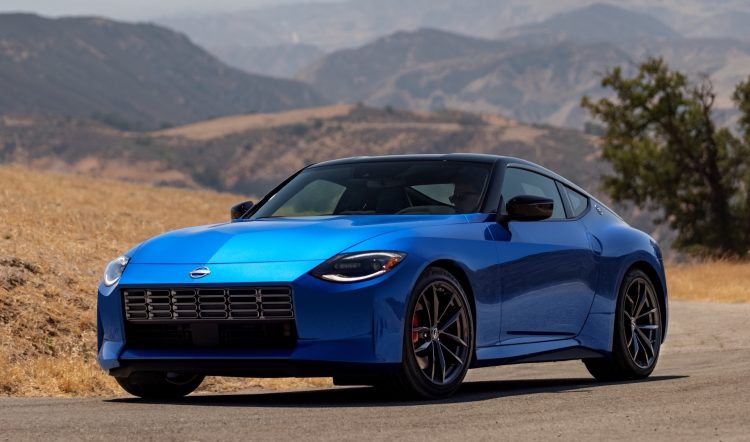 The styling features a relatively clean bonnet that is identical to the Z Proto concept that first popped up nearly 12 months ago. Nissan has continued its tradition of long, sweeping bonnets with a silhouette that looks to be inspired by the 1969s 240Z, with a rear-end no doubt borrowed from the 300ZX of the ’90s.

More important than the name and even the styling, though, is what’s under the bonnet. Nissan has fitted a 3.0-litre twin-turbo V6 pushing out 298kW and 475Nm, paired with the option of a six-speed manual or Jatco-sourced nine-speed automatic transmission. Power is thrown to the rear wheels. 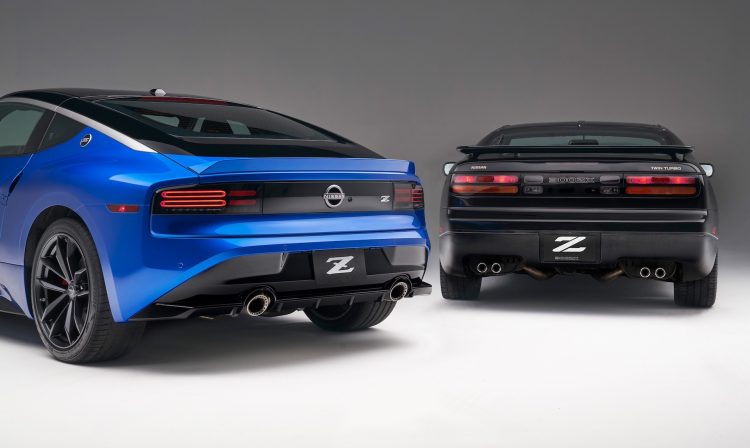 Nissan says that the all-new turbochargers offer all 475Nm of torque across 50 per cent of the rev-range, while the engine can rev out to 6800rpm.

Overall, this marks a 53kW and 112Nm increase over the Z’s predecessor, the 370Z, which utilised a naturally aspirated V6 that stretched out to 7500rpm. Estimates from Nissan suggest the new Z is capable of 0-60mph (0-97km/h) in about 4.5 seconds, while the top speed is yet to be confirmed.

The powertrain features a carbon-composite driveshaft, with a heavy duty clutch supplied by Exedy, with automatic variants packaged with launch control and aluminium gear shifters from the Nissan GT-R, and manual variants receiving rev-matching as standard. 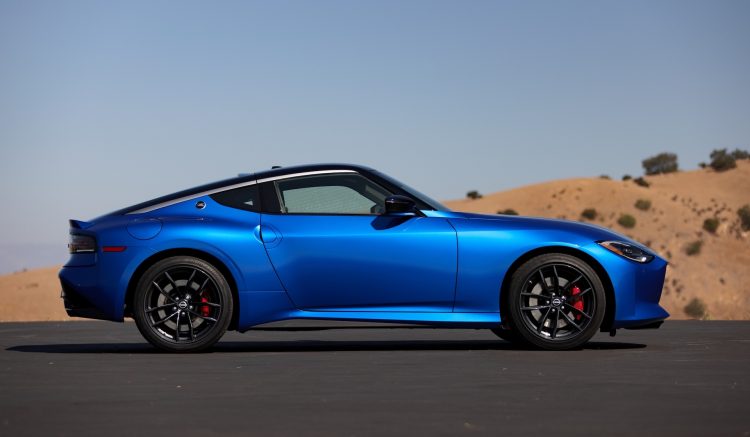 Nissan says the Z will be offered in two main variants; the entry-level Sport and flagship Performance. The Performance comes fitted with a mechanical limited-slip differential as standard, as well as a variable exhaust system and two settings for the suspension; the firmest of which offers 13 per cent more grip, according to Nissan.

As standard, the entry-level Z Sport rides on a set of 18-inch alloys with 245/45 front and rear sports rubber from Yokohama, with stopping power provided by 320mm front and 307mm rear disc brakes which are crunched by two-piston front and single-piston rear calipers.

The latest Nissan Z is 4379mm long, 1844mm wide and 1316mm tall, making it around 114mm longer than its predecessor, while maintaining a very similar width and height stature. Despite the added length, the wheelbase of 2550mm remains the same. 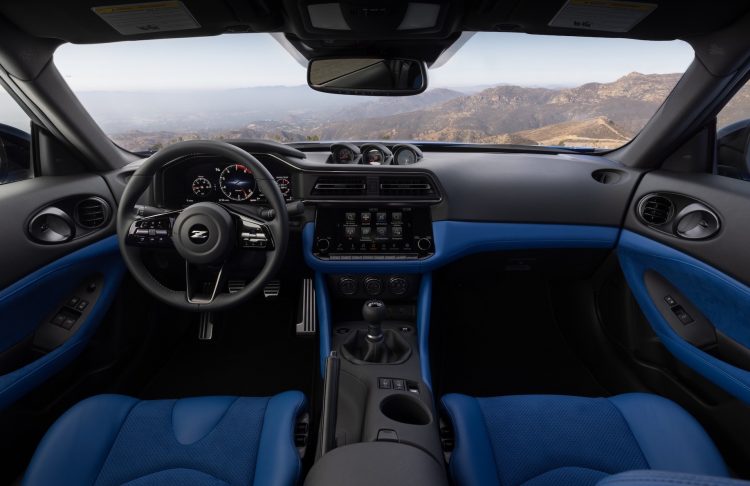 Inside, there’s a 12.3-inch driver’s display paired with a 9.0-inch infotainment system packed into a driver-focused dash and console, with black and blue leather interiors showcased in the previews we’ve seen so far. An eight-speaker sound system from Bose, keyless entry, reversing camera, climate control and three-spoke leather steering wheel come as standard.

Nissan has confirmed the Nissan Z will make its way to Australian shores some time in 2022, although local prices and specs are yet to be confirmed.