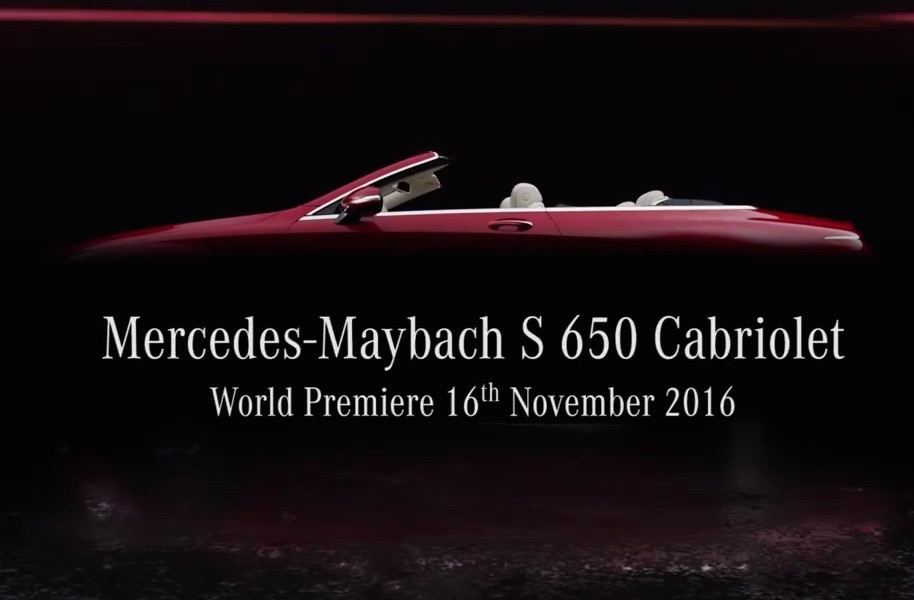 Mercedes-Benz has confirmed it will be unveiling an all-new convertible Maybach at the Los Angeles Auto Show later this month, based on the S-Class cabrio. 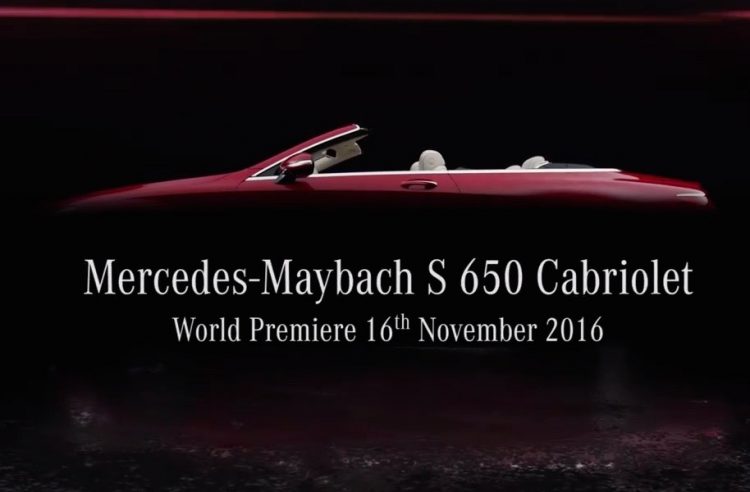 So far only this teaser video has been released but it does give us a pretty good look at both the exterior and interior. And as you can see, it will be largely based on the S-Class, featuring a very similar body and major trimmings including the taillights.

According to the badge on the back the luxury land yacht will feature a ‘650’ engine. As no such unit currently exists we can only assume it will be based on the 6.0-litre twin-turbo V12 that’s used in models like the S 600 and S 65 AMG.

The engine could belt out as much as 463kW – or more – with up to 1000Nm – or more. Whatever specs the company goes for we’re sure it will offer exceptional performance with an unholy top speed of over 300km/h.

As with all Maybach models though speed isn’t the primary focus. This drop-top will be just as much about pampering luxury and wafting along the road like a canoe through custard. Expect plenty of comfort-oriented technologies, like automated doors and body-monitoring computers.

The full reveal will take place at the opening of the LA show, starting November 16. Take a look below for a preview. Oh, and if you’re interested in buying one we suggest you start throwing money at Mercedes now as it looks like only 300 will be made.

Posted by Mercedes-Benz on Saturday, November 12, 2016