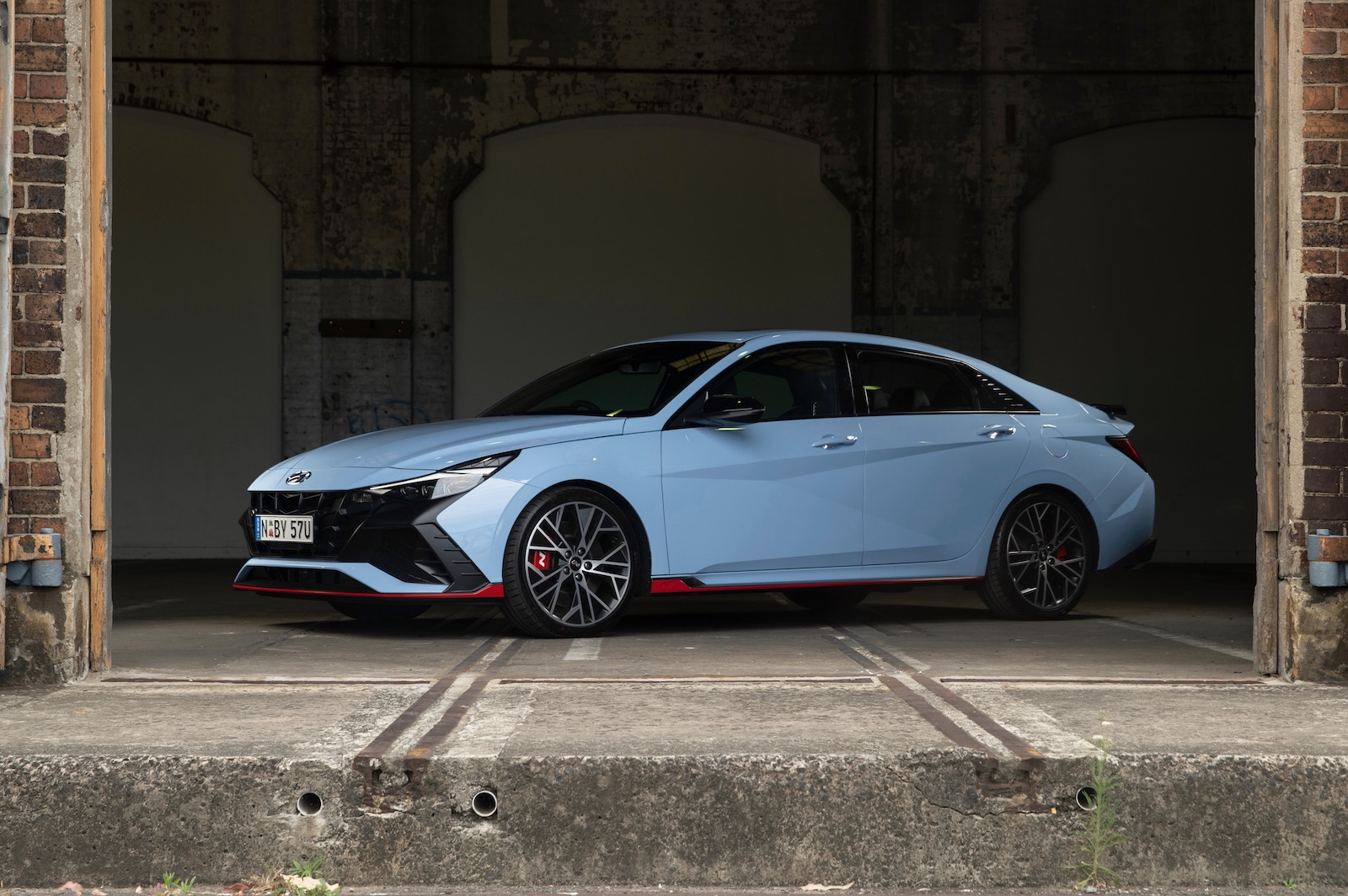 Following its initial debut in July, Hyundai Australia is now ready to launch the hot new i30 Sedan N, otherwise known as the Elantra N in some markets. It joins the superb new i30 Sedan lineup, including the N Line. 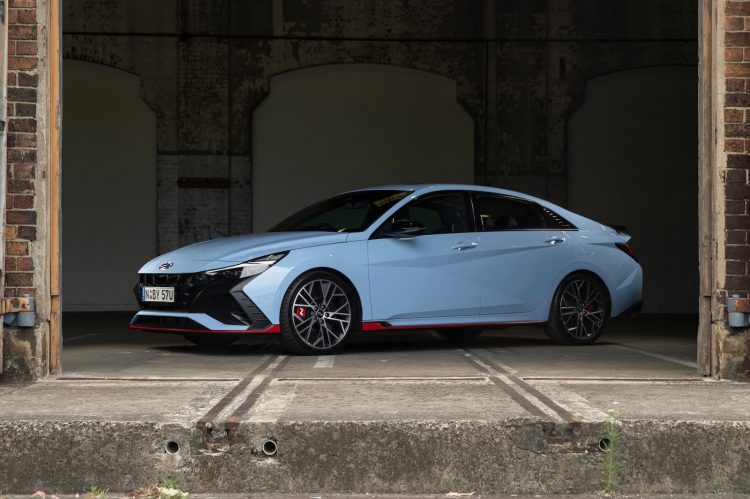 First thing’s first, this becomes Hyundai’s quickest-ever petrol vehicle to hit Australian showrooms. The claimed 0-100km/h time of 5.3 seconds edges just in front of the i30 N hatchback DCT, claimed at 5.4 seconds (although we’ve done 5.19 with a Vbox), and then the Kona N’s official claim of 5.5 seconds.

What’s involved? The new i30 Sedan rides on a newer platform called the K3 (hatch rides on K2), which itself brings some improvements in packaging and dynamics, while power comes from the same updated 2.0-litre turbo four-cylinder as the new N hatch, producing 206kW and 392Nm.

However, the biggest contributing factor to its acceleration is likely due to the use of 245/35 Michelin Pilot Sport 4S tyres, which are wider than the 235 Pirelli P Zeros featured on the i30 N hatch, and Kona N for that matter. 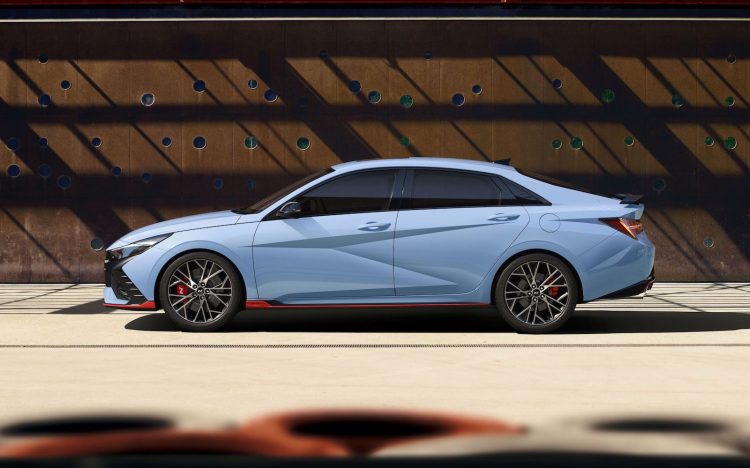 In Australia the i30 Sedan N is being offered with an eight-speed dual-clutch automatic as standard, or a no-cost optional six-speed manual (5.8 seconds 0-100km/h claim). From there, power goes into a front-wheel drive system via a limited-slip differential.

The new model gets the usual sporty N treatment, inside and out. For the exterior there’s a neat bodykit with red highlights for the skirting, along with bespoke machined-face 19-inch alloy wheels, black window trims and side mirrors, and a scattering of N badges. 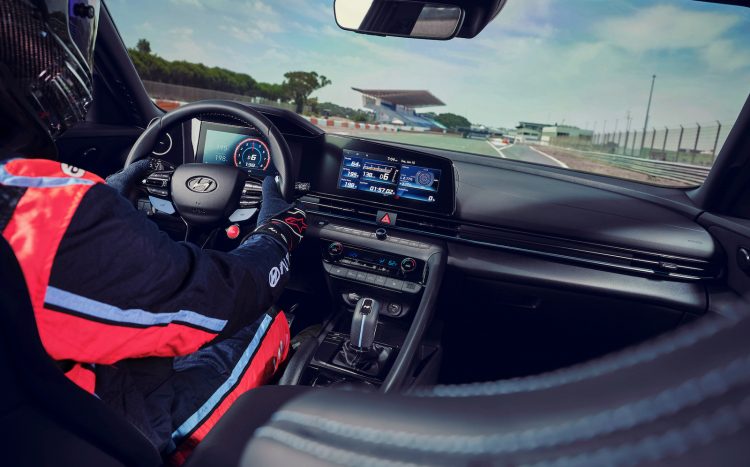 Inside, passengers are treated to special sports seats with leather, a pair of 10.25-inch digital screens, and the usual array of exciting drive modes and controls. There’s also an N performance menu within the touch-screen offering things like track maps and acceleration timers.

The 2022 Hyundai i30 Sedan N is officially on sale now from $49,000 (excluding on-road costs). PerformanceDrive will have a review and video up in the coming weeks.