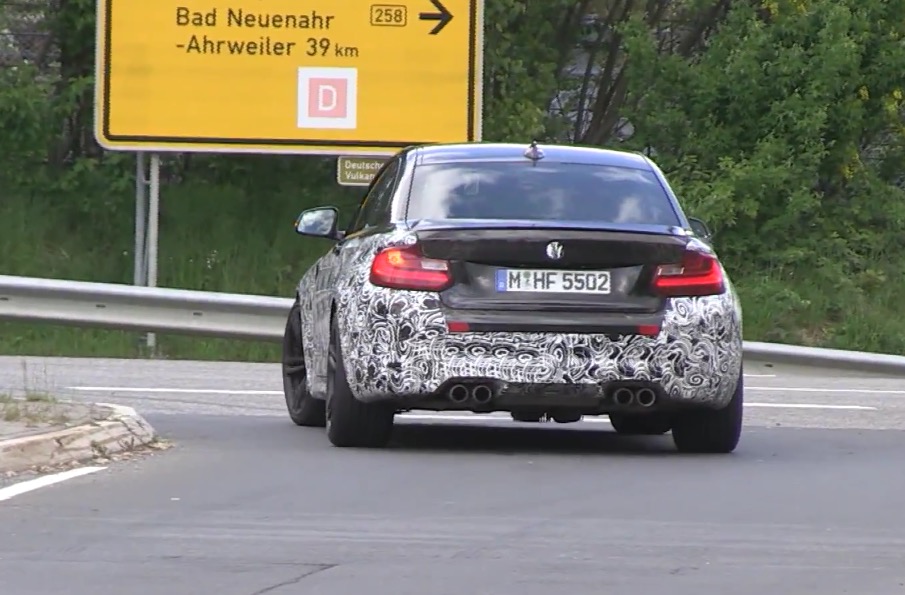 BMW has been spotted once again test driving a prototype version of the muscly new M2 super sports coupe, which could debut later this year. 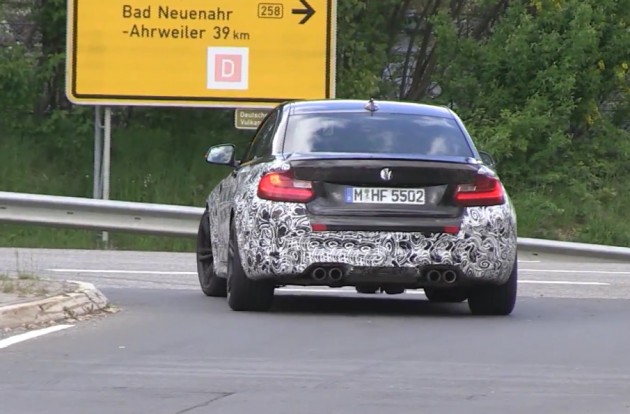 No further details have been confirmed since the last time we saw a prototype being punished around the Nurburgring. As far as we know the M2, sitting beneath the M4, will come with a 3.0-litre turbocharged straight-six engine producing around 270kW of power and 500Nm of torque.

BMW will obviously be making sure the model doesn’t step on the toes of the M3 and M4 in terms of outright performance and cross country agility. However, it is expected to come with a full suite of M chassis, suspension and braking components to make it perfect for the track and street driving.

As you can see, the prototype in the video shows off a subtle bodykit and aero trimmings in traditional M fashion. There’s a more aggressive front bumper bar with large air intakes, while the back gets quad-outlet exhausts surrounded by a chunky diffuser system.

Buyers can already buy the high-performance BMW M235i, which is an enhanced version of the 2 Series by BMW’s M Performance sub-brand. The sub-brand is different to M division, offering mild tweaks for what would be the 235i.

It’s still unclear if BMW will offer a manual-only configuration or if it will offer both auto and manual options. Click play below for a preview. All is anticipated to be unveiled by the end of the year, before hitting the market in 2016.