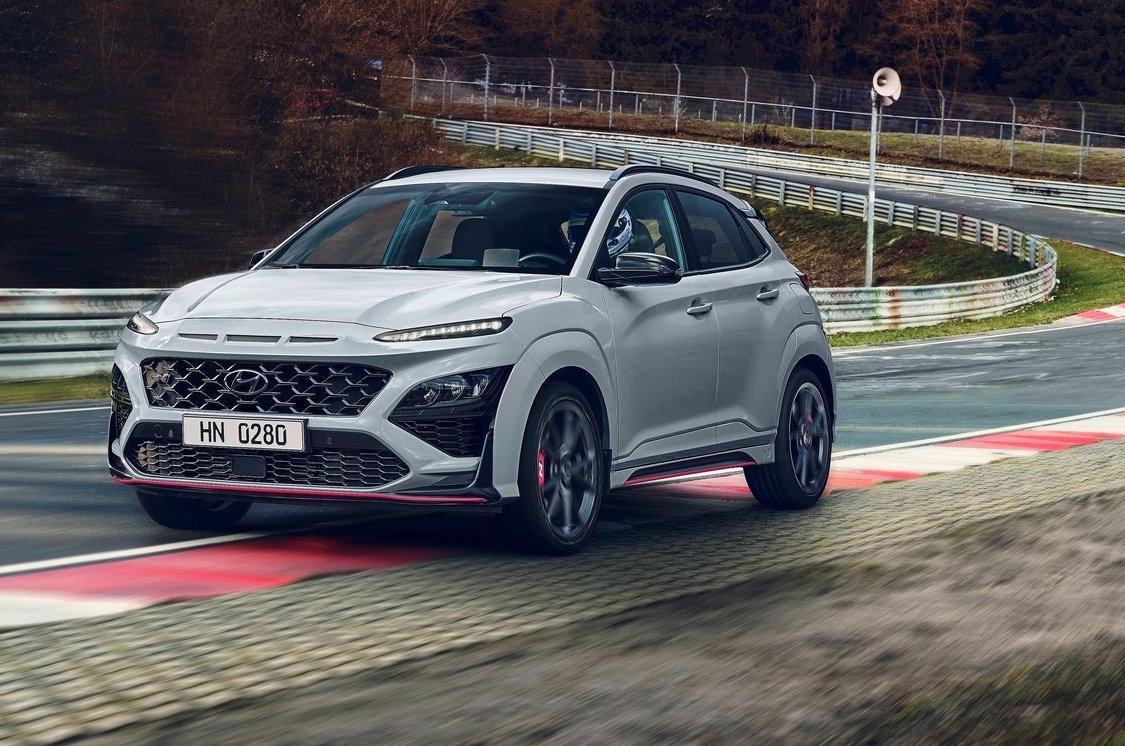 The segment-shattering Hyundai Kona N will arrive in Australia a bit later this year, with a starting price of $47,500. It comes in as the fourth main model from N division’s ever-growing lineup. 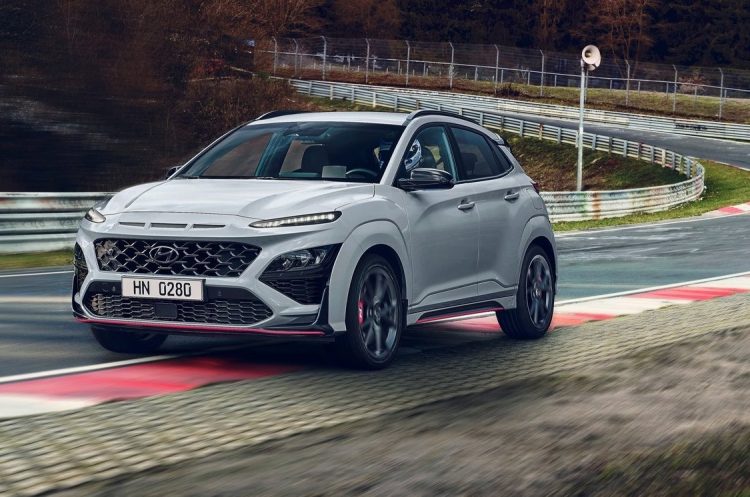 As previously revealed, the Kona N is powered by a 2.0-litre turbo four-cylinder engine that’s shared with the soon-to-arrive i30 N update. It produces 206kW and 392Nm, and up to 213kW during N Grin Shift mode.

The engine comes exclusively matched to an eight-speed dual-clutch auto transmission with front-wheel drive, however, an N Corner Carving electronic limited-slip differential promises to sort out the power delivery. Speaking of delivery, the company says 0-100km/h is done and dusted in just 5.5 seconds, while the top speed is 240km/h. Total weight is 1510kg, which is not bad for a serious and feature-packed SUV.

Perhaps the most interesting aspect about the Kona N is that it is the first proper performance SUV in its class. While most of the premium brands offer a performance variant of their small SUVs, the non-premium brands are yet to catch on. Until now. This means the Kona N will have no direct competition. It, potentially, could cause some cross-shopping though, pulling buyers away from the premium brands thanks to its more attractive price tag. 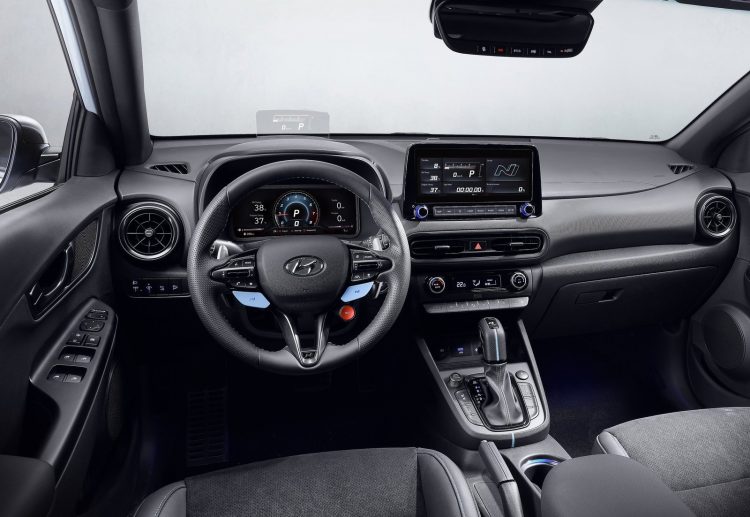 Hyundai Australia confirms it will be offering two variants, including the regular Kona N and the Kona N Premium. This is a similar setup to the i30 N. The Premium spec adds things such as head-up display, power-adjustable front seats with heating/cooling, and a sunroof, among other things.

The new model will go on sale during the third quarter, with prices starting from $47,500 for the base model and from $50,500 for the Kona N Premium (excluding on-road costs). See below for the highlight standard features: 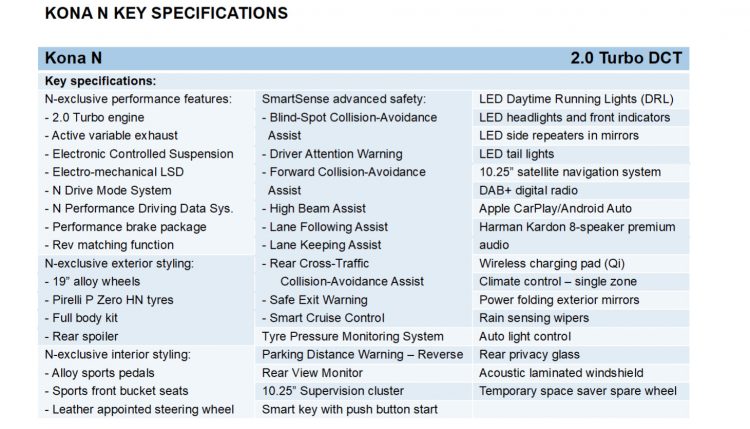 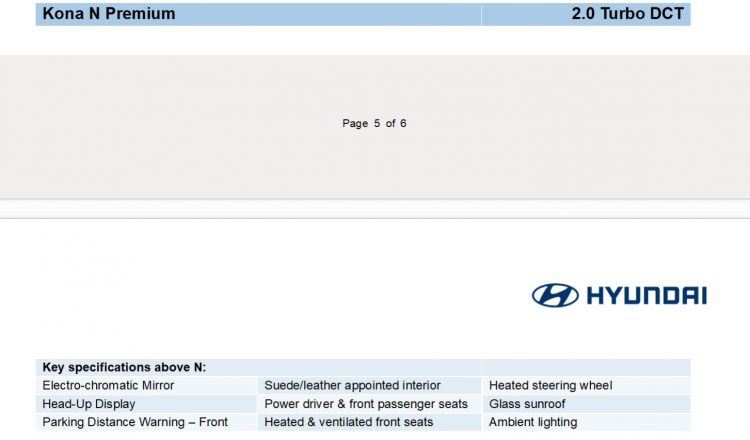