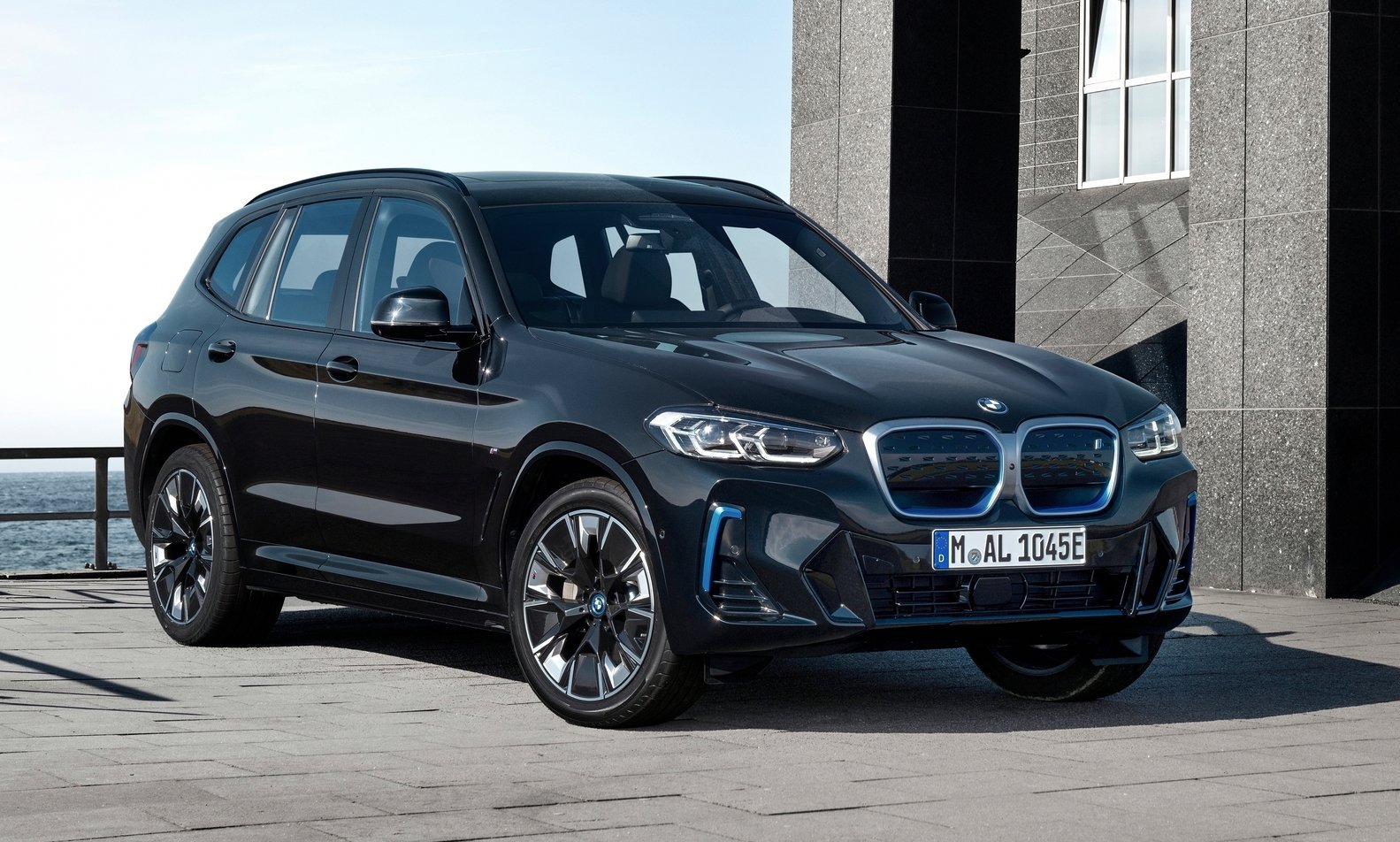 BMW Australia is getting ready to launch the all-new, fully-electric iX3 mid-size SUV in November, and has today confirmed the local starting price and features. 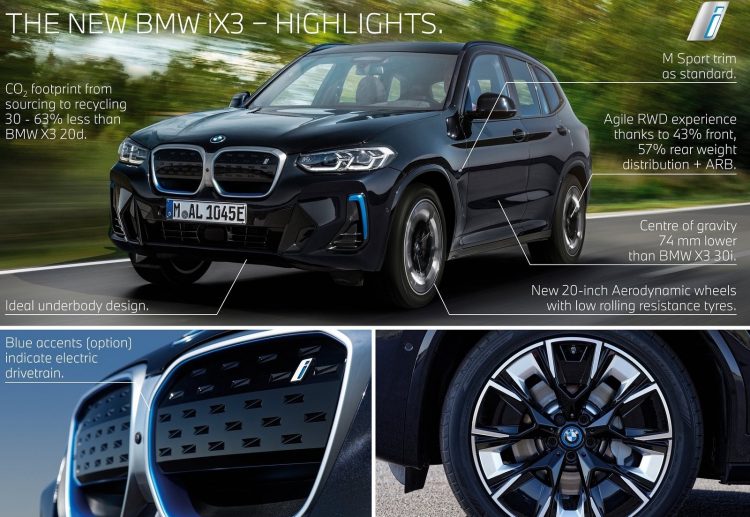 The iX3 is arriving late to the party, following the Jaguar I-PACE (review here), Mercedes-Benz EQC, and Audi e-tron. However, as they say, it’s better late than never. And the late arrival has allowed some time for BMW to fine-tune its formula.

What you need to know is the iX3 is rear-wheel drive, promising traditional driving dynamics, with power supplied by an 80kWh battery. The battery feeds an eDrive electric motor at the rear axle, which can unleash 210kW and 400Nm, translating to a claimed 0-100km/h time of 6.8 seconds. 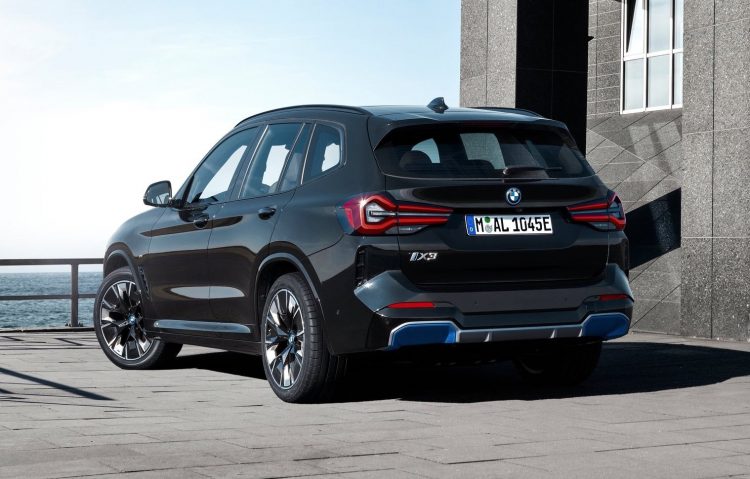 The battery supports fast-charging at up to 150kW, where it can be topped up from 10-80 per cent in just 32 minutes. Using a more conventional 50kW public charger, users can expect 0-80 per cent charge in 1 hour and 42 minutes. A standard household socket, at 1.8kW, requires 44 hours of charging to go from 0-100 per cent.

In Australia just the single variant is being offered, but customers can option for a range of upgrades and accessories. There’s the Laserlight headlight option, from $2000, as well as the Shadow Package from $2000, adding M Lights, tinted windows, and M high-gloss trimmings. 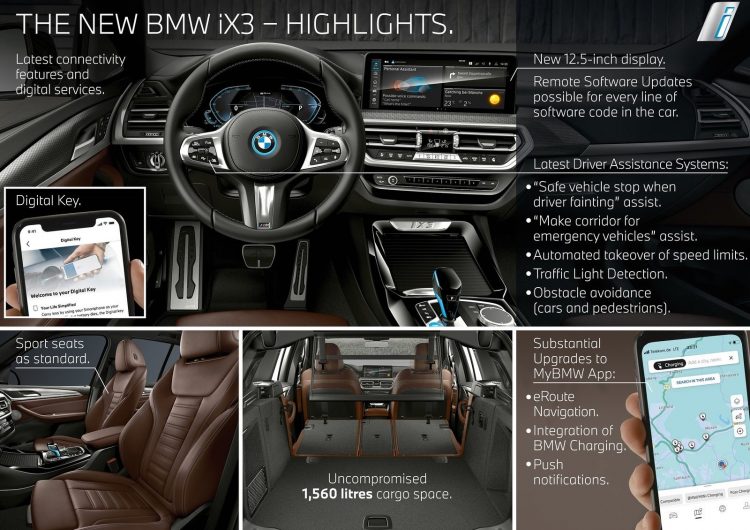 Being based on the X3, passengers are treated to a good level of legroom and headroom for the class, in the front and back. However, due to the battery, boot space drops from 550L to 510L compared with the regular petrol or diesel X3 (1560L from 1600L with the rear seats folded).

The iX3 is one of the first new all-electric ‘i’ models to arrive, with the iX large SUV to arrive later this year and the i4 sports sedan early next year. This new model has just launched globally, and showcases the new-look design applied to the regular 2022 X3.

Prices start from $114,900 (excluding on-road costs), and buyers are treated to a complimentary five-year subscription to Chargefox’s fast DC and Ultra Rapid charging stations around the country. See below for the standard feature highlights and further below for charging times. 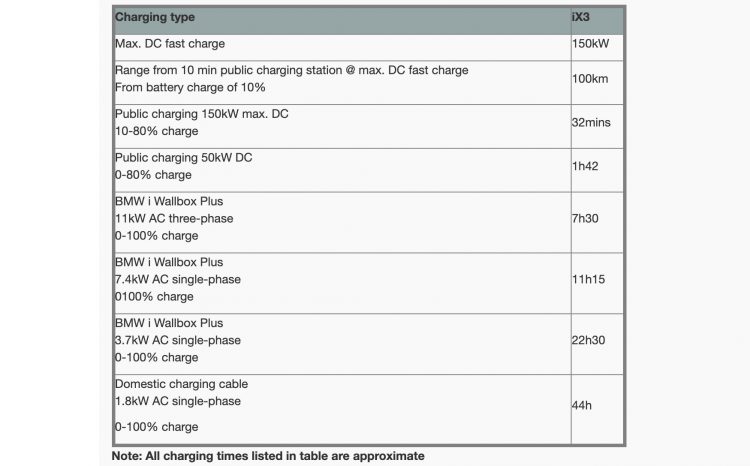