If you’re about to modify your Lambo, you’re obviously after something really, really special. Just like this DMC Lamborghini Aventador LP900 Molto Veloce performance package. 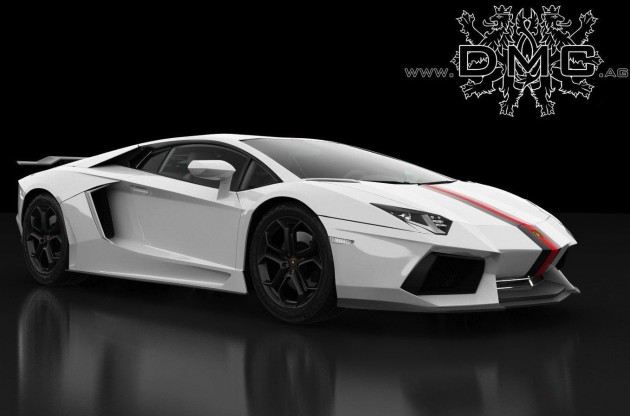 As the name suggests, power has been amped up from the standard 700 metric horsepower, to a colossal 900hp. That’s 662kW from a brand new Lamborghini Aventador.

Mechanical revisions implemented to boost the horsepower include an intricate new inlet manifold with 12 individual throttle bodies, new valves, a higher pressure fuel system and injectors, and a rehashed ECU and wiring setup.

So the show matches the go, DMC also offers a full bodykit package, consisting of a very sharp new front bumper bar and lower chin spoiler, new side skirts, and a carbon fibre deck spoiler at the back. There’s also some go-fast stripes running down the centre of the entire car.

If you’ve got the cash, would you?