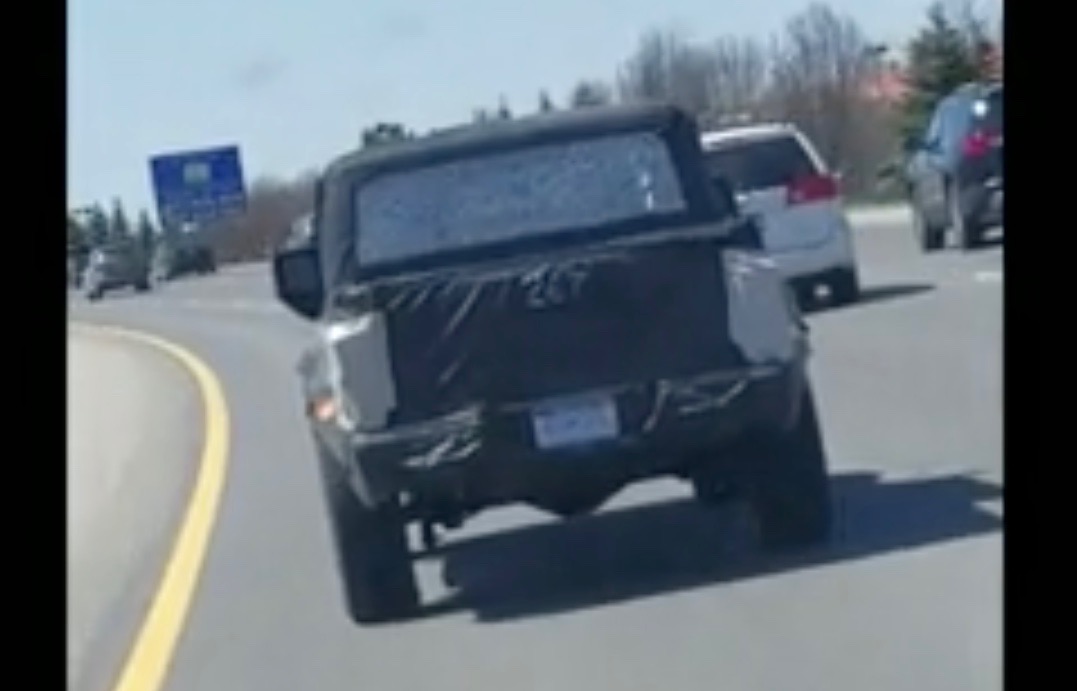 Jeep has been spotted testing a pickup prototype version of its Wrangler in the US. The pickup model is rumoured to adopt the name Scrambler, and is set to help Jeep compete in the popular and very competitive pickup segment in the US. 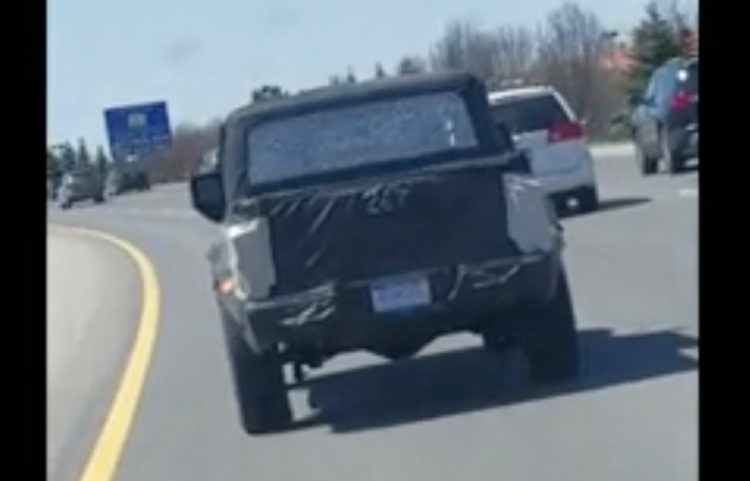 The Wrangler Scrambler is expected to be based on the latest Wrangler, and could adopt a majority of the powertrain options and running gear. Headlining the range will probably be the 3.6-litre Pentastar V6 petrol engine that develops 213kW, although the new 2.0-litre turbo might also make the cut, producing 201kW.

In the spy video we get a quick glimpse of the box tray which appears to use unique vertical-oriented taillights. Lots of camouflage and black sheeting covers the truck so we can’t see the full design, but it is likely to look pretty much the same as the Wrangler only with a tray at the back.

Although the medium-size Jeep isn’t set to be as heavy-duty as the full-size American trucks, namely the Ford F-150 and Chevrolet Silverado, it could offer superior off-road performance. Jeep prides itself on being able to get through the rough stuff, and with the latest Wrangler being described as the most capable model yet, the Scrambler ute version will no doubt carry across this trait.

Unlike the regular Wrangler, the Scrambler pickup might come with removable window pieces instead of completely removable panels. This should give it the open-top style the Wrangler is known for, while maintaining structural integrity now that the D-pillar is gone and replaced by the bucket area.

More details are expected to trickle out over the coming months, with a potential public debut taking place late this year. Production isn’t likely to begin until 2019. Any chance of an Australian introduction is yet to be known at this early stage. See below for the spy video.