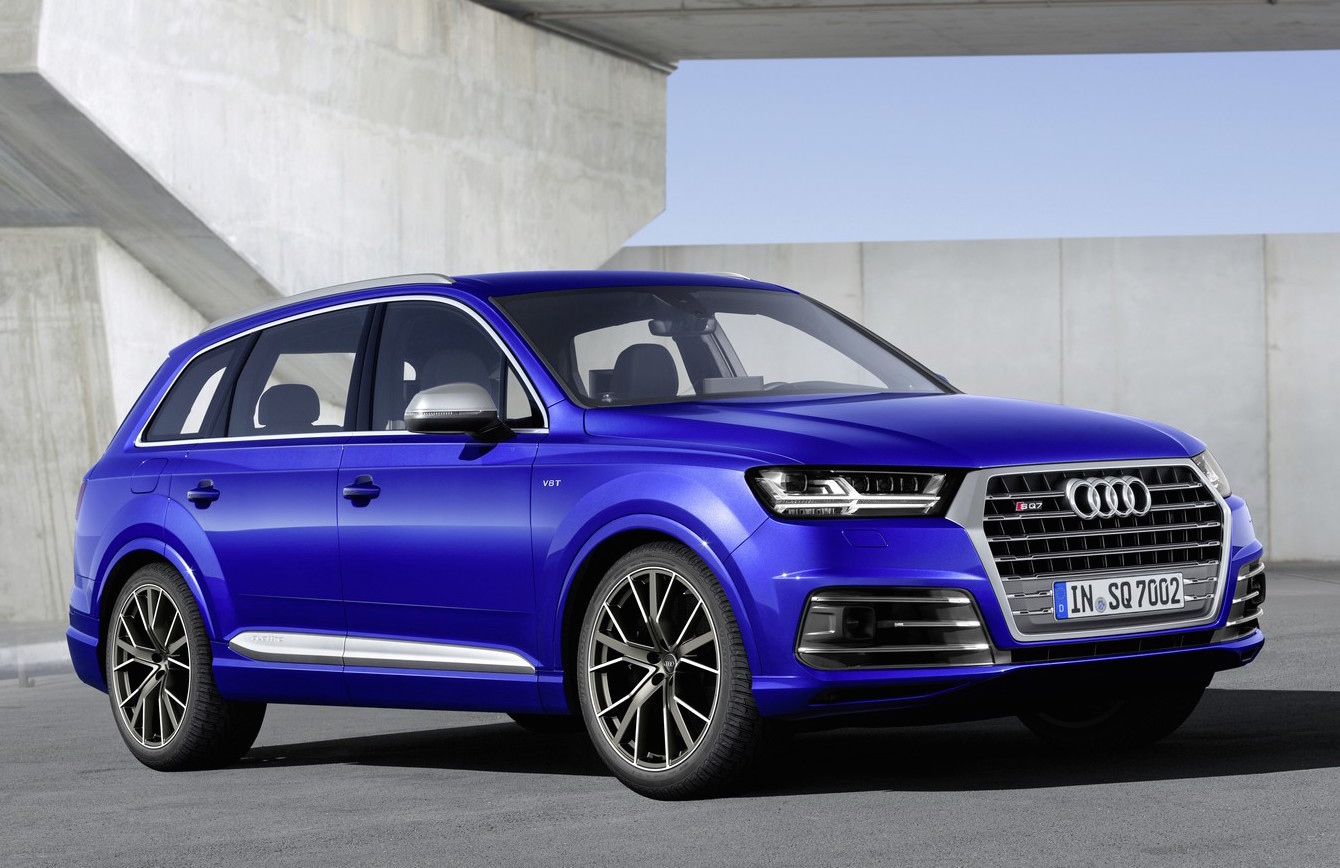 Audi has unveiled the high-performance version of the Q7 SUV, called the SQ7. It features the world’s first electric compressor for engine induction. 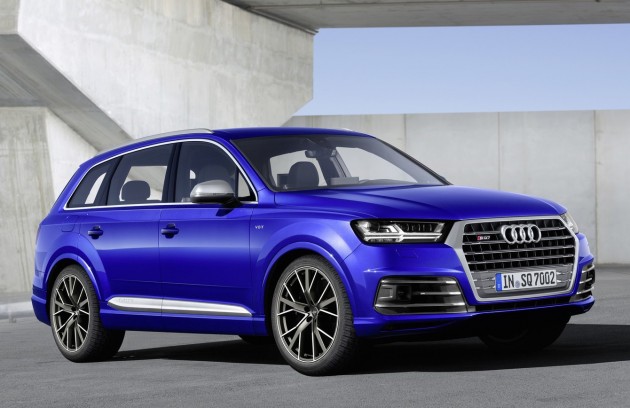 Based on the sharp new Q7, the SQ7 is all about performance, economy, and innovation. The showpiece of it all is the engine. It comprises of a 4.0-litre TDI turbo-diesel V8.

Sounds pretty ordinary at this point, right? Wrong. The engine uses three ‘turbochargers’, including one electric-powered compressor (EPC). With the two exhaust-driven turbines responding with revs, the ‘e-turbo’ helps the other two build boost, particularly from low revs. This is the first e-turbo fitted to a production car ever, according to Audi. 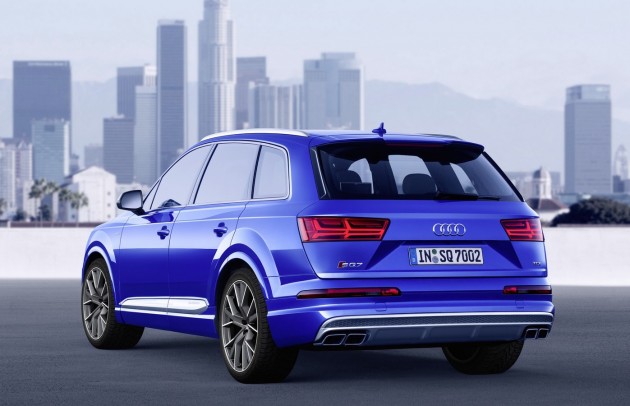 Being an S model, the SQ7 comes with special lightweight aluminium suspension with adaptive air control and an S-specific tune as standard. Carbon ceramic brakes are optional, as is the driving dynamics package with a sport differential, active roll stabilisation, and all-wheel steering.

Buyers will be able to select between five seats or seven, with either sport or sport plus seats providing a suitable cabin atmosphere. There’s also a full MMI user interface with adjustable colours and lighting, and all of the on-board apps you’d expect in the top-line Q7. The driver also gets a 12.3-inch fully digital instrument display to play with. 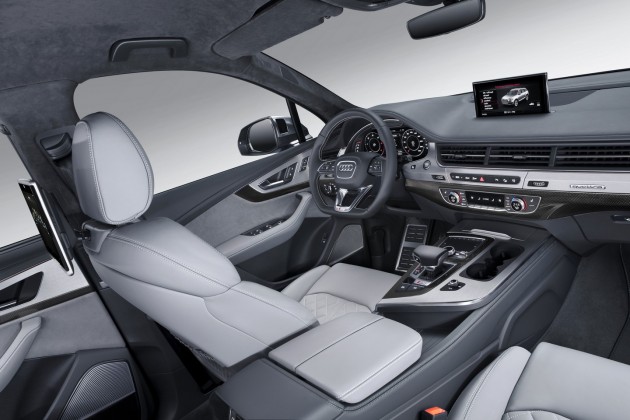 Audi will officially launch the SQ7 before mid-2016. Prices in Germany will start at €89,900. Australian market details are yet to be confirmed but it’s expected to arrive late this year or early in 2017.