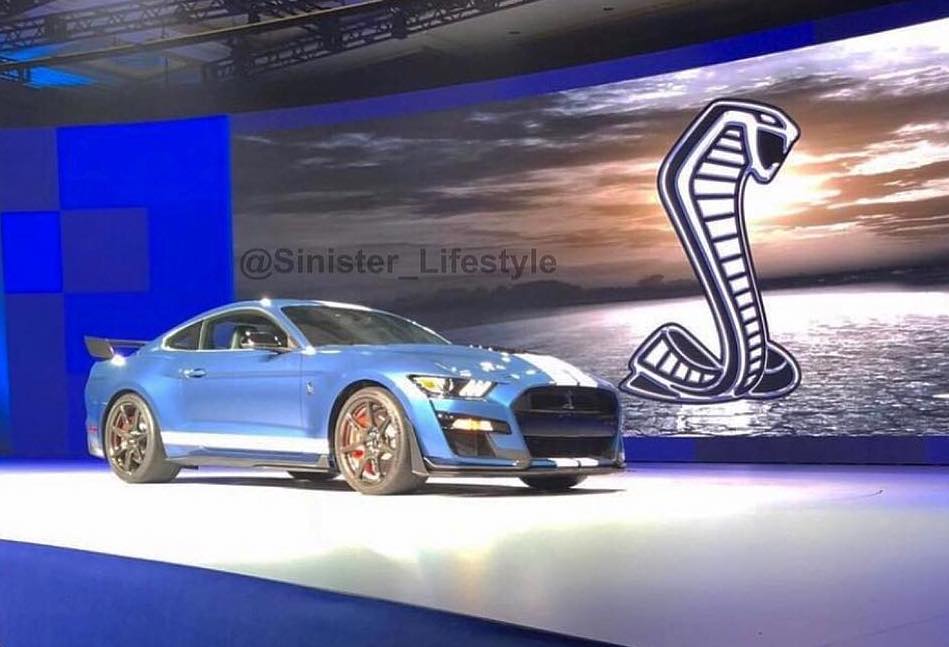 Could this be the all-new 2019 Ford Shelby Mustang GT500? This image has just surfaced on social media purporting to reveal the new model well ahead of its debut set for January at the Detroit auto show. 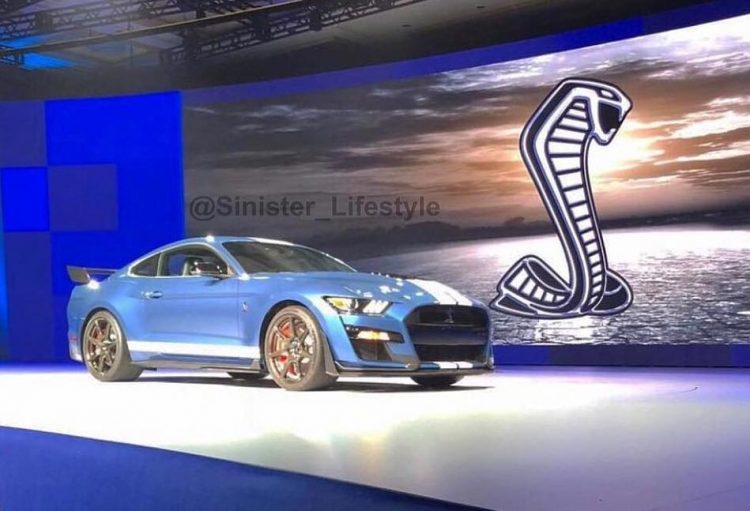 The image was posted up by Instagram user sinister_lifestyle, and it appears to show the new GT500 during a presentation of some kind. There’s been no verification that this is an actual photo and not just an extensive photoshop job. But it does look legit.

It’s shown with the traditional blue colour scheme and twin white stripes over the top. At the front is a huge opening for the grille and twin slats. There’s also a low chin spoiler with matching side skirts, and a neat wing mounted at the back. These parts look like they might be made from carbon fibre.

It certainly looks legit in our opinion. Even the detail and design of the wheels seem to fit in with the GT500’s persona. About the only element that’s questionable in the image is the stage area, which looks a bit digital. But this could be due to the contrast or brightest of the image/camera used.

No specs have been confirmed with the supposed leak, so we can only rely on speculation at this point. And on that note, there have been a number of rumours surrounding power units. One thing that is definite though is over 700hp (522kW), as Ford has officially confirmed this.

One of the most talked about possibilities is a supercharged version of the GT350’s 5.2-litre ‘Voodoo’ V8. This high-revving unit already produces 392kW. It uses a flat-plane crank and is able to rev to 8250rpm. With a supercharger bolted on, it should be pretty easy to hit the 522kW mark.

All is set to be revealed at the Detroit auto show, which starts January 12. We’re sure there will be more leaks and rumours to unfold in the meantime.