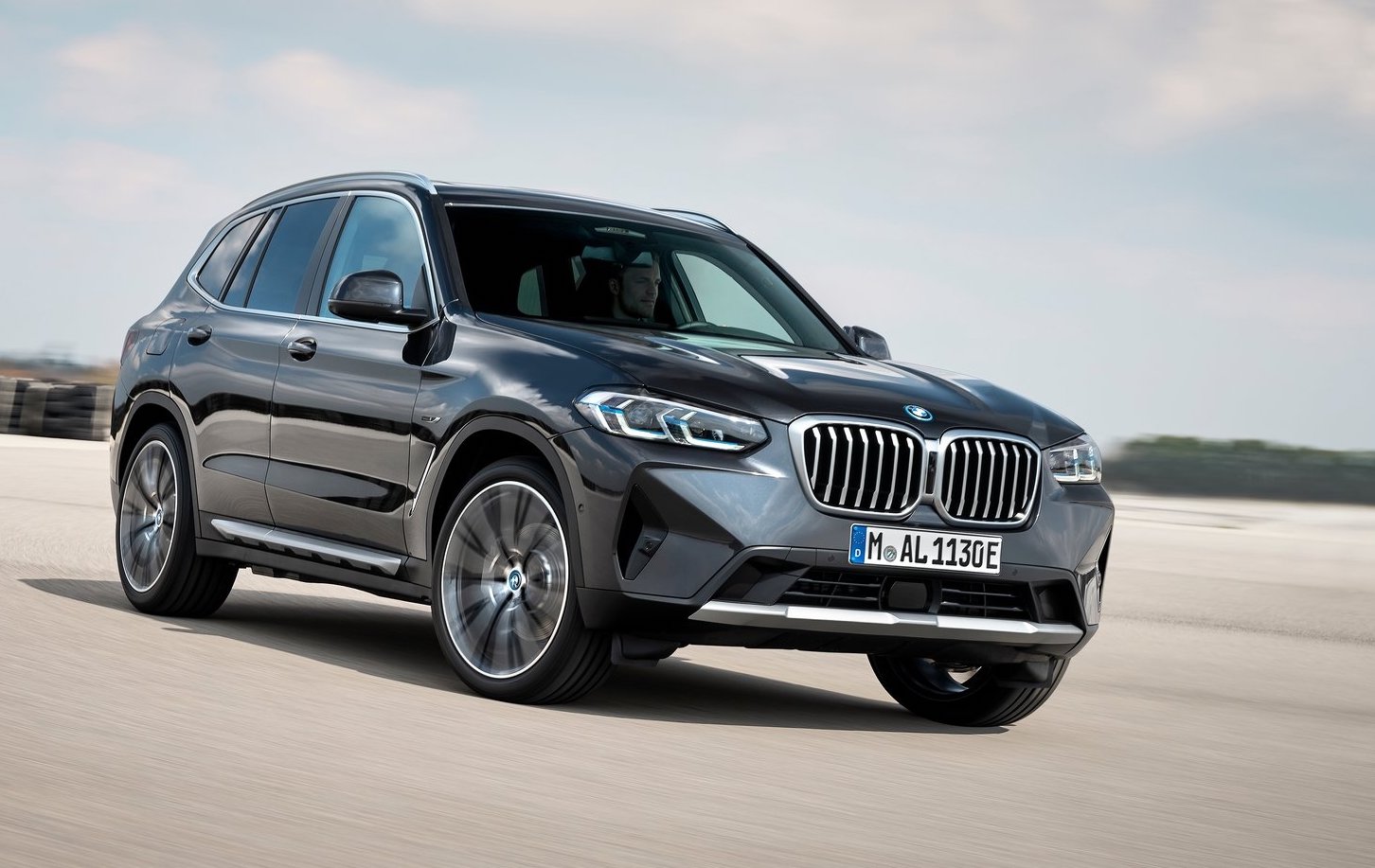 BMW Australia has announced prices and the full lineup details for the 2022 X3 and X4 mid-size SUVs, which are scheduled to arrive during the fourth quarter of this year. 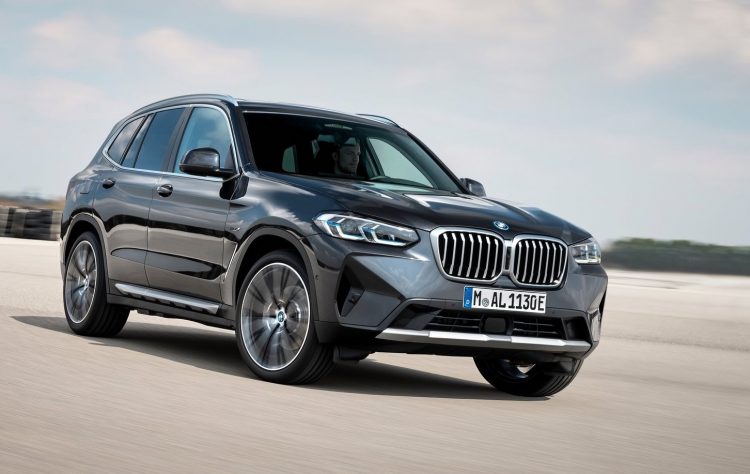 The new lineup will offer the widest range of variants ever for the X3 series, and in fact BMW describes the range as offering the “broadest selection of powertrains” in the segment. Part of that is thanks to the upcoming arrival of the iX3 fully electric model, although specs and prices for that are yet to be confirmed for the local market.

Local buyers are being presented with three petrol options, with the sDrive20i, xDrive30i, and M40i, as well as two diesel options with the xDrive20d and xDrive30d. The xDrive30e plug-in hybrid also joins the range, featuring a 2.0-litre turbo-petrol and electric motor system, offering a combined output of 215kW and 420Nm, with 0-100km/h clocked in 6.1 seconds. 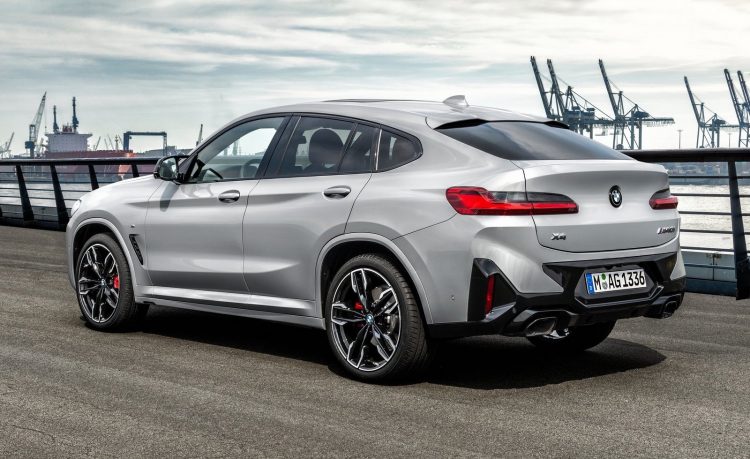 As we saw last month, the new X3 and X4 showcase a facelifted front end, with new headlights that are about 10mm slimmer, and a refreshed grille area and re-sculpted lower intake and apron. Some new LED taillights are added to the rear, with an updated lower bumper bar and skirting.

The M Sport pack comes standard on all but the 20i and 20d variant levels, bringing 19-inch alloy wheels, a sporty bodykit and unique front intakes, gloss black trimmings, with the 30d (and new 30e) continuing to include adaptive suspension and M Sport brakes. 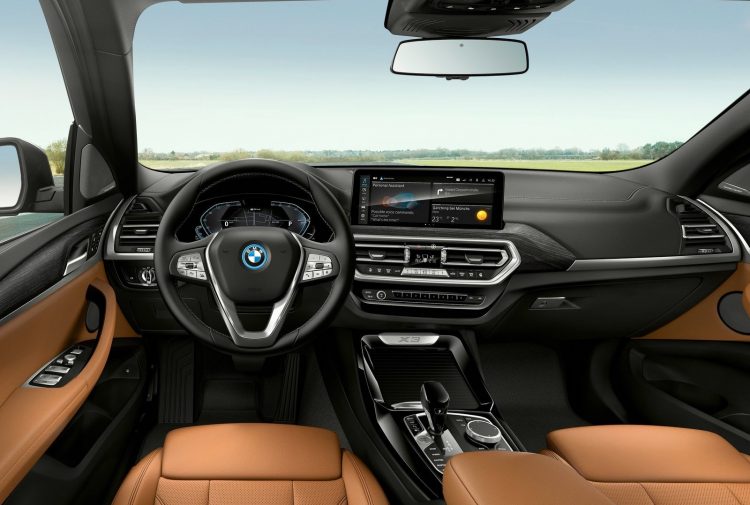 Powertrains carry over from the outgoing range, with all but the sDrive20i featuring xDrive all-wheel drive. Acceleration from 0-100km/h ranges from 8.2 seconds to 4.8 seconds. See below for the starting prices and key specs. 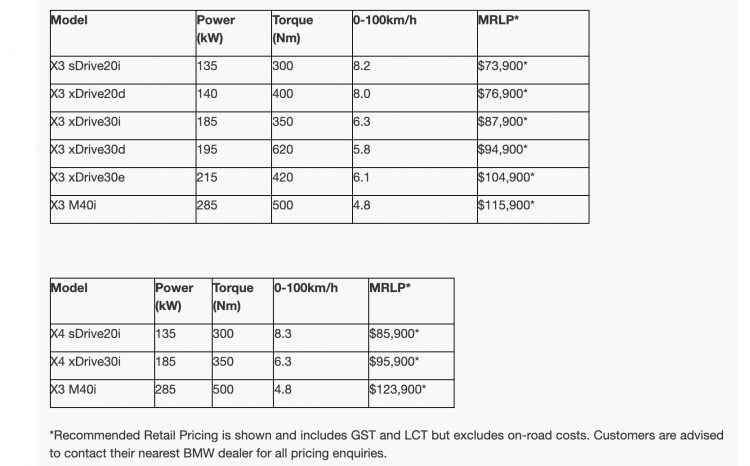