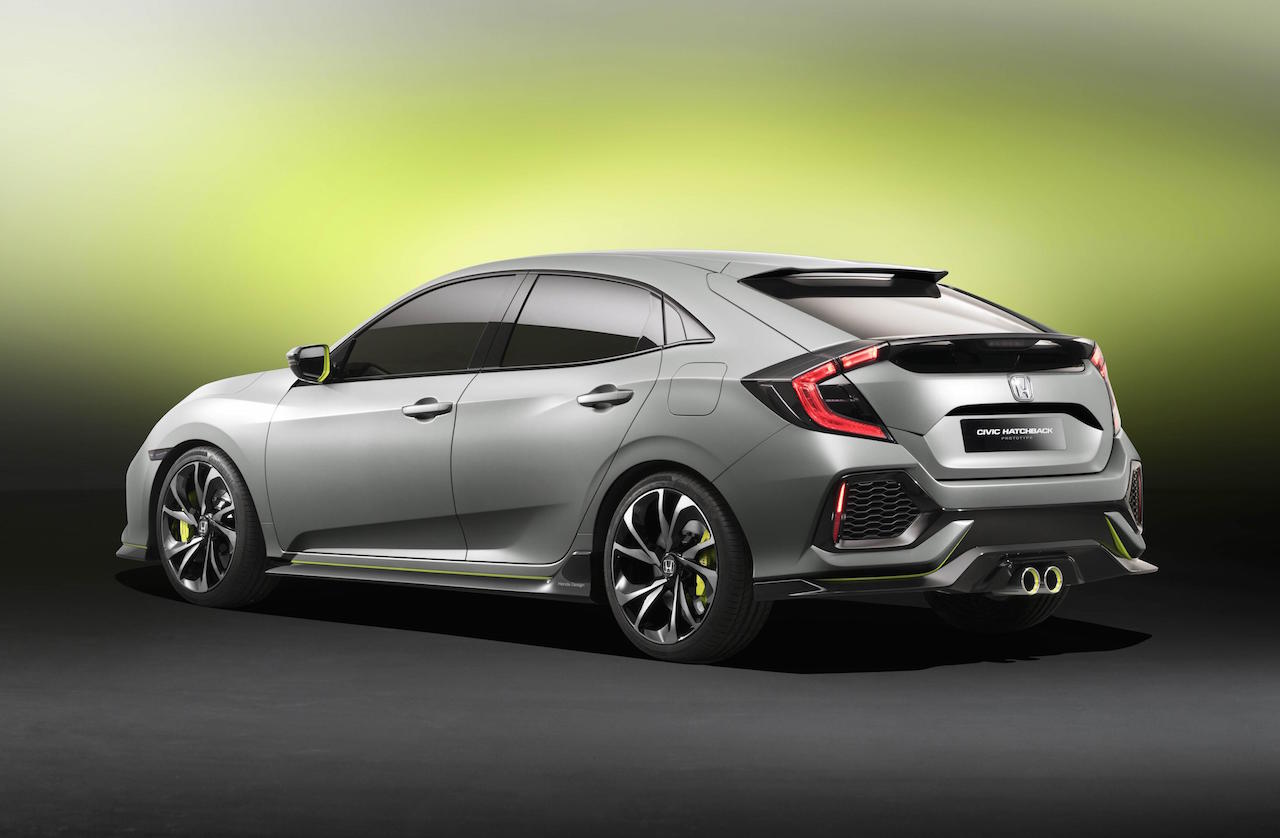 Honda has revealed the Civic Hatchback Prototype at the Geneva Motor Show, giving us a preview of the next-gen 2017 Euro-spec model which is likely to land in Australia. 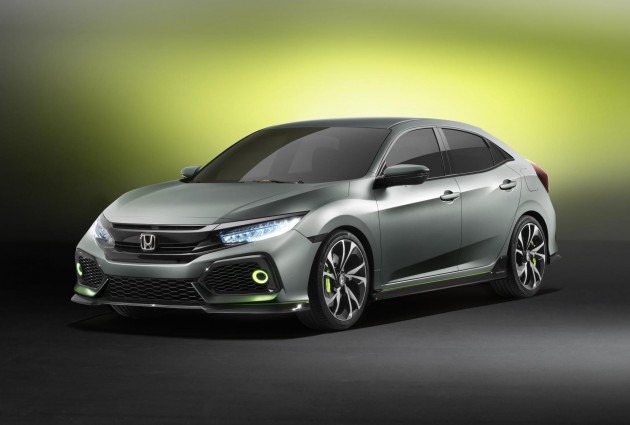 The concept previews the 10th generation Civic hatch and, in our opinion, it showcases a much sportier and overall more appealing exterior design to the outgoing version.

Honda says the new hatch has grown in dimensions slightly, standing 30mm wider, 20mm lower and 130mm longer than the current model. Engineers have added length to the wheelbase and given it short front and rear overhangs which not only maximise interior space, it also enhances the car’s dynamic driving qualities.

As for the design, it features swept-back body lines, new C-shaped LED taillights, and an angular rear bumper bar that gives the humble hatch a bit of attitude. Speaking about the design development, Daisuke Tsutamori, project leader for the styling of the prototype, said:

“We knew that we needed to create a striking and stand-out exterior design that challenged conventional European compact styling while staying true to the original Civic’s core values. The result is a marriage of distinctive and sporty design, rewarding driving dynamics and versatile practicality.” 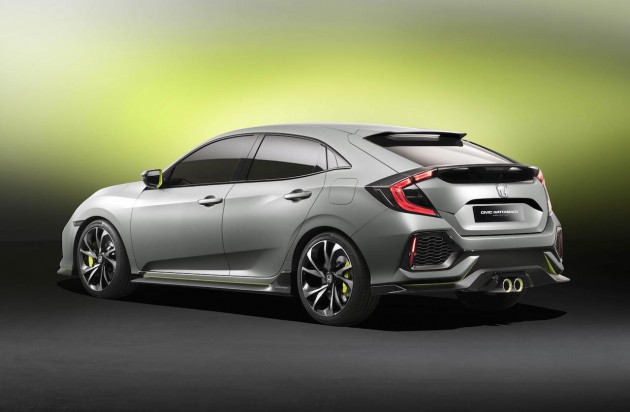 Under the bonnet the Civic might finally get the power it deserves. There’s a suite of VTEC Turbo engines on the way, including a 1.0-litre unit, a 1.5-litre, and 1.6-litre i-DTEC turbo-diesel. Specifications on these are yet to be announced, and also yet to be confirmed for various markets including Australia.

Given that turbocharging is becoming a firm part of Honda’s Earth Dreams Technology philosophy, we’re betting Australia will receive the turbo lineup, if only the 1.5-litre unit. Both the petrol engines come with direct injection, and variable valve motion technology to help achieve “class-leading output and environmental performance”.

Honda will launch the eventual production version, which is expected to look pretty much like this prototype, early next year. It will be produced at Honda’s UK production facility.

“We have a three-phase launch plan in Australia that will put Civic back on the shopping list of small car buyers. The all-new sedan will arrive mid this year and then Hatch will follow, and then Type R. We aren’t able to confirm exact timing for the Hatch or Type R as yet, but these variants will play an important role in the success of this model.”