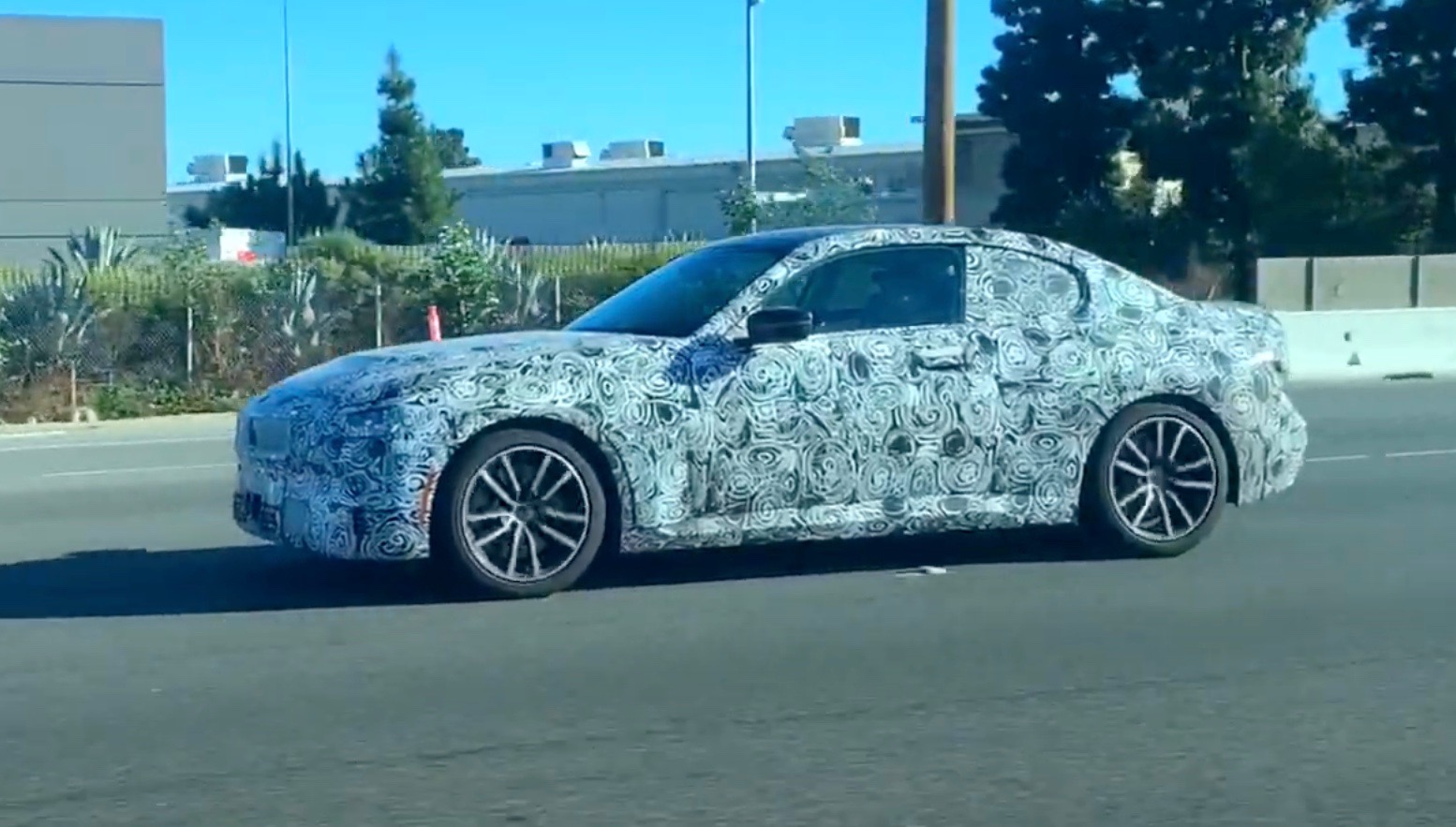 A prototype example of the upcoming 2022 BMW 2 Series coupe, codenamed G42, has been spotted testing on the streets in the USA previewing the sporty rear-wheel drive sports car, potentially in M Performance form. 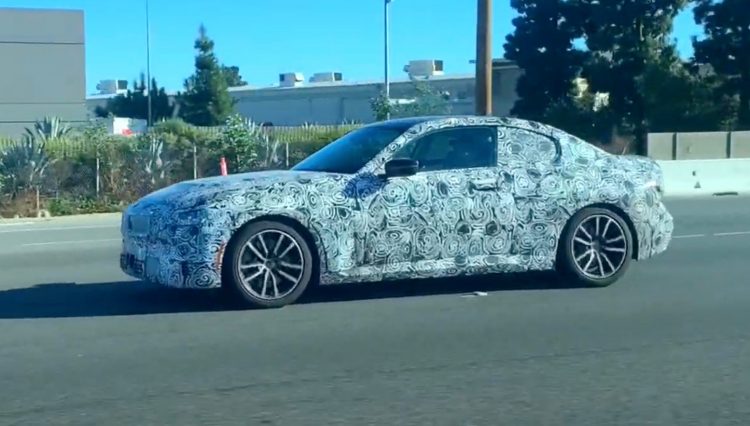 Unlike the latest 1 Series and 2 Series Gran Coupe, which have switched to a predominately front-wheel drive layout, adopting the UKL2 platform also used for MINI vehicles, the G42 2 Series will continue BMW’s rear-drive tradition. The new model is set to be underpinned by the CLAR platform, which is currently seen under everything from the 3 Series, X3 and X4, and all models above these. Even the Toyota GR Supra.

Looking at the spy video, the prototype seems to be wearing some intriguing body parts. There’s a cover over the C-pillar, for example, and behind the front wheels you can see evidence of some kind of gill or side vent, like what’s seen on the 4 Series and 8 Series. The front guards also look curiously chunky. Could this be the makings of the next M2? Zooming in on the front brakes, they do look quite large for a regular model. 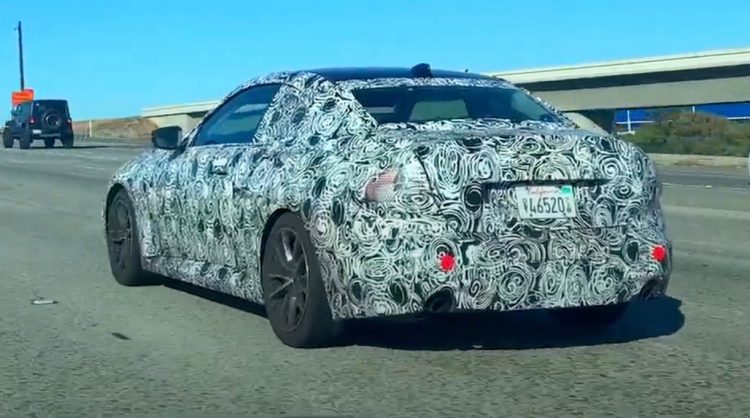 Of course, there is a chance many of these parts are fake and placed on the prototype purely as a diversion. It’s understood M Performance will be offering its usual sporty model, replacing the M240i. So there’s every chance this is the makings of that variant. Some reports suggest it could adopt a new name, M245i. Expect the latest B58 3.0-litre turbo inline-six engine, which currently produces 285kW/500Nm in the Z4 M40i and Supra. 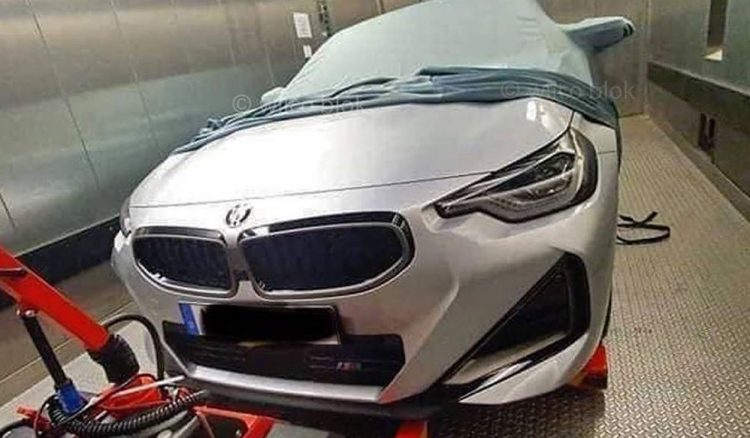 You might remember back in April last year some photos appeared on social media, potentially revealing some of the design. The front end takes on a triangular corner intake system, with wider front grilles in the middle, and headlights set further back. Thankfully, the huge grilles on the 4 Series probably won’t carry across to the 2 Series. Around at the back is a chunkier set of taillights and a black diffuser and lip spoiler. Although it’s difficult to see the complete badge, it does appear to be something ‘Mxxx’. 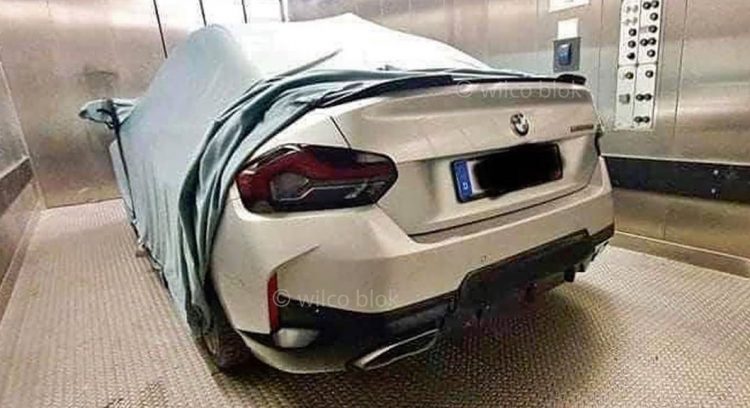 The current 2 Series coupe/convertible – and M2 for that matter – is one of the last rear-drive-based BMW models to switch to the CLAR platform. The switch will bring various benefits, including for safety, economy, weight optimisation, and handling dynamics. All of this bodes well for the next M2 and M240i/M245i. Interestingly, the next M240i will be very much like the Toyota GR Supra, only with newer tech and BMW’s usual luxury flair. Oh, and the existence of rear seats.

We also get a quick glimpse of the interior in the video, showing evidence of a 12.3-inch wide-screen media interface atop the dash. BMW is likely to offer Android Auto and Apple CarPlay this time, along with wireless phone charging. The outgoing model, which is technically still on sale in Australia according to the local website, outdates such features.

A full debut is anticipated for a bit later this year, with Australian market entry likely occurring before the year’s end. The next M2 isn’t expected to arrive until 2022. Click play below for a preview, and further below for another spy video from late last year taken at the Nurburgring – note the wheels look the same in both videos.