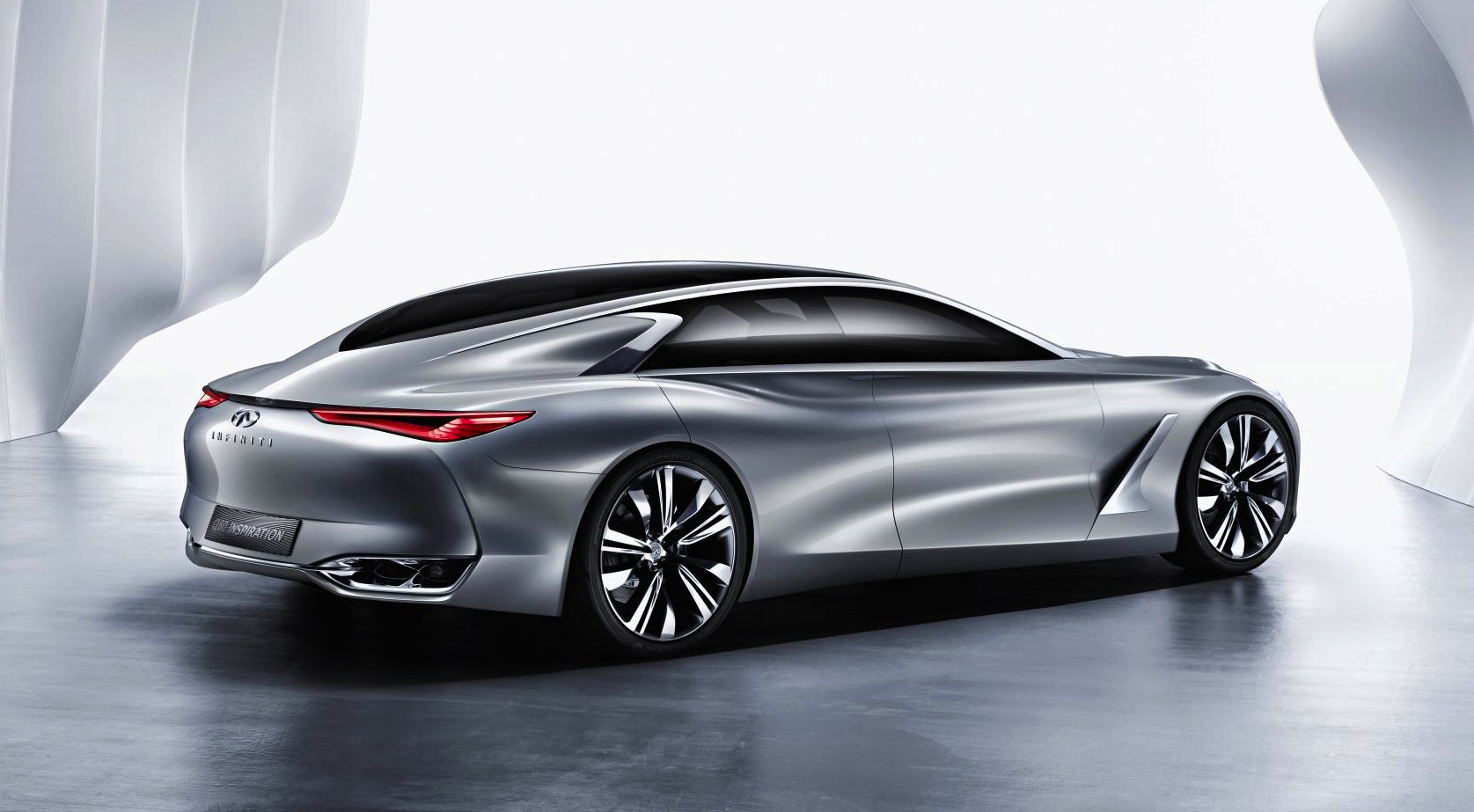 Infiniti has released a preview image of its striking new Infiniti Q80 Inspiration concept before its public debut at the Paris Motor Show next month. The concept gives us insight into a production model of the near future. 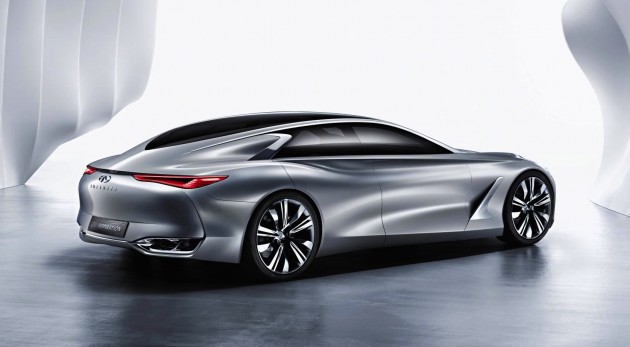 Taking on the fashionable four-door coupe layout, the new concept is being labelled as a “category-breaking, supreme luxurious driving four-seat fastback”, according to Infiniti.

It’s designed to show what the company could present for the large premium four-door coupe segment, taking on the likes of the Audi A7 Sportback and BMW 6 Series Gran Coupe.

It measures 5052mm in length and 2027mm in width, with gob-smacking 22-inch alloy wheels and a cool low-profile height of 1350mm. This makes it slightly longer than the 6 Series Gran Coupe (5007mm) and slightly wider (1894mm). Alfonso Albaisa, Infiniti executive design director, spoke about the car, saying,

“After showing Q30 Concept and Q50 Eau Rouge, Infiniti is eager to show the upper range of our portfolio expansion. In Q80 Inspiration, we wanted to capture that unforgettable feeling when you experience something important, something beautiful, something magnetic for the first time.”

Infiniti is planning to launch two new models every year from 2016, and the Q80 will be one of them. Although, the production version won’t be quite as extravagant as this concept. The company says,

“The Q80 Inspiration four-door fastback is to be taken as clear intent to have an entry into the newly defined premium fastback segment.”

More details will be unveiled at the big show, starting October 2.