The Holden VF Commodore has only been on sale for a handful of months but already tuners are extracting some awesome performance from it. If you’ve ever wondered what the fastest VF Commodore in the world is so far, this is it. 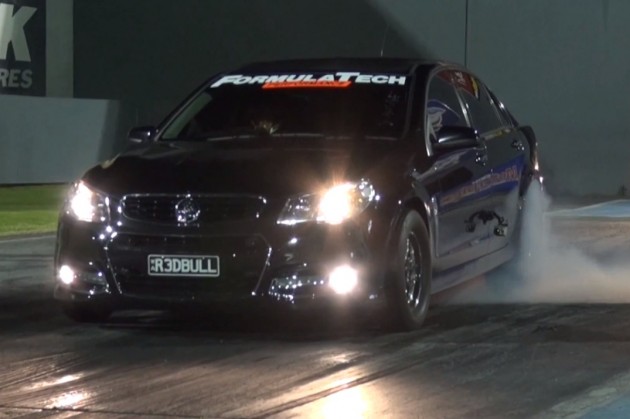 Built by Walkinshaw Performance Formula Tech Dyno Centre in the Perth, the team recently ran a string of 10-second passes at the drag strip in a modded VF SS, cementing it in as the fastest full-chassis VF Commodore in the world.

It uses the standard six-speed automatic transmission and it retains the standard suspension layout. The differential has been swapped for quicker acceleration, and of course the engine has been tweaked with the help of a Walkinshaw Performance supercharger.

With 4.1:1 differential gears it ran a 10.51-second pass. The team then tried some 3.7:1 gears to increase top end speed, resulting in an even quicker time.

The best the team managed on the night was 10.37 seconds at 217.189km/h (134.9mph). This makes it, according to Formula Tech, the quickest VF Commodore in the world. We certainly aren’t going to argue the claim.

Click play below for a quick overview of the runs which took place during a recent Whoop Ass Wednesday off-street drag event in Perth.