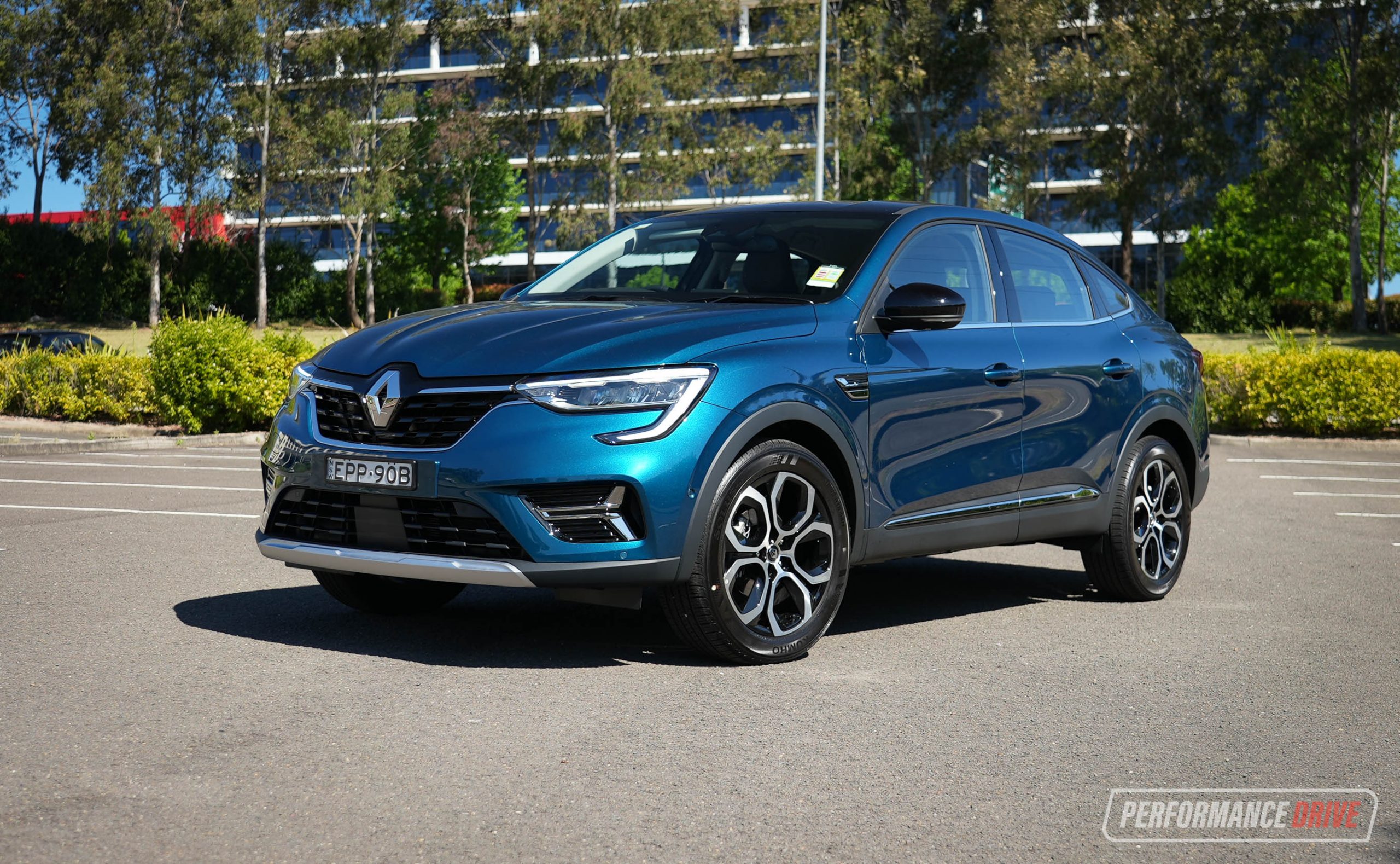 Welcome to Renault’s first take on the trendy coupe SUV market, which has so far been mainly occupied by the premium players only. It’s called the Arkana, and it sits in between the Captur light SUV and alongside the old Kadjar small SUV. 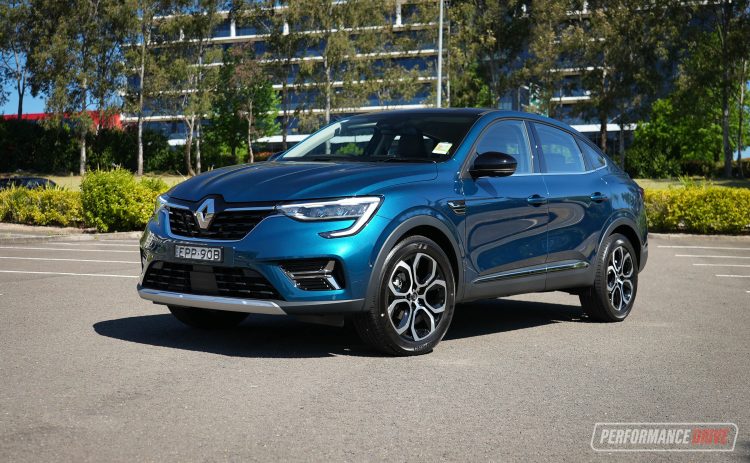 Three variant levels are available in Australia, including a flagship RS Line. But here we’re testing the luxury focused mid-level Intens. They all look pretty much the same though, showcasing sophisticated Euro detailing and of course a swoopy hatch lid at the back, complete with an integrated spoiler.

Prices start from $33,990 for the base Zen model, and move up to $37,490 for this Intens, and then top out with the RS Line from $40,990 (all excluding on-road costs). It is fairly priced for this segment and for its features list when compared to its nearest rivals. All are powered by the same 115kW 1.3-litre turbo-petrol and all feature front-wheel drive with an EDC dual-clutch auto. 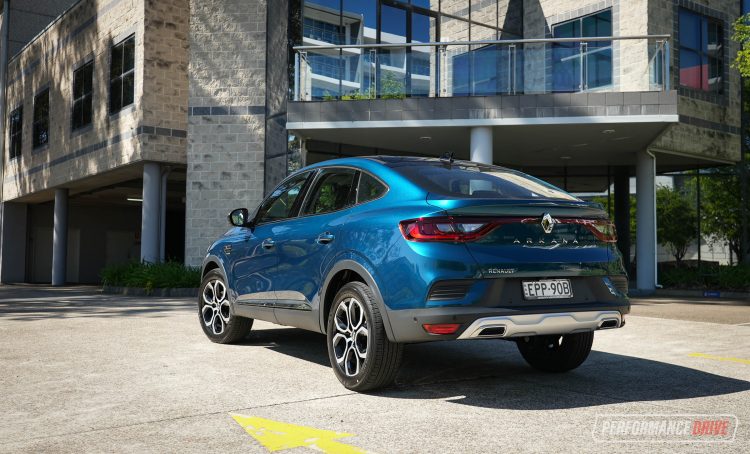 Underpinning the Arkana is the wider group’s (Renault-Nissan-Mitsubishi) CMF-B platform, shared with Captur and current Nissan Juke. However, its internal and external dimensions push it closer to the old Kadjar for size and thus it does not sit in the same category as the Catpur, according to VFACTS figures in Australia.

It’s actually pretty big when you get up close and personal. The wheelbase stretches 2720mm, which is longer than the Nissan Qashqai (2646mm) and even the outgoing X-Trail medium-size SUV (2705mm). That gives you some idea of not only the cabin space, but also its long, coupe-like profile. 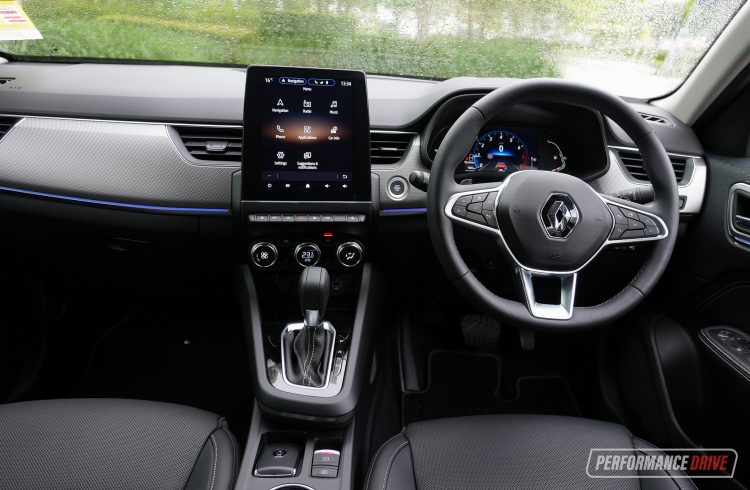 As a result, it is quite luxurious and spacious inside for its segment. There is plenty of room to move about and a general sense of airiness, and there are lots of storage options. Surprisingly, for a Renault, the cup holders are actually deep enough to support a drink, and there’s a neat little shelf for the silly Renault key-card thing.

Why do we think the key card is silly? Well, let’s say you head off to the gym. You take your house keys, and included on the same keyring is your gym tag. All bunched together. Nice, isn’t it? Whoops, don’t forget to carry around that Renault card thing that does not feature a keyring slot. You can swap gym for any other activities you might do and you’ll soon realise this is, in fact, a stupid idea to carry around a separate key. 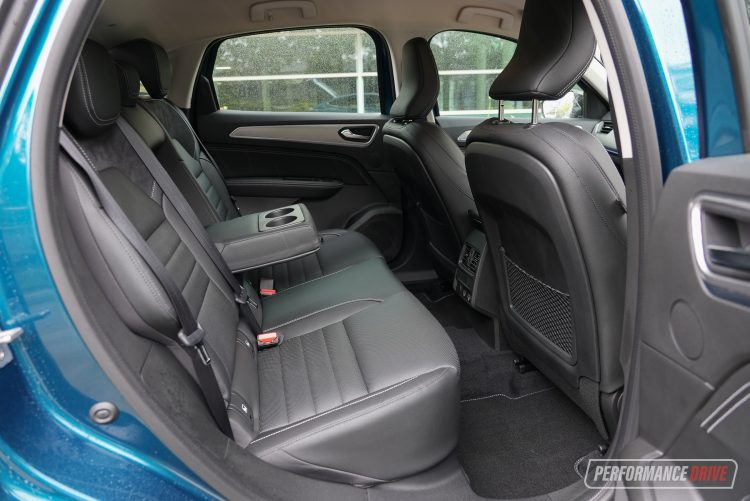 We like the two-tone colour theme in this Intens, with suede-like sections for the sporty front seats. Passengers are also treated to a slither of changeable mood lighting colours inside to help spruce up the nighttime energy. And then up on the dash is Renault’s new 9.2-inch portrait-style touch-screen media interface. Functionality has certainly improved over previous Renault systems but it is still a bit clunky for our liking.

You might notice the roof extends over the rear seat area before swooping down for its coupe profile. This leaves a good amount of headroom in the back for this class. Legroom is not too bad either. You also get climate vents and charging ports, which is a real bonus for this segment.

Boot space is about average, rated at 353L/1268L, and there’s a removable floor panel to open up more room. But if you leave the floor panel in place you have a perfect loading height for your things, so you don’t have to bend down. 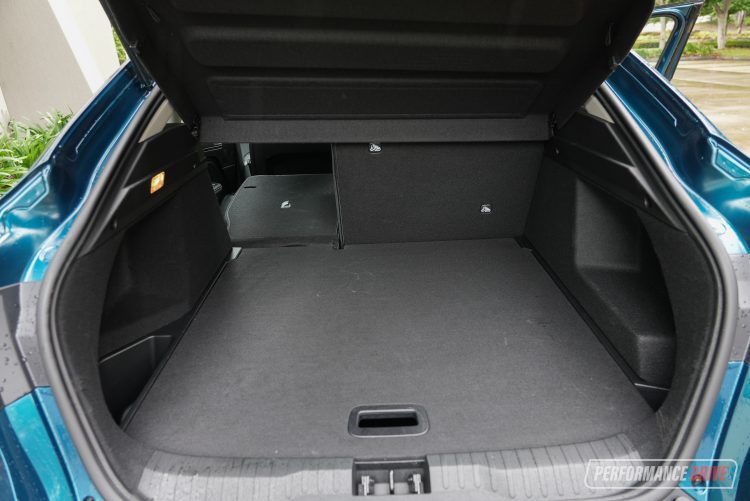 All variants are front-wheel drive and come with a basic torsion-beam rear suspension setup. This isn’t the most advanced setup and is not ideal for off-road capability. But it is practical and helps to conserve fuel. The ride quality is good, with a blend of tightness for agility and decent adsorption for comfort.

It feels fun tackling corners and dialling in the sporty three-spoke steering wheel. Body roll is very well managed too, heightening its eager character. It’s also one of those vehicles that’s just really easy to drive. A combination of good visibility, decent steering feedback, and a reassuring sense of knowing where the wheels are positioned on the road at all times all help. 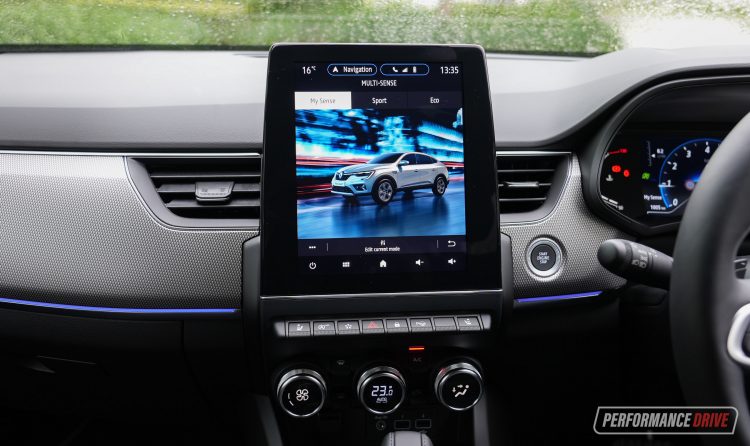 Under the bonnet is a pokey little 1.3-litre turbo-petrol four-cylinder. Even though peak power is decent, the torque figure of 262Nm is quite impressive for this size engine. Some 1.6- or even 1.8-litre turbo engines produce around 250Nm. As a result, in-gear grunt is good. It steams up long hills without stress.

We timed 0-100km/h in a best of 10.65 seconds. That’s not a particularly low time for this class or for this level of power/torque. We think Renault may have tuned the dual-clutch auto (EDC) transmission too far on the comfort side, resulting in a slow initial take off. The gearbox does shift gears very quickly though, and the kick-down response is excellent.

The EDC transmission does help to minimise fuel consumption too, with an official average rating of just 6.0L/100km. During our test we averaged 7.6L/100km, and that included performance testing. We could see a longer-term real-world consumption of around 7.0L/100km or less.

Being one of the only coupe-SUVs in its class, it automatically draws some appeal through exclusivity alone. However, we still don’t quite understand why buyers are interested in this style of vehicle over a conventional SUV. In the Arkana’s case, the coupe profile might be sending off ambitions that are too sporty for it to actually fulfil. But that’s also a good thing as it could look or seem more expensive than it is.

CONS:
– Sending off sporty vibes that it can’t fulfil?
– A conventional auto will do
– Key card thingy is annoying to carry around