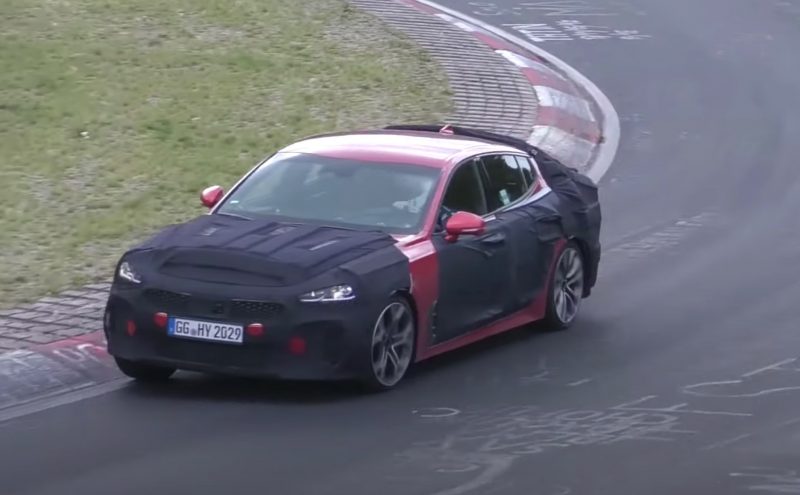 The upcoming 2021 Kia Stinger GT has been spotted testing at the Nurburgring in Germany, likely with the new Smartstream 3.5-litre twin-turbo V6 which is expected to replace the current 3.3 twin-turbo option. 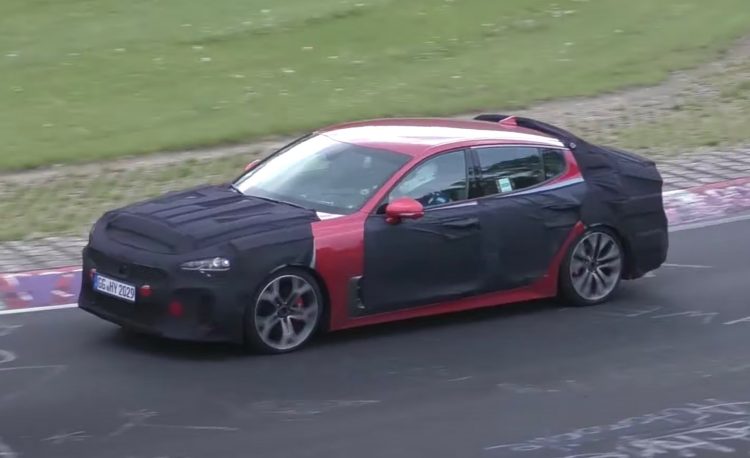 We don’t get to hear much in the video as the prototype seems pretty heavily muffled. This could be as Kia prepares the facelift to meet tougher emissions standards to help it carry through the facelift into the future, but it could also be subject to this test vehicle only. Sometimes prototypes are fitted with unique exhaust systems purely for testing.

Speaking of emissions, one of the reasons Kia is expected to drop the current 3.3 twin-turbo V6 is because it emits more pollution than the new 3.5. At the moment the Stinger GT is rated at 239g/km, while the new 3.5 in the big and heavy Genesis GV80 in RWD form emits 199g/km. We’d expect an even lower number for the lighter Stinger.

With the new engine the 2021 Stinger could receive a nice little power boost from the current 272kW and 510Nm outputs, to 280kW and 530Nm. These are the outputs seen in the GV80. It would see a slight improvement in performance and acceleration, with the additional 20Nm in particular likely to assist during corner exit.

There’s another new engine expected to make its way into the facelift as well. Instead of the current 2.0-litre turbo-petrol option, Kia is very likely to swap that out for its new 2.5-litre Smartstream turbo-petrol. We’ve seen this swap-over in a couple of vehicles already, including the latest Sonata and overseas 2021 Sorento.

In those vehicles the 2.5 produces between 207kW and 421Nm and up to 224kW and 422Nm in the GV80. The differences could be simply down to the language and unit conversions getting all mixed up. In the GV80 however the output is stamped at 304PS (224kW), as shown in the spec sheet below (right side). In any case it’d be a healthy jump up from the current 2.0L which develops 182kW/353Nm. 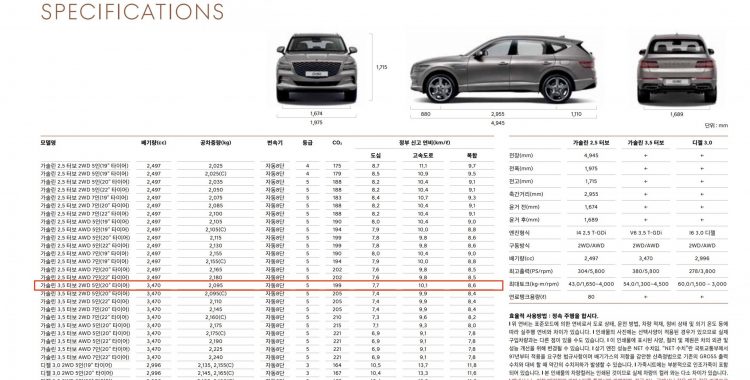 Aside from the powertrains, the 2021 Kia Stinger facelift is set to introduce a range of minor styling changes on the outside, such as new headlights and taillights, revised bumper bar trimmings, while bringing in some new-look alloy wheels.

The interior will also receive an update, with a nice new wide-screen 10.25-inch media system featuring on the dash for upper variants. We’ve already seen a switch to Kia’s new 10.25-inch screen in other model lines, including the Seltos and the incoming 2021 Sorento.

No official details have been sent out from Kia as yet. A full debut is anticipated to take place around July-August, however, the coronavirus pandemic may cause some delays. Check out the spy video below for a quick preview.