To compliment Australia’s nice summer, although, here in Sydney it hasn’t been all that ‘nice’ lately, Renault is introducing the Renault Megane Coupe-Cabriolet Summer Edition. 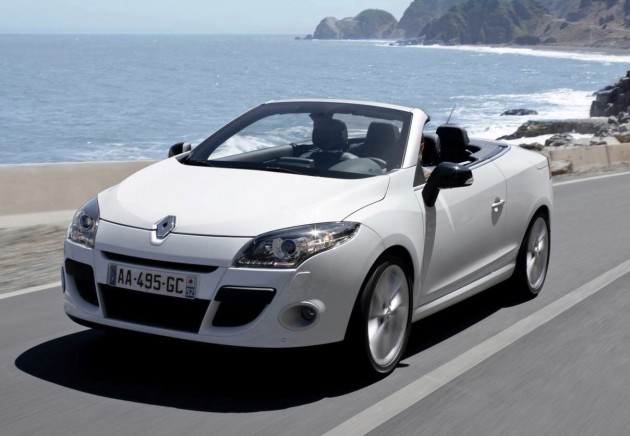 The special variant will only be available for a short time, and will come with up to $3300 in extra features over the normal Dynamique Megane CC, while maintaining the same starting price of $45,990. Features include leather seats, and all-new 18-inch alloy wheels.

Standard features which are already available with the normal model are also included, such as satellite navigation, rear parking sensors, Bluetooth with audio streaming function, and an electric folding hard-top roof made mostly of glass. The roof can be folded down in 22 seconds at the flick of a button.

Power comes from a 2.0-litre naturally aspirated four-cylinder engine producing 103kW of power and 195Nm of torque. It comes with a fuel consumption rating of 8.1L/100km.

“The Megane Coupe-Cabriolet Summer Edition is a welcome addition to our ever popular Megane range. We have introduced the Summer Edition in response to the options our customers were selecting when purchasing this vehicle.”

The Renault Megane CC’s main rivals in terms of price include the Peugeot 308CC, Volkswagen Golf Cabriolet, and the MINI Cabrio.