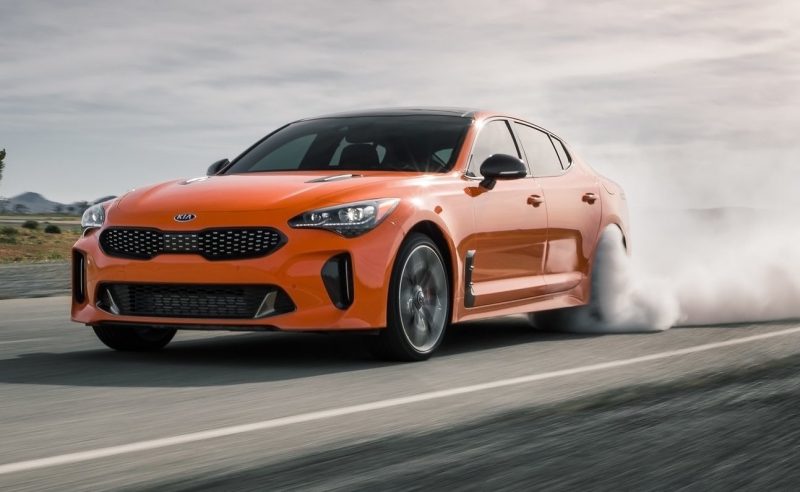 Kia is set to introduce a 2021 Kia Stinger facelift later this year, and it’s expected to bring in some new engine options with more power pretty much across the board. 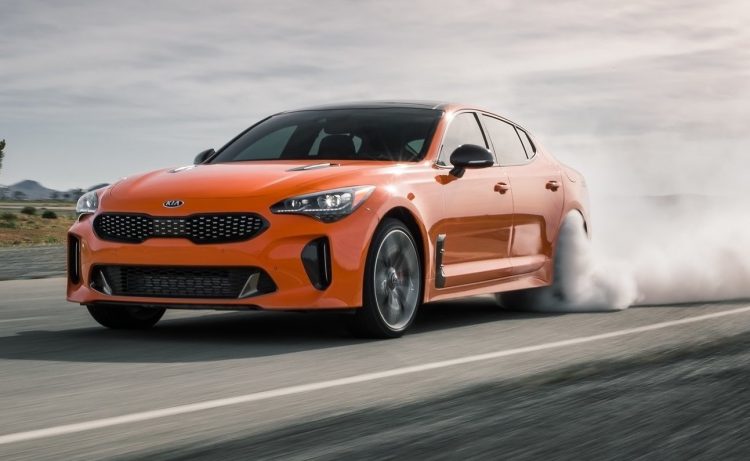 Kicking off at the entry level end, the Stinger 200S, 200Si and 200 GT-Line (could be badged something different overseas) is expected to drop the current 2.0-litre turbo-petrol four-cylinder that currently produces 182kW and 353Nm (in Australia). In its place will apparently be Hyundai Motor Group’s new 2.5-litre turbo Smartstream T-GDi four-cylinder (pictured below, left).

This engine debuted in the overseas 2021 Optima GT-Line, and has since been announced for the 2021 Sorento and Genesis GV80. In the Optima it produces 213kW and 422Nm, while in the Sorento it develops 207kW and 421Nm, and 224kW (304PS) and 422Nm in the GV80 – all of these outputs might actually be the same with the differences simply down to details lost in translation and unit conversions between the brands. Similar outputs are likely for the Stinger, which could be rebadged the 250S and 250Si and so on.

In the Genesis models the 3.5T develops 280kW at 5800rpm. This is slightly lower revs to the 272kW which is available at 6000rpm in the 3.3. Peak torque is spread across the same 1300-4500rpm rev span. Again though, we don’t know for sure if these outputs will carry straight across from the Genesis to the Stinger, although, judging by past models between Hyundai, Genesis and Kia, there probably won’t be any output changes. 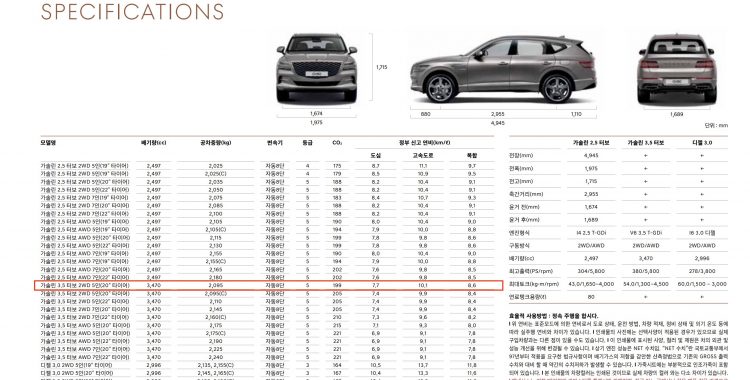 Aside from the performance benefits of the new 3.5 twin-turbo V6, regardless of how minor, the new engine is set to be introduced to meet tightening emissions regulations. The 3.5 is a much newer unit and has been engineered to meet tougher standards. In fact, in the Genesis GV80, which is a large SUV weighing around 2100kg, the combined CO2 rating is 221g/km and as low as 199g/km in the case of the base five-seater RWD version (Korean specification, brochure above). Meanwhile, the current RWD 3.3 Stinger GT in Australia emits 239g/km on the combined cycle.

In other areas, the 2021 Kia Stinger facelift will bring in fresh headlights with new, more intricate detailing and full LED tech for some variants. There’s also been word of dynamic indicator lights being introduced for refreshed taillights at the back, with not much else changed in terms of the cosmetics for the rear.

Newly-designed alloy wheels have been spotted on prototypes during testing in Korea. Like the current model, different size and different spoke patterns are likely to be given to the various variant levels, with Brembo brakes set to continue to hide behind the wheels on the V6 models. 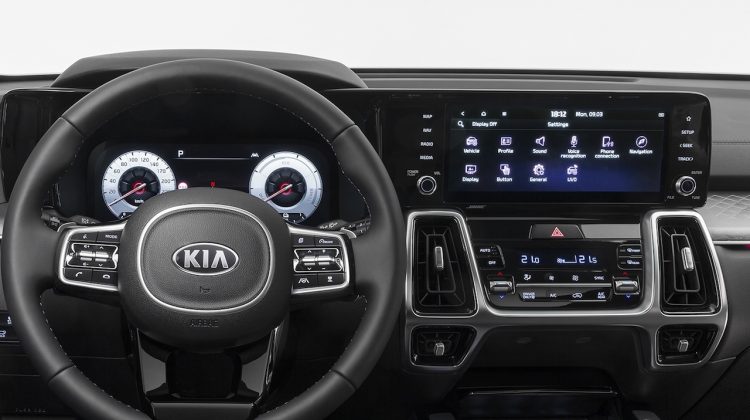 Inside, the 2021 Stinger will come with Kia’s latest 10.25-inch touch-screen media interface that is starting to roll out on various Kia models, including the Seltos and new Sorento (pictured above). Android Auto and Apple CarPlay are a given, with crisper graphics and more refined menus and touch control than the outgoing Stinger system.

A fully digital instrument cluster is also likely, at least on the upper variants. And Kia is set to improve the ambient lighting inside to amp up the refinement, extending finer lighting details to more of the trim, including across the door cards.

As far as we know Kia will unveil the facelifted model in July, although the ongoing coronavirus pandemic could cause some delays, particularly for production. Kia is yet to officially announce such details.