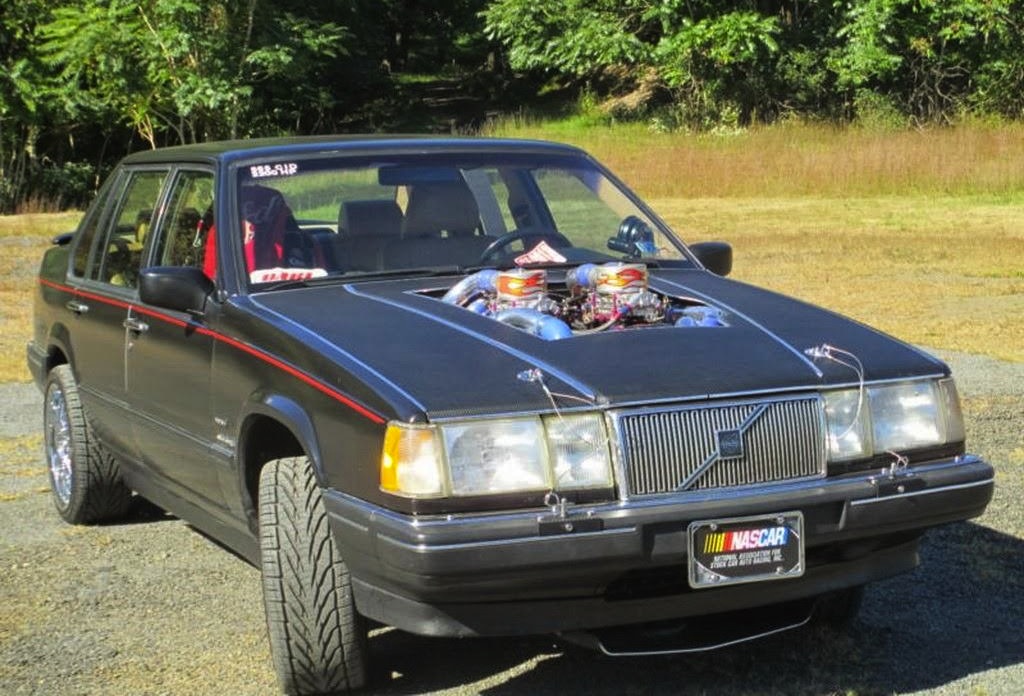 Here’s a 1992 Volvo 960 which has more power than not one but two Bugatti Veyrons put together (736kW each). Yep, it’s an insane creation and it is up for sale in the US… sort of. 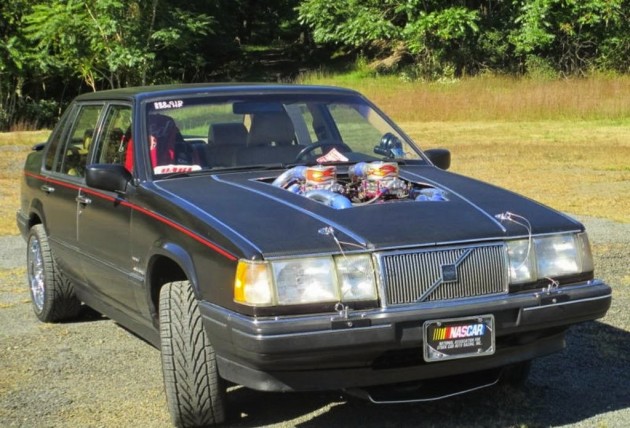 We say sort of because technically the eBay auction has ended on the item. However, the reserve price was not met. This means if you really want it, it probably is still is up for sale.

So, what is it exactly? It’s a boxy Volvo with not much to look at in terms of exterior appeal. Under the bonnet though, as you can see, is an engine so big that it cannot be contained in the engine bay.

The engine bay is overtaken by a 565 (9.2 litre) Dart Racing V8 engine block with a Scat crankshaft and conrods, Mahle pistons with a 9.75:1 compression ratio, and two Holley 650 carburettors.

The pièce de résistance is a set of four AR60 turbochargers. At no boost at all the engine churns out a “usable” 653kW (875hp), but with just 15psi of boost pressure the output is increased to a barely believable 1641kW (2200hp). 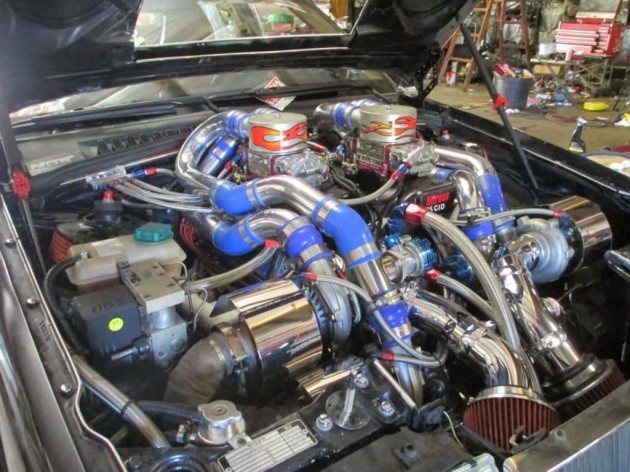 Using a sophisticated custom exhaust system with one turbo per two cylinders, the four exhaust pipes eventually run into a 9-inch pipe. You can imagine the sound this thing would make. It’d be like a jet aeroplane.

According to the seller the car is street legal. Head over to the original eBay listing for more details. The last bid was US$12,600 and the reserve was not met.