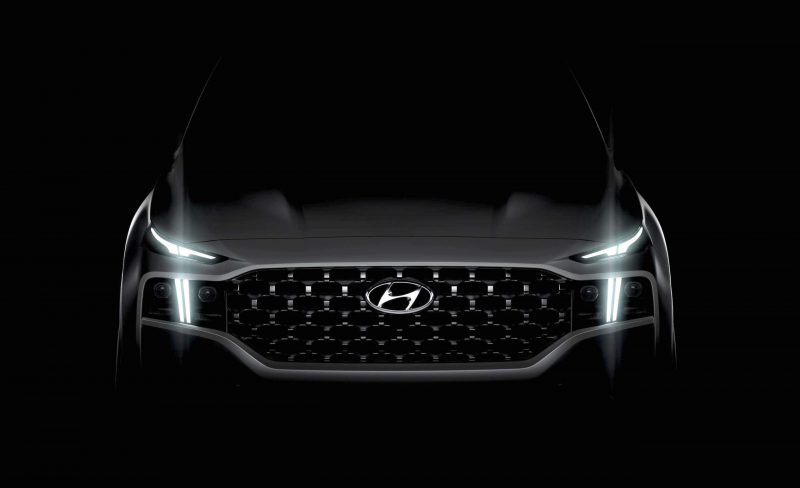 Hyundai is getting ready to unveil its facelifted 2021 Hyundai Santa Fe and has sent out a teaser image to build the anticipation. It confirms a new-look front end is on the way for the popular 7-seat SUV. 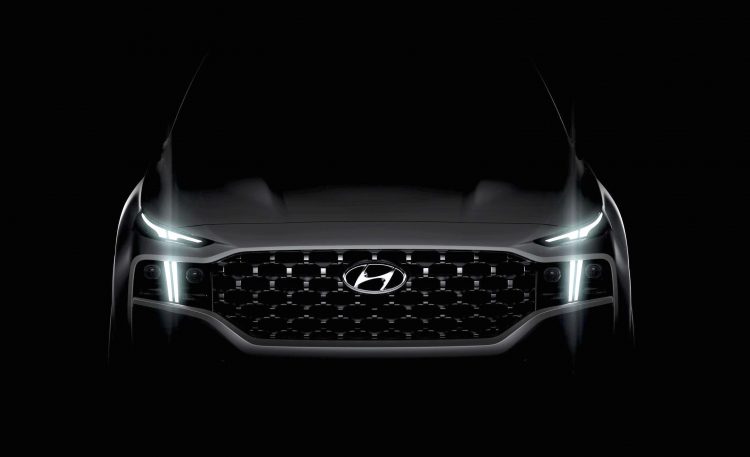 The new model is set to showcase a facelifted exterior design to bring it into line with other recent models. And by the looks of this teaser image Hyundai is applying its latest T-shaped headlight design that we first saw with the Palisade, as predicted based on prototype spy shots. Daytime running lights create the T shape while the main beams are nestled below the cross.

Interestingly, the company says the T-shaped headlights are created so they can be spotted from a distance, while hinting at “technology enhancements yet to be revealed”. Hyundai also says the update offers a “rugged yet refined” design which helps reflect a new “integrated vehicle architecture”. This includes a refreshed front grille, which now appears to span the entire width of the front end for a more dramatic presence.

No specs or concrete details are uncovered with the teaser, but Hyundai has already confirmed the 2021 Santa Fe will feature hybrid powertrain technology for the first time – at least in some markets. All signs suggest Hyundai will adopt the 1.6-litre turbo hybrid that we saw with the new Kia Sorento, which produces 169kW and 350Nm combined. A plug-in hybrid version is also set to arrive further down the track.

Another new engine which is expected to be introduced – at least in some markets – is the 2.5-litre turbo Smartstream unit. It produces up to 224kW of power in other applications, and could arrive as a replacement to the current and ageing 3.5-litre naturally aspirated V6. An updated 2.2-litre turbo-diesel is likely to be the main unit, however.

Inside, some technology changes are set to include Hyundai Motor Group’s new 10.25-inch touch-screen media interface, replacing the current model‘s 8.0-inch unit, while some new trimmings and colour options could be brought in to spruce up the atmosphere. A digital instrument cluster is pretty much a given for the top variants.

Hyundai says more info will be revealed in the coming weeks, while an on-sale date of September has been confirmed for Europe.