Renault has been spotted driving about in a very interesting little concept car in Spain while undergoing a photo shoot. Believed to be called the Renault ‘TwinFun’ or ‘TwinRun’, the feisty pocket-sized racer is being interpreted as a modern-day Renault 5 Turbo. 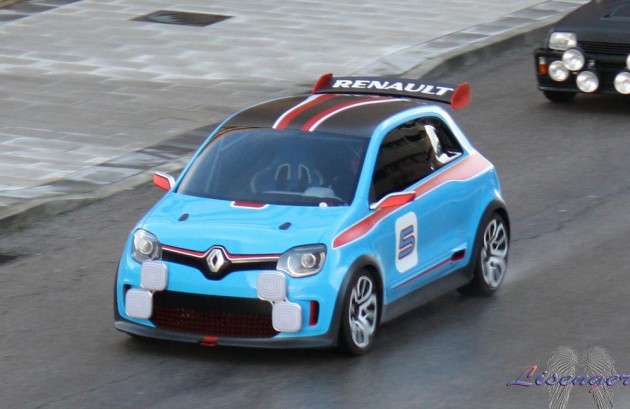 No official details have been released at this stage – Renault has done well to keep this one quiet. The little concept is being dubbed the ‘TwinRun’ or ‘TwinFun’, and, judging by the evidence and details in the video, it could feature a powerful rear-mounted rear-wheel drive powertrain.

Those who know their classic sports cars of the 1980s, the ‘turbo-era’, will recognise this kind of layout from the Renault 5 Turbo. The 5 Turbo was one of the famous and very crazy racing cars that made up Group B Rally. 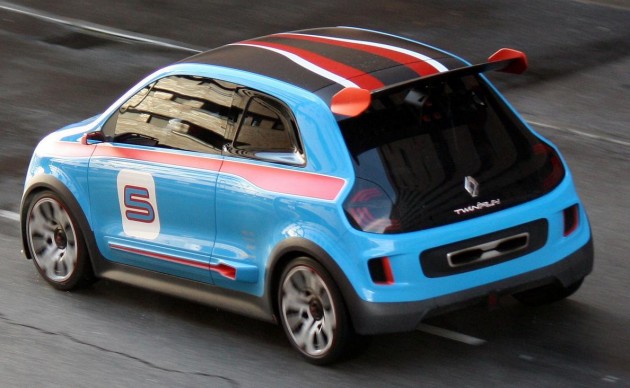 The reason many believe the concept follows this layout is down to the small vents which lead into the compartment behind the front seats. The rear track is also considerably wider than the front, potentially accommodating for an engine, and the cabin, or most of the rear cabin, is filled with a big chunky roll cage which could support parts of a rear-mounted engine. 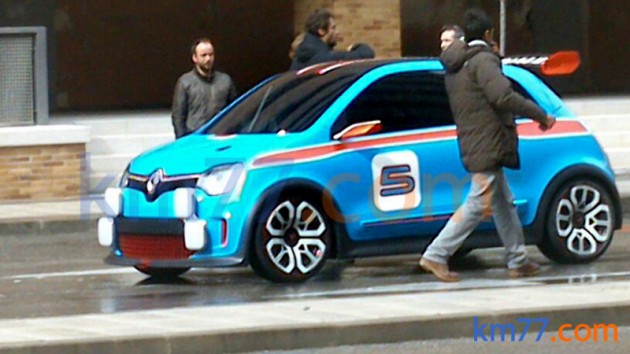 The element that really seems to hammer home the 5 Turbo pedigree though is the fact that an actual Renault 5 Turbo from the Eighties is following the concept through the streets. A ‘5’ is also displayed on the doors.

The original Renault 5 Turbo was created as a rally car, however, to comply with Group 4 FIA homologation, 400 road cars had to be made. They were produced between 1980 and 1984, featuring a turbocharged 1.4-litre engine mounted behind the front seats.

The mighty engine produced 118kW. In a car weighing in at just 970kg, the power-to-weight ratio is about the same as the current Fiat 500 Abarth, only with rear-wheel drive.

Click play below to see for yourself. The concept sounds very loud, like a proper rally car, and does a nice little skid towards the end to flick out the tail.

Renault is expected to reveal whatever the creation is in the very near future.