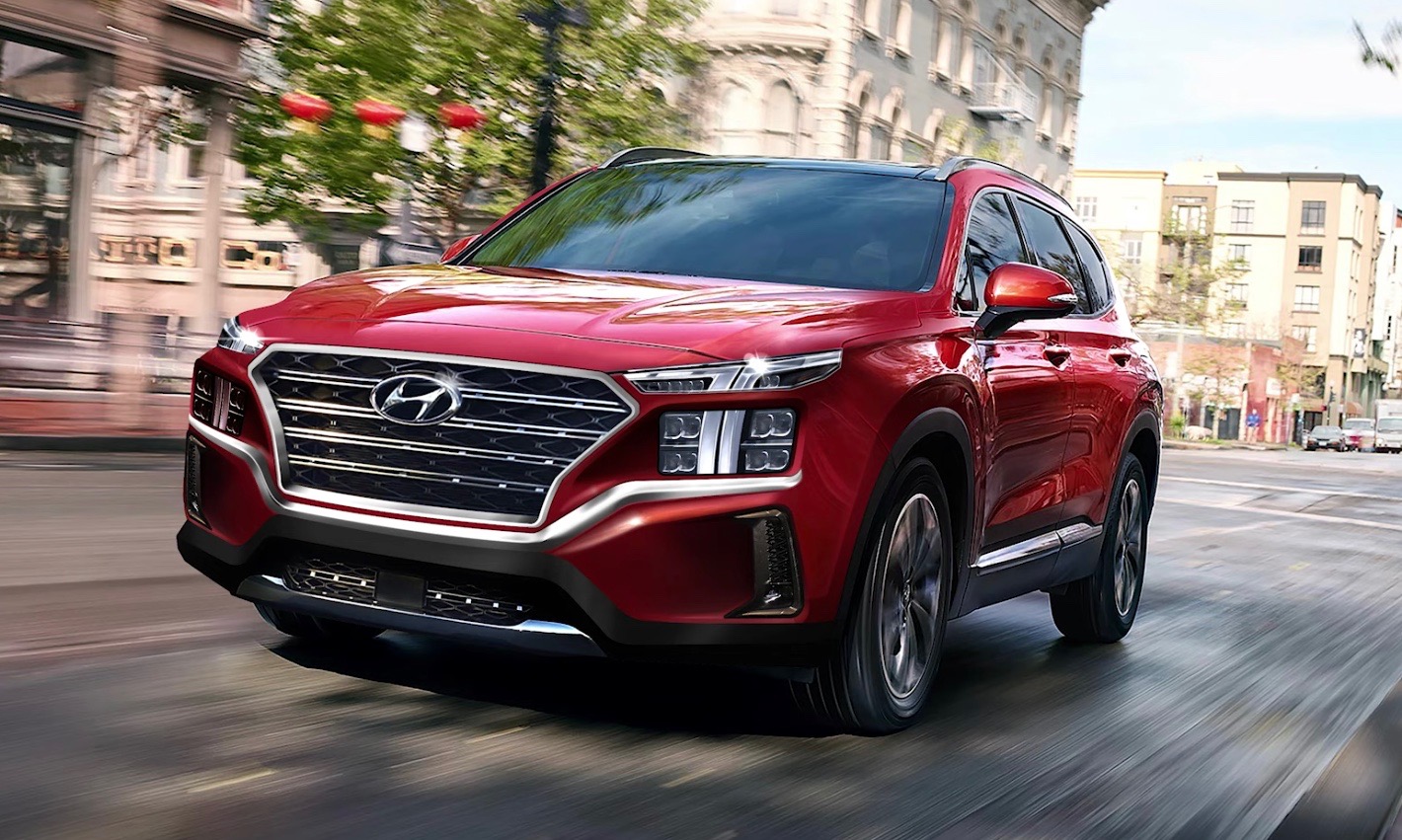 With the all-new 2021 Kia Sorento just around the corner, it’s understood Hyundai is preparing a pretty major update for its sister vehicle, the Santa Fe, for later in the year. 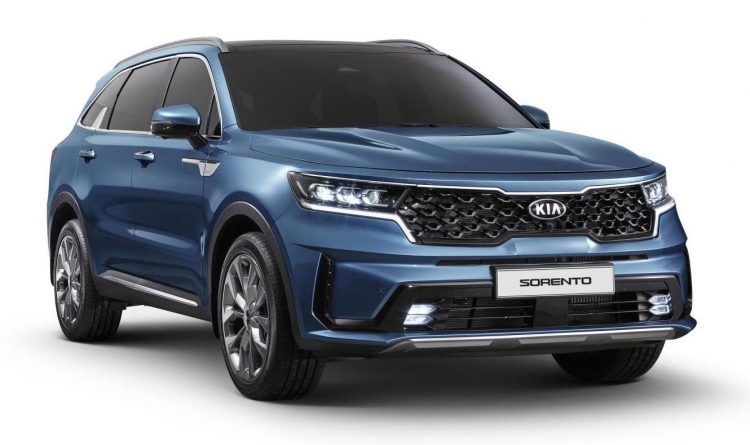 Kia has confirmed some juicy details the 2021 Sorento, including saying that it will be based on an “all-new” platform and confirming it will be offered with a hybrid powertrain (although market regions are yet to be confirmed). Such specifics are set to be applied to the upcoming Santa Fe as well.

Starting with the engines. An alleged official spec sheet, surfacing on Sorento Club MQ4 forum, outlines a range of interesting units for the Sorento – and likely some for the Santa Fe. For left-hand drive markets, according to the sheet, the Sorento will be offered with Hyundai-Kia’s new 2.5-litre ‘G2.5′ GDi petrol engine producing around 146kW. More interestingly, it looks like there’s going to be a 1.6-litre turbo-petrol hybrid, paired to a six-speed automatic with all-wheel drive. 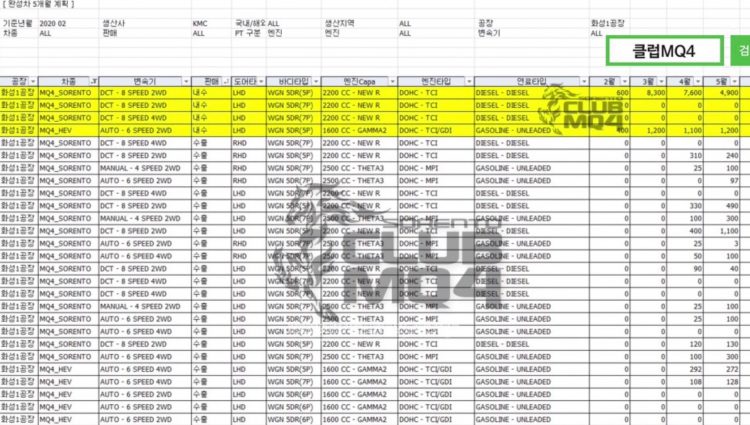 According to the spec sheet the hybrid won’t be offered in right-hand drive. This means it won’t be offered in Australia in the near term, in the Sorento anyway. A hybrid does makes sense overall though as Hyundai Motor Group has already confirmed it will be launching hybrid options for the Sorento, Tucson and Santa Fe this year. In a statement, Hyundai Motor Group said:

“This year, the group will further bolster the sales of electrified models, adding hybrid and plug-in hybrid variants to its best-selling SUV models, including Kia Sorento, Hyundai Tucson and Hyundai Santa Fe.”

The 2.2-litre turbo-diesel ‘R’ engine is set to continue on, although in “new” form according to the spec sheet. But, oddly, this engine seems to be paired up to an eight-speed dual-clutch automatic. At the moment the 2.2 diesel in the Santa Fe and Sorento is matched to a conventional eight-speed auto. 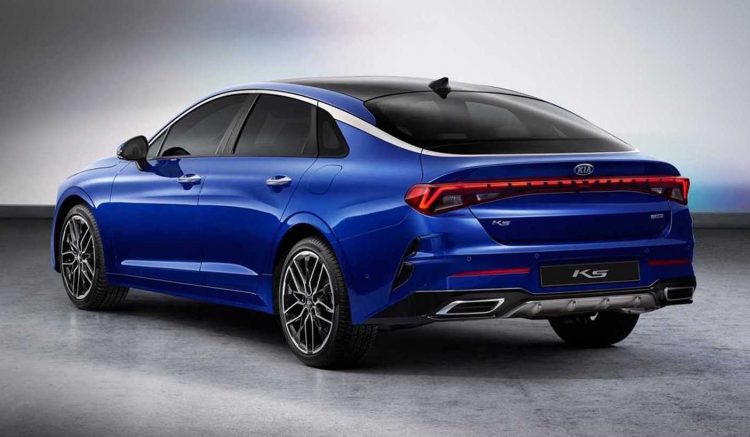 A more exciting prospect is the possibility of both Kia and Hyundai offering its new 2.5-litre turbo-petrol four-cylinder. It was recently unveiled with the new Optima GT, where it produces 213kW and 422Nm. This unit is matched to an eight-speed dual-clutch auto, which could be the same as the one indicated for the 2.2 diesel above.

This engine could be in line for a Sorento GT-Line or even a Sorento GT, while for the Santa Fe it could be the basis for an all-new N-Line variant. We’ve heard Hyundai will be installing this engine into its new Sonata N-Line in the very near future, so we don’t see why the company wouldn’t want to offer a similar package for its more popular SUV.

It seems Kia is getting first dibs on a number of projects lately. It was first (just) to use the mid-size rear-wheel drive layout for its Stinger and then Genesis used it shortly after for the Genesis G70. The 2.5T has already been announced for the Optima GT but Hyundai is yet to slot it into any of its products. And now it looks like Kia will be debuting the latest platform/engines for the Sorento before the Santa Fe gets it.

Speaking of the new Sorento, there’s talk that it might make a full debut on February 20, just ahead of the opening of the Geneva motor show on March 3. 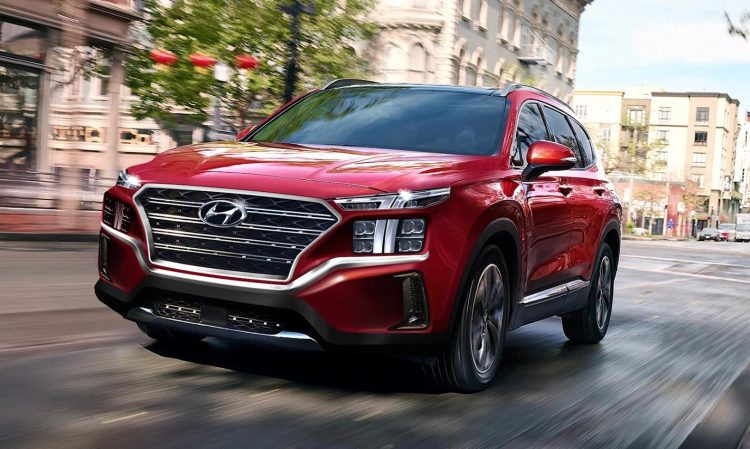 As for the design of the upcoming 2021 Santa Fe, it’s set to receive some styling inspiration from the Hyundai Palisade. A rendering has been drawn up, by NY Mammoth’s Studio, which could give us a pretty good idea. It takes in the clues seen on recent prototypes, including the unusual headlight detail that drops down vertically. Much of the body, major contour lines and torso are expected to be quite similar to the current model. 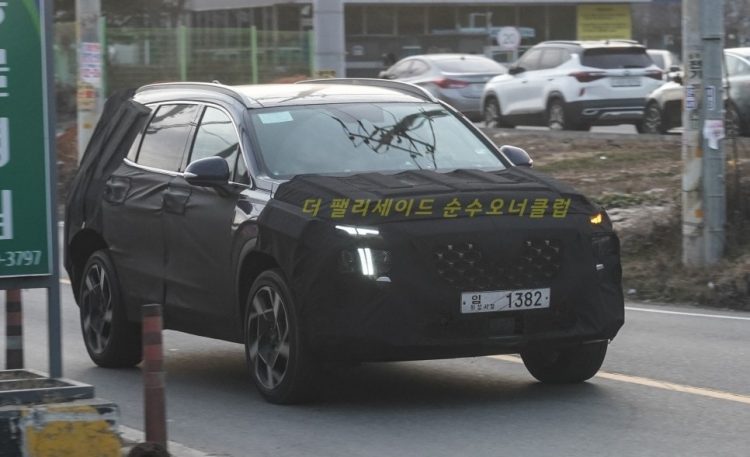