Not long after the new E-Class sedan and estate wagon were revealed, Mercedes-Benz has pulled the covers off the new 2014 Mercedes-Benz E-Class Coupe and Cabriolet. Both are based on the sedan, only they feature sporty two-door styling. 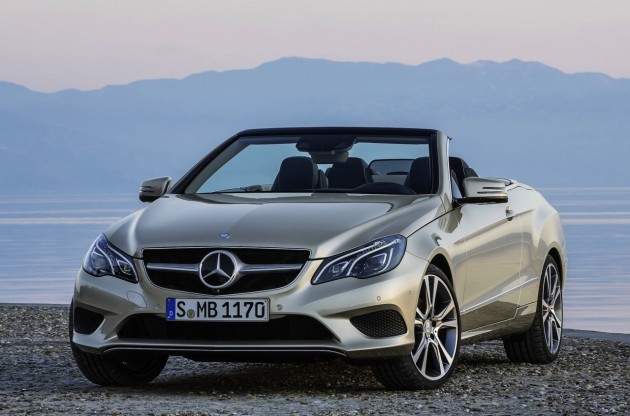 Like the sedan and wagon, the new Coupe and Cabrio receive the updated front end styling with single-piece headlights. The nose also gets a more pointed grille, while at the rear things are similarly revised for a sharper design.

Overall, the design update seems to give the big Benz a smart and more sophisticated look over the current model. It also appears more active and aggressive, particularly from the front.

Inside, the cabin has taken an equality ‘intelligent’ step forward, showing off loads of suave silver finishes, a new dash and multimedia interface, a sportier three-spoke steering wheel, and a central dash fascia that is skewed slightly towards the driver.

For the drop-top, various technologies keep passengers comfortable when the roof is down. There’s the AIRSCARF system, which gently blows warm air at the back of the neck, and the optional AIRCAP system which incorporates an automatically deploying wind-deflector to reduce wind swirl in the cabin. 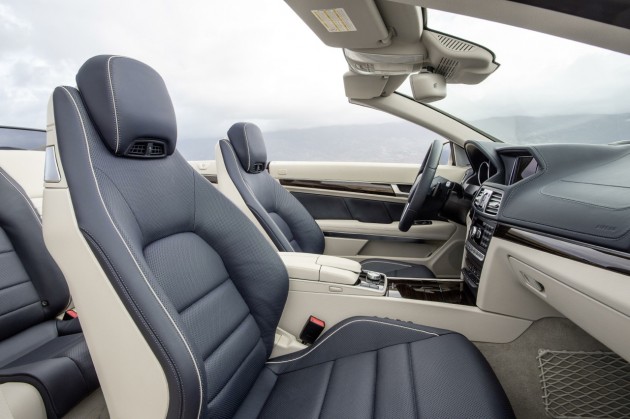 For Australia, the new E-Class sedan and wagon will go on sale in June. The Coupe and Cabriolet are set to arrive a bit later, in September. Official Australian specifications and model ranges are yet to be announced.