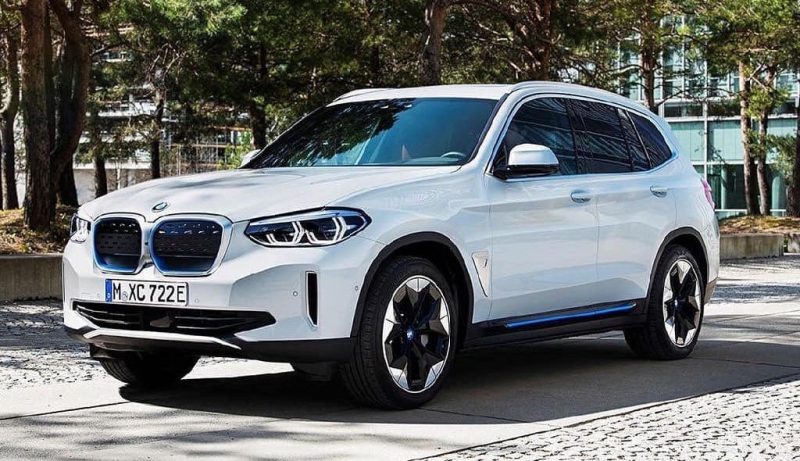 Images of the upcoming BMW iX3 have surfaced on social media, revealing the all-new electric SUV ahead of its official unveiling expected very soon. 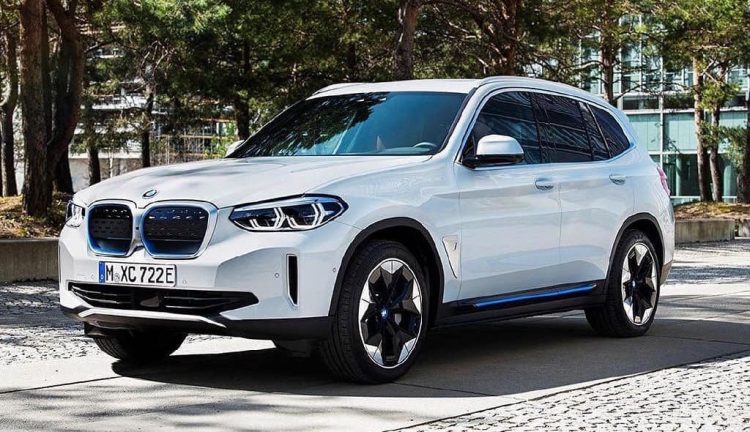 The iX3 is a bit late to the party, following the launch of the Jaguar I-PACE, Mercedes-Benz EQC, and Audi e-tron in the premium mid-size electric SUV segment. But it is set to brig some interesting characteristics to the class. For one, it will be the only rear-wheel drive model, promising a “traditional BMW” driving experience, according to the company.

As for the design, it won’t step too far away from the current X3 theme and in fact the iX3 concept car that debuted in 2018. If these images are official, and they certainly look it, BMW will introduce some vertical vents for the front corners, a revised and eco-ised front grille, while the rear showcases unique blue trimmings for the diffuser area. 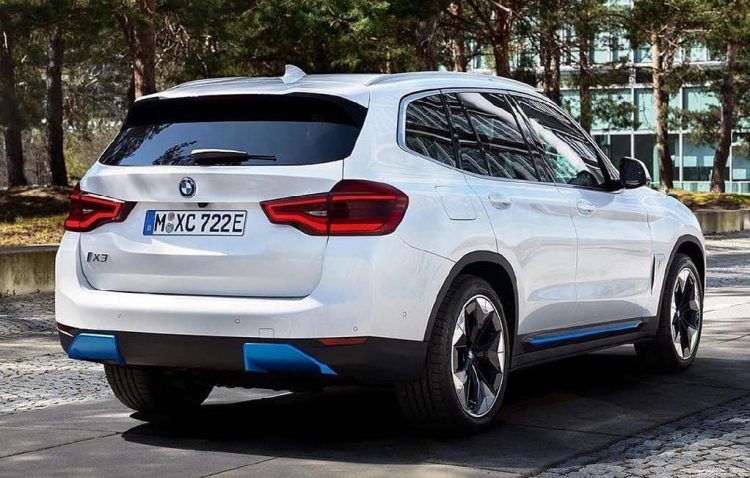 This example also shows off the Aerodynamic Wheel option that was previewed in February. These wheels promise to increase the SUV’s range by up to 10km thanks to an innovative and very lightweight construction, but also thanks to an aero design that reduces drag.

Full production specifications are yet to be outlined but BMW has previously revealed plenty of highlights. Power will come from a 74kWh battery pack feeding to a new-generation eDrive electric motor that produces around 210kW and 400Nm. With a full charge the package is set to offer a range of more than 440km.

Those stats are behind the Jaguar’s 294kW output and 470km (WLTP) range, and the Audi e-tron 55’s 300kW and 446km range. But it is slightly ahead of the Mercedes EQC’s 434km range. It’s unknown at this stage if BMW will be offering multiple variants with different output levels like the Audi and Mercedes.

The BMW iX3 is expected to have an online debut very soon, with market entry to commence later this year. An Australian introduction is slated for next year.