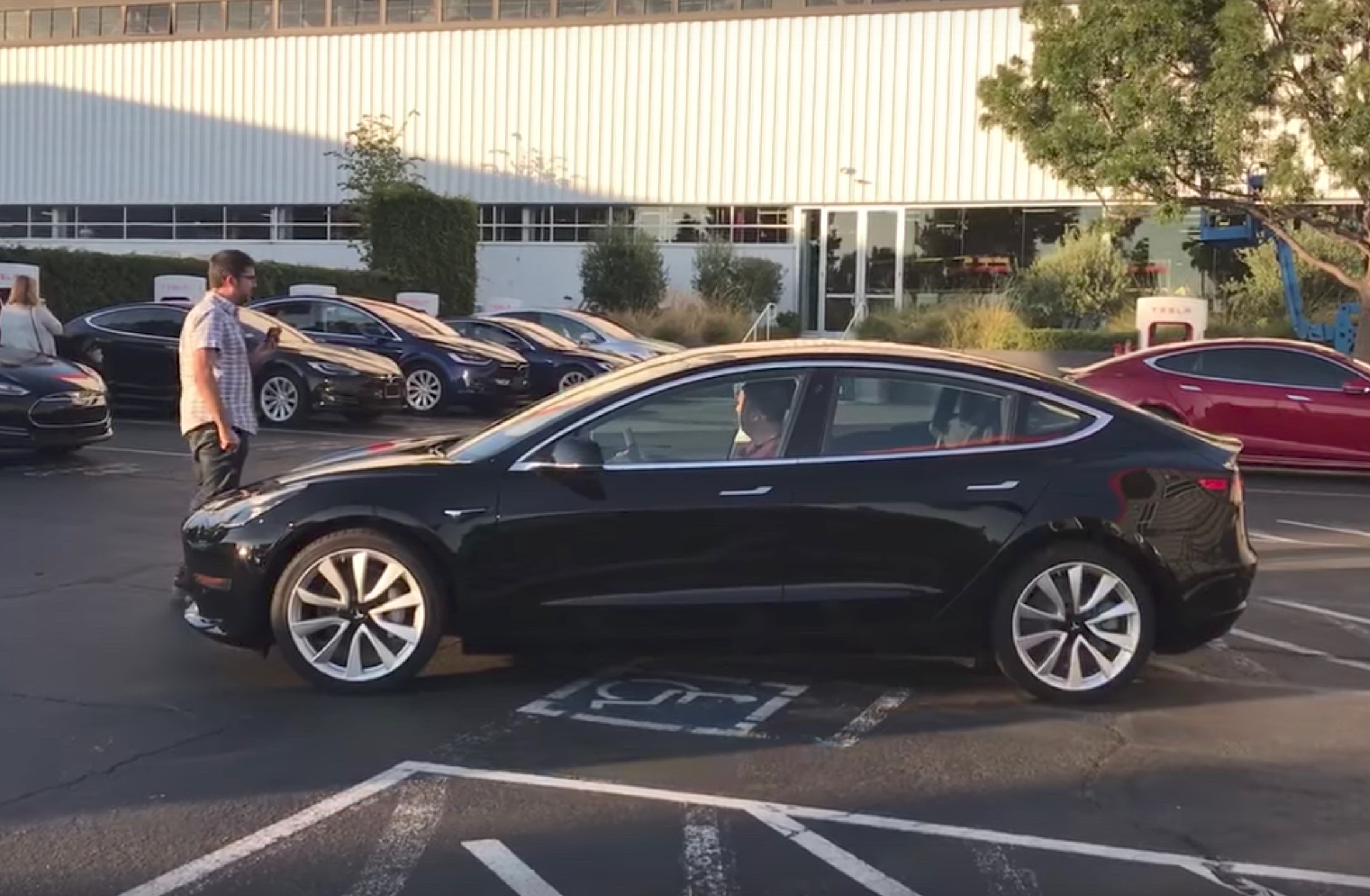 The first production Tesla Model 3 rolled off the production line last week, blowing some analysts’ predictions of a delay out of the water. New video footage gives us a better look at the car in motion at the Tesla car park in Freemont, California. 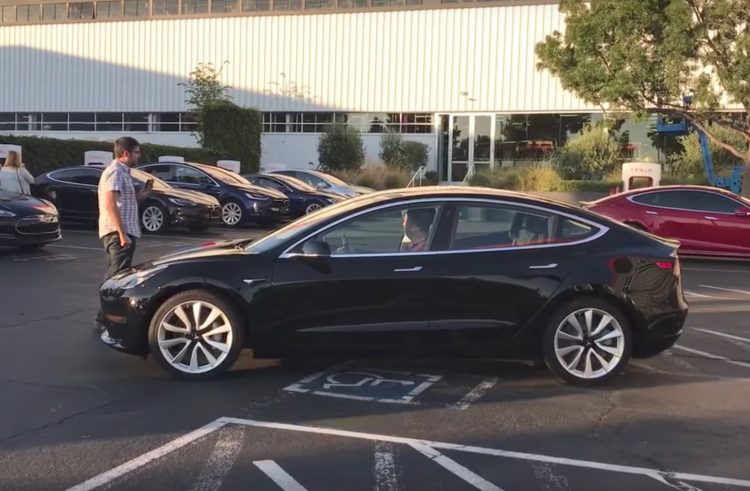 In the video, an employee is manouvering the black-painted Model 3 backwards and forwards, via a similar column-mounted gear selector to that you would find on a Model S or Model X.

As previously revealed, the spartan interior is ostensibly the same as the vehicle showcased at the Model 3’s unveiling in March 2016.
This means a central screen that incorporates all functions, including speedometer. A three-spoke steering wheel has been added, as well as extra storage compartments and cupholders.

The car will be going to Elon Musk, but he hasn’t procured it for himself. Instead, board member Ira Ehrenpreis was first in line to purchase the car, but has gifted it to Musk as a present for his 46th birthday (June 28, if you were wondering).

Production will gradually ramp up to 20,000 by December of this year, before an annual target of 500,000 for 2018 when Australian deliveries will commence.