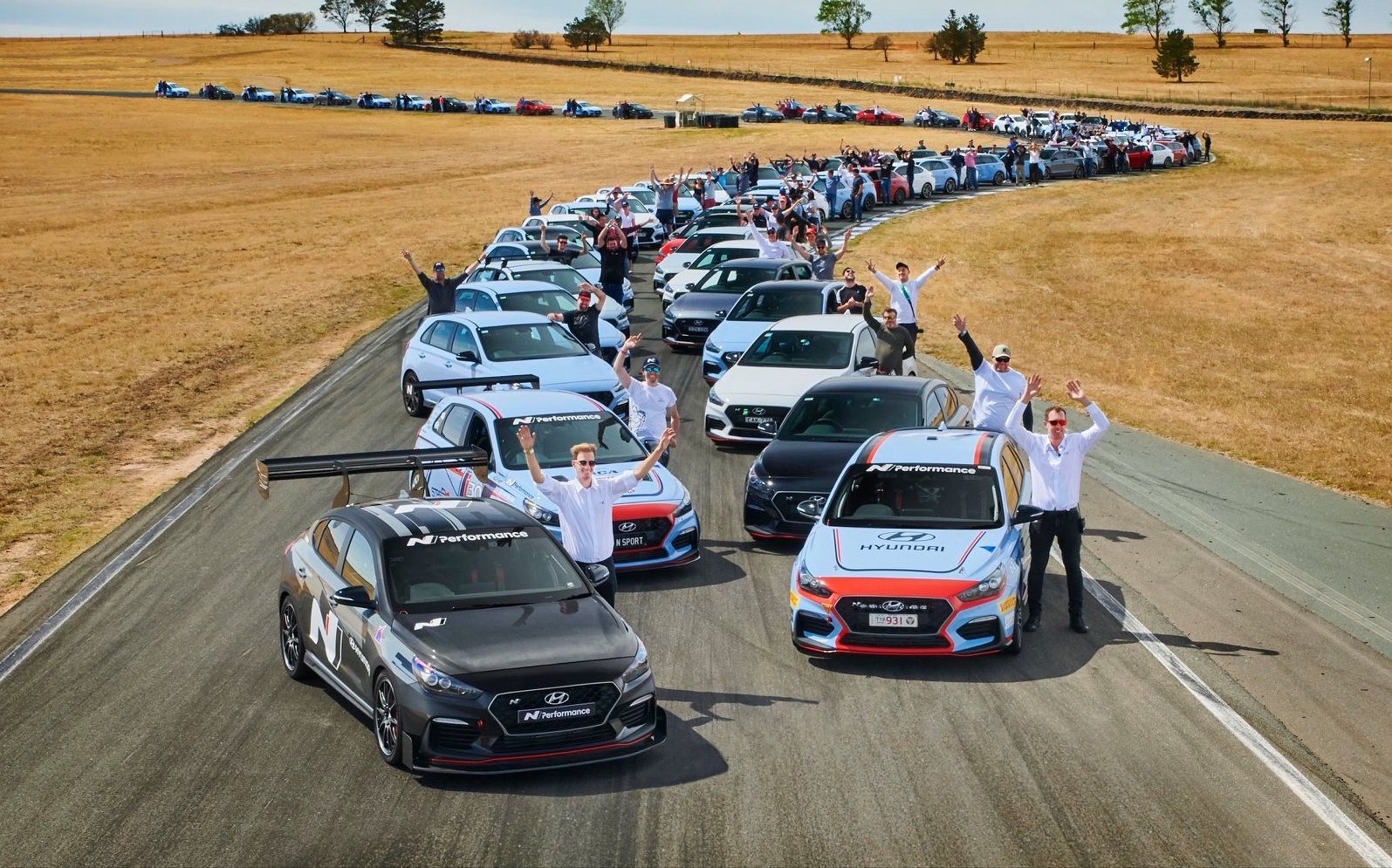 Hyundai Australia hosted its first ever N Festival over the weekend, inviting N owners out to a track day at Wakefield Park Raceway, just south of Sydney. Around 100 i30 N vehicles turned up for the free event, which created quite the spectacle. 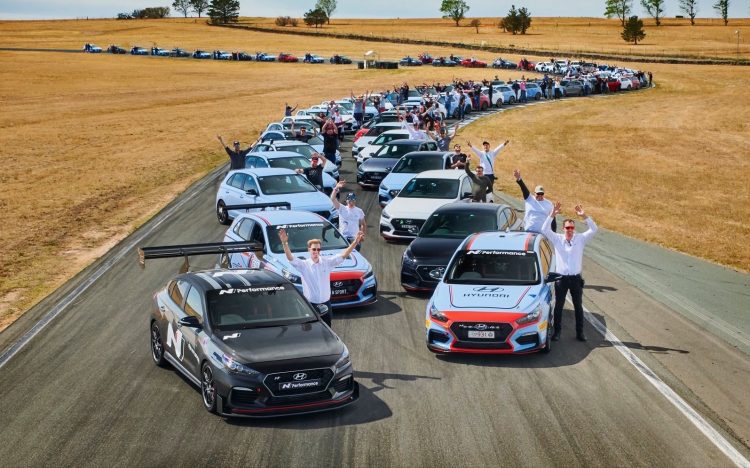 Fans were able to mingle with like-minded enthusiasts, and check out some of the aftermarket options available at the various exhibits that were set up at the track. The mighty iMax Drift Bus was on display at the event, featuring a turbo V6 engine conversion producing around 300kW. The crazy Veloster-based RM16 mid-engine concept car was also on display, following its Australian debut at the World Time Attack Challenge a couple of months ago.

The main event though was of course free track time. Owners could push their vehicles to the limits in the safe confines of the 2.2km course. And best of all, owners had the peace of mind that Hyundai’s factory warranty covers track driving. How cool is that? 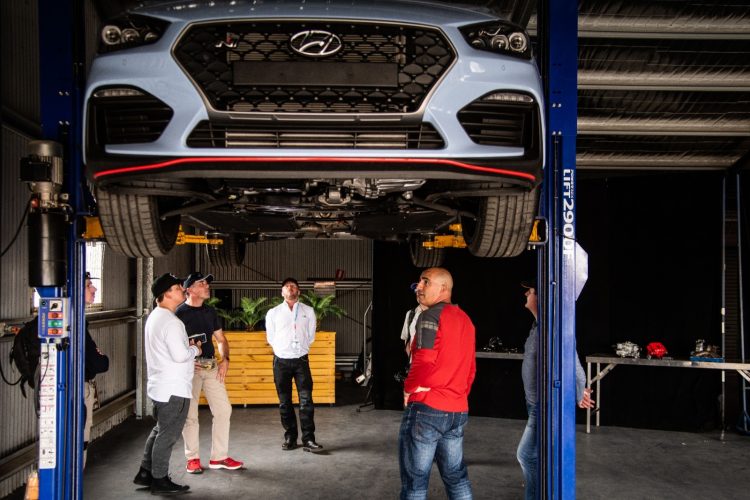 After a full day of track driving, with no speed limits or limits of any kind really, it was interesting to see no vehicle suffered any major issue. In fact, one of the engineers told us only one owner enquired about a set of brake pads. The car already had 30,000km on the clock, and Hyundai happened to have a set of spare pads and gave them to the owner – we’d love to see other manufacturers offering such service.

A number of Hyundai personnel and race car drivers were also on hand to answer any questions for the owners, and some local Hyundai engineers gave a bit of a presentation on an i30 N, discussing the various parts and engineering that went into the development. 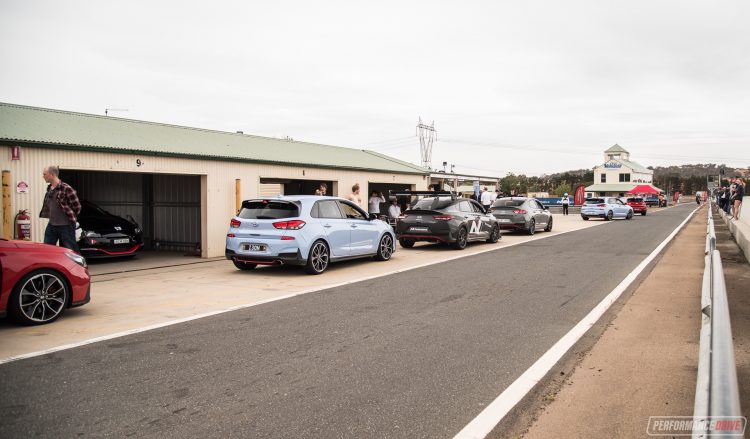 Fortunately for us, a handful of i30 N press cars were available for media to sample. So, we thought what a great opportunity to see what sort of lap time the little beast can manage. We grabbed a hatchback version with some (heavy) luxury options, such as electric seats, to see what it could do.

Keep in mind this is in no way any sort of official lap time, but it should give you an idea of what this little beast is capable of. For reference, the standard car featured the factory Pirelli tyres (a bit worn by the time we got to it), and we had the car in N mode with all stability systems turned off. 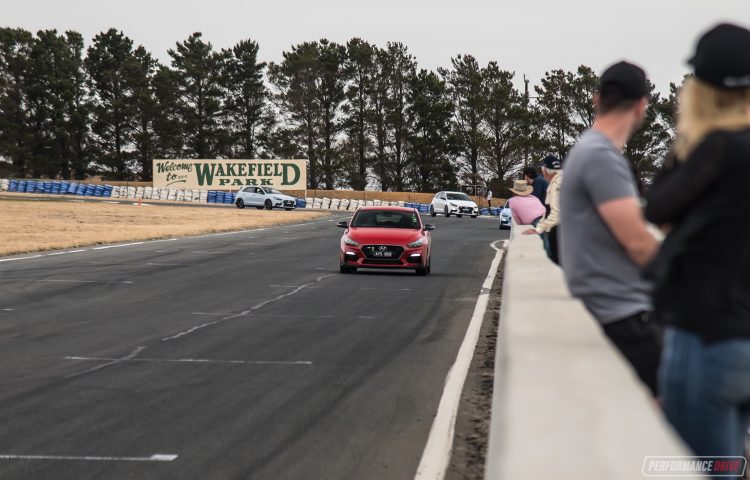 Our best lap on the day was 1:12.76, according to our Racelogic Vbox Sport. And that was with a bit of traffic to contend with. We think a time of around 1:10 would be possible with a clean run and some fresher tyres.

We’ve put together a little video from the event, and it includes our best lap in the car. Check it out below. Hyundai is hoping to make this an annual thing, and says it is considering taking the festival on tour around the country so all owners get an opportunity at the awesome experience.