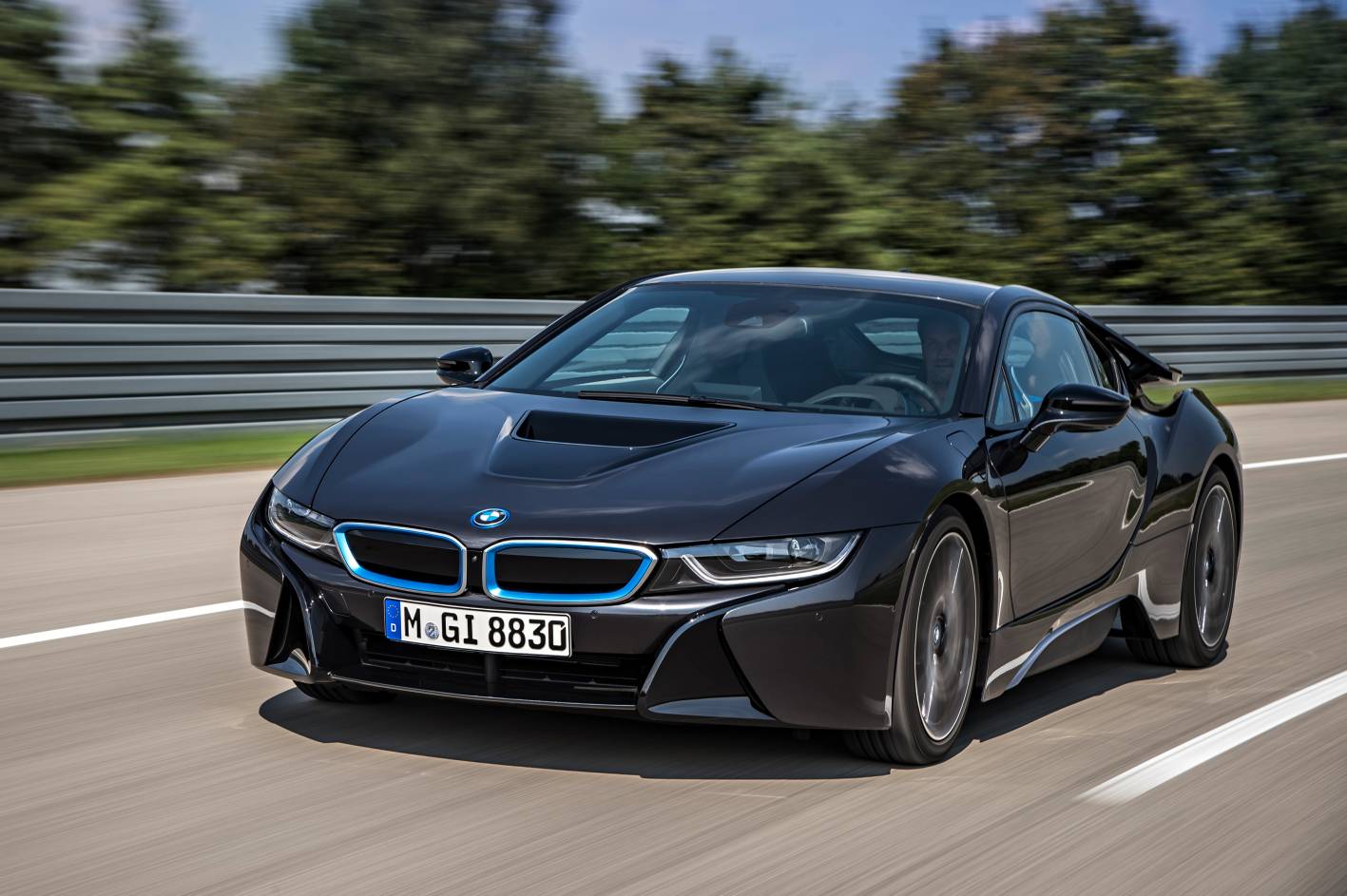 The 2013 Frankfurt Motor Show has just started in Germany, and one of the first vehicles to be unveiled it seems is the new BMW i8 production car. The car will be the second of many new BMW ‘i’ models to come out in the near future. 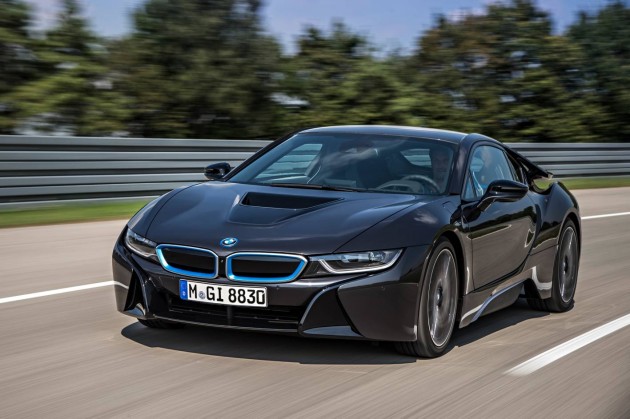 It’s hardly believable that this car you see hear is a production-ready model. You could and probably will see one of these driving down the street within the next year. BMW has managed to retain most of the original design themes as seen on the first BMW ActiveHybrid concept car from a few years ago.

As previously reported, the i8 is powered by a complex hybrid powertrain comprising of a 1.5-litre turbocharged three-cylinder engine producing a healthy 170kW alone, sending grunt to the rear wheels. It’s backed up by an electric motor which drives the front wheels, boosting overall output to 266kW and 570Nm.

On the tarmac, the system is able to send the i8 off from 0-100km/h in a very swift 4.4 seconds. Despite what is frankly cracking performance, the i8 is of course extremely economical, with an average fuel economy rating of just 2.5.L/100km.

This is an insane figure for such a dramatic sports car. To leave an even greener footprint, the i8 can be driven on electric power alone for around 35km, with a combined fuel/electric range of over 500km. 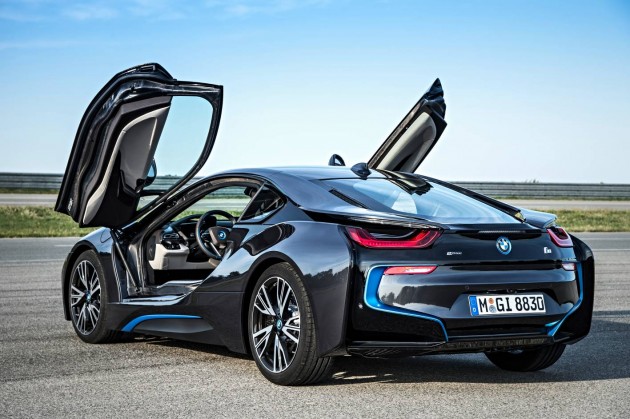 The i8 might be a dramatic-looking supercar, but on the inside it offers seating for four, with a very futuristic/modern interior decor with various connectivity platforms, and all of the safety systems you’d expect on a top-line BMW.

It also comes with a kerb weight of 1490kg thanks to a carbon fibre body, which is quite light for an all-wheel drive hybrid, and a set of 20-inch alloy or optional carbon wheels.

BMW Australia is set to introduce the new model locally, along with the BMW i3. Official timing is yet to be announced, however, later next year seems likely.