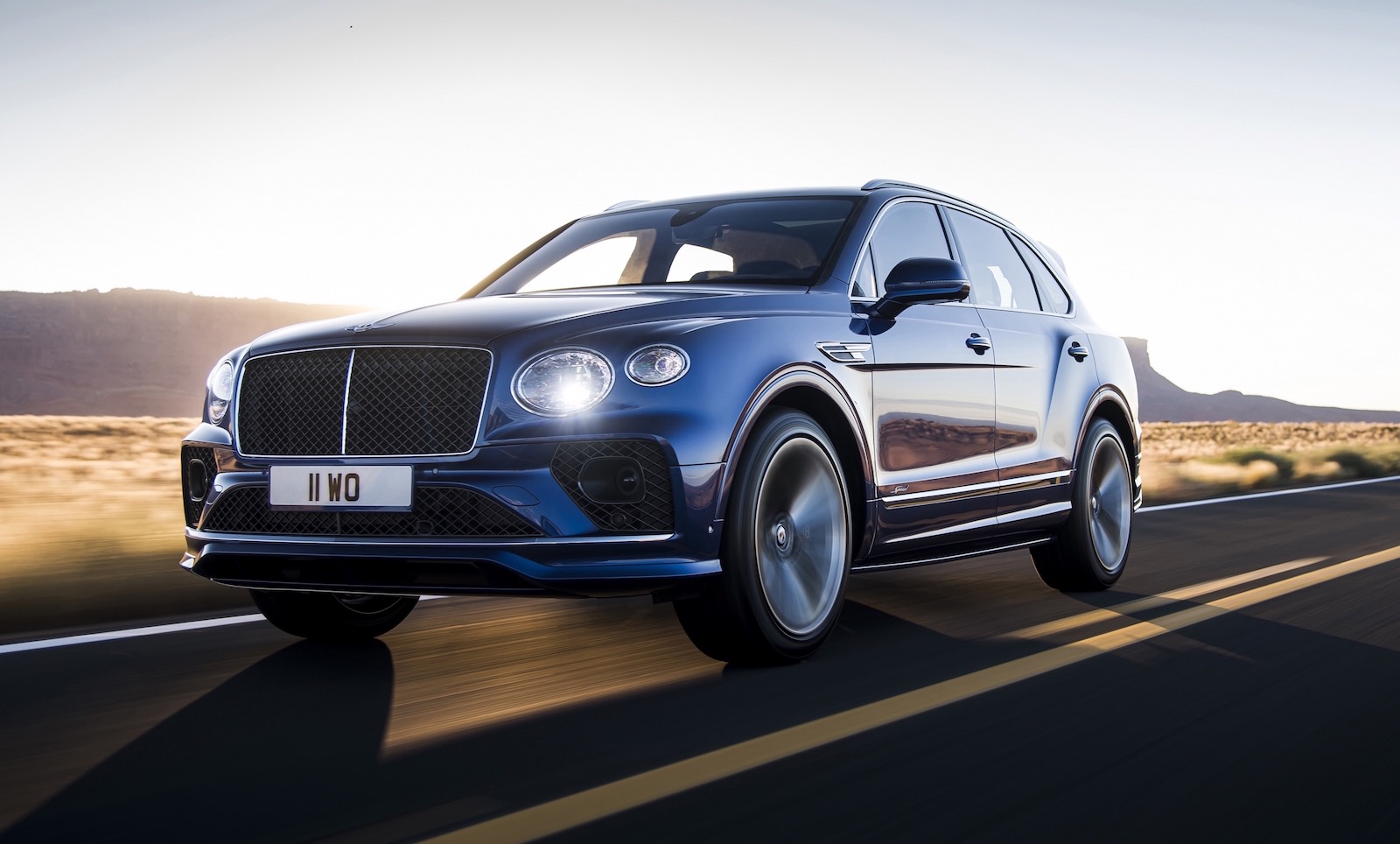 Following a preview earlier this week, the covers have now come off the 2021 Bentley Bentayga Speed. It remains the fastest SUV on the market, featuring a mega twin-turbo W12 engine. 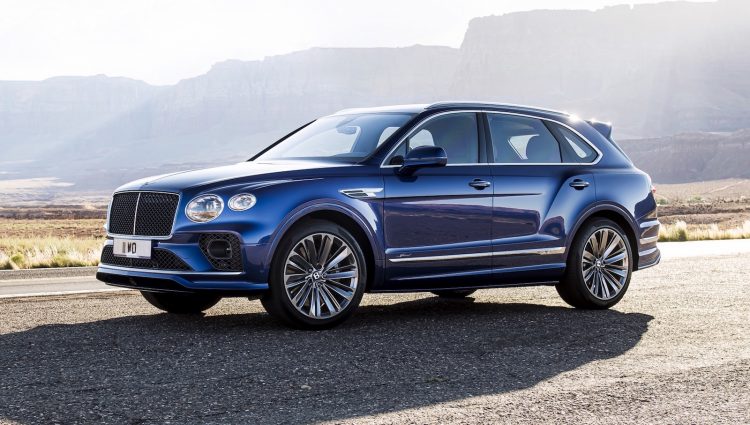 The new model is based on the… new model, which was unveiled last month. Telltale signs include the updated headlights with twin circular light clusters, as well as oval-style taillights at the back which are inspired by those on the latest Continental GT.

Bespoke to the Speed is a set of 22-inch alloy wheels available in painted or dark tint finish, as well as signature badging, oval exhaust tips to signify the W12 engine, dark tinted headlights and taillights for that sporty and sinister theme, and colour-coded side skirts and a big rear spoiler on the tailgate. 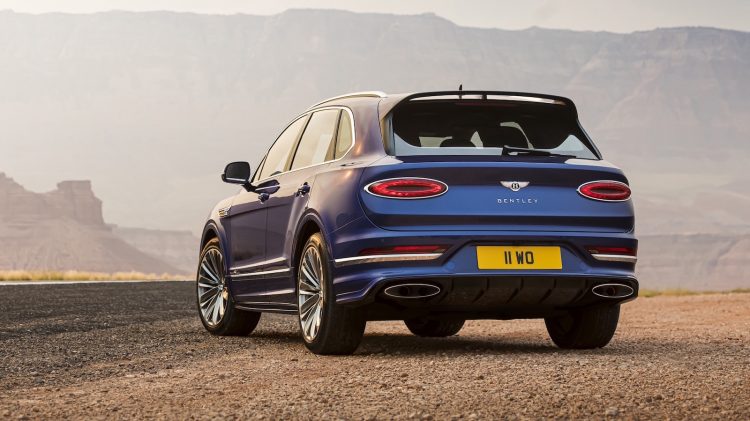 Buyers can of course personalise various aspects as well, and choose between 17 standard paint colours and 47 more in the Extended and Mulliner range. If that’s not enough, there’s also 24 two-tone layouts available. If that’s still not enough, Bentley can colour-match any surface to suit the customer’s desire.

Like the regular Bentayga in updated form, the interior now features a bigger and higher resolution 10.9-inch touch-screen. It includes anti-reflection and anti-glare properties, and comes packed with Android Auto and Apple CarPlay, as well as a variety of in-built apps. The screen can also alternate between Classic and Expanded display formats.

Passengers are caressed in high-quality leather and Alcantara-wrapped seats with special Speed embroidery, while the entire decor is made up of a unique colour split. Dark colours are contrasted with the primary leather accents throughout the cabin, with soft Alcantara applied to sections of the door trims, steering wheel, gear selector, and upper pillars and headliner. 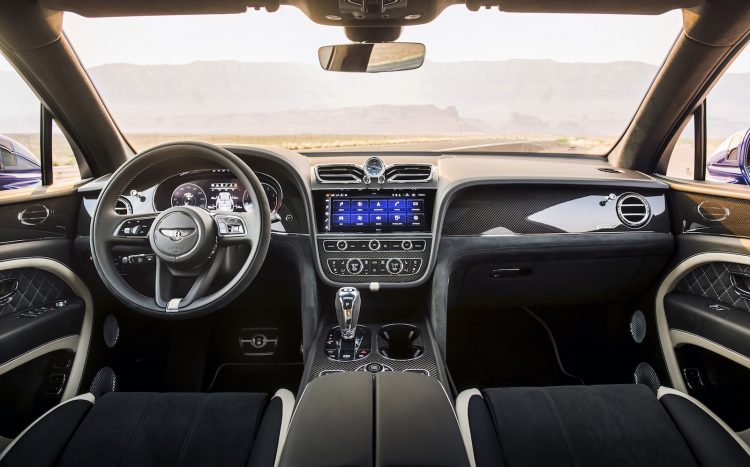 So, what’s under the bonnet? Being called the Speed means it was always going to be fast. And it is. The big SUV is powered by a 6.0-litre W12 twin-turbo engine which develops 467kW and 900Nm. These outputs are carried over from before, and propel the British machine from 0-100km/h in just 3.9 seconds. The top speed is 306km/h, making it the fastest factory SUV in the world (behind the Lamborghini Urus; 305km/h, Aston Martin DBX; 291km/h, and Alpina XB7; 290km/h).

Drivers can toggle though the Drive Dynamics system to exercise the Bentayga’s versatility, with Comfort, Sport and Bentley modes all providing unique settings for the powertrain and suspension. There’s also a Custom mode that allows users to pick and choose between different specific settings. Speaking about the new model, Bentley chairman and CEO, Adrian Hallmark, said:

“Ahead of the launch of the new Bentayga Hybrid – the world’s only definitive luxury hybrid – in the coming months, it’s important that we still recognise the customer desire for absolute performance. The new Bentayga Speed remains the fastest SUV in the world, but more that, it’s also the most luxurious version of the new Bentayga – the best of both worlds, the pinnacle.”

As Hallmark mentions, there is a new hybrid option coming later down the track. But for now Bentley says the Speed is being offered in markets where there is demand for the W12 monster; the Americas, Middle East and Asia Pacific regions.