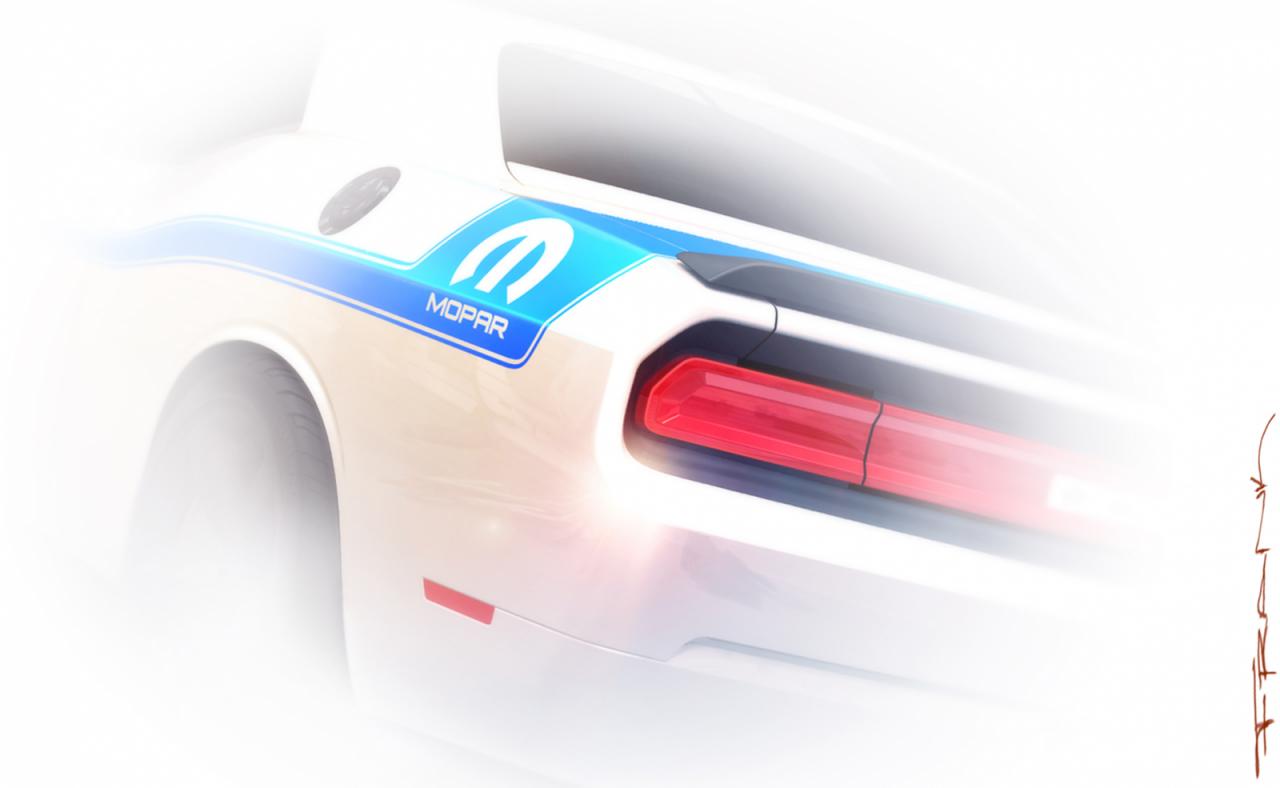 Dodge has released a teaser image of a new Dodge Challenger Mopar edition it plans to reveal at next month’s SEMA Show in Las Vegas. The special edition is set to come with various tasty Mopar enhancements. 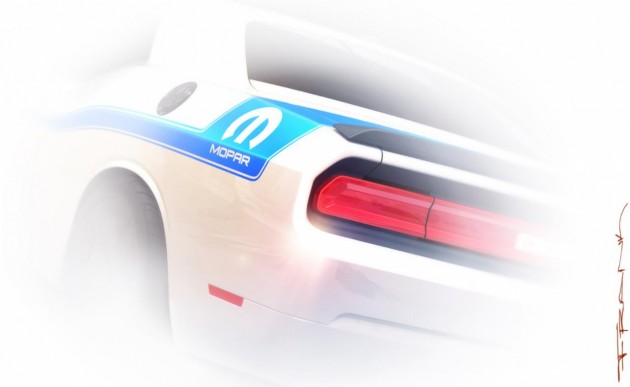 Not much is revealed in the teaser image other than a set of blue racing stripes with a ‘Mopar’ logo along the sides, as well as a new black lip spoiler setup on the boot lid.

It’s possible the car could also show off a special bodykit with a front spoiler and revised grille, along with some larger alloy wheels, and a full Mopar exhaust system with under-bonnet tweaks.

It’s also possible the interior has been given a complete makeover. Pietro Gorlier, president and CEO of Mopar, Chrysler Group LLC, recently spoke about the project, saying,

“Our new Mopar ’14 will instantly resonate with enthusiasts. This limited-edition ride is for muscle-car fans who love high octane and customisable performance.”

Although the edition might not go on sale as a complete vehicle, most of the parts and accessories showcased on the car are likely to be available through the Mopar aftermarket catalogue.

All will be revealed at SEMA, which runs from November 5-8.