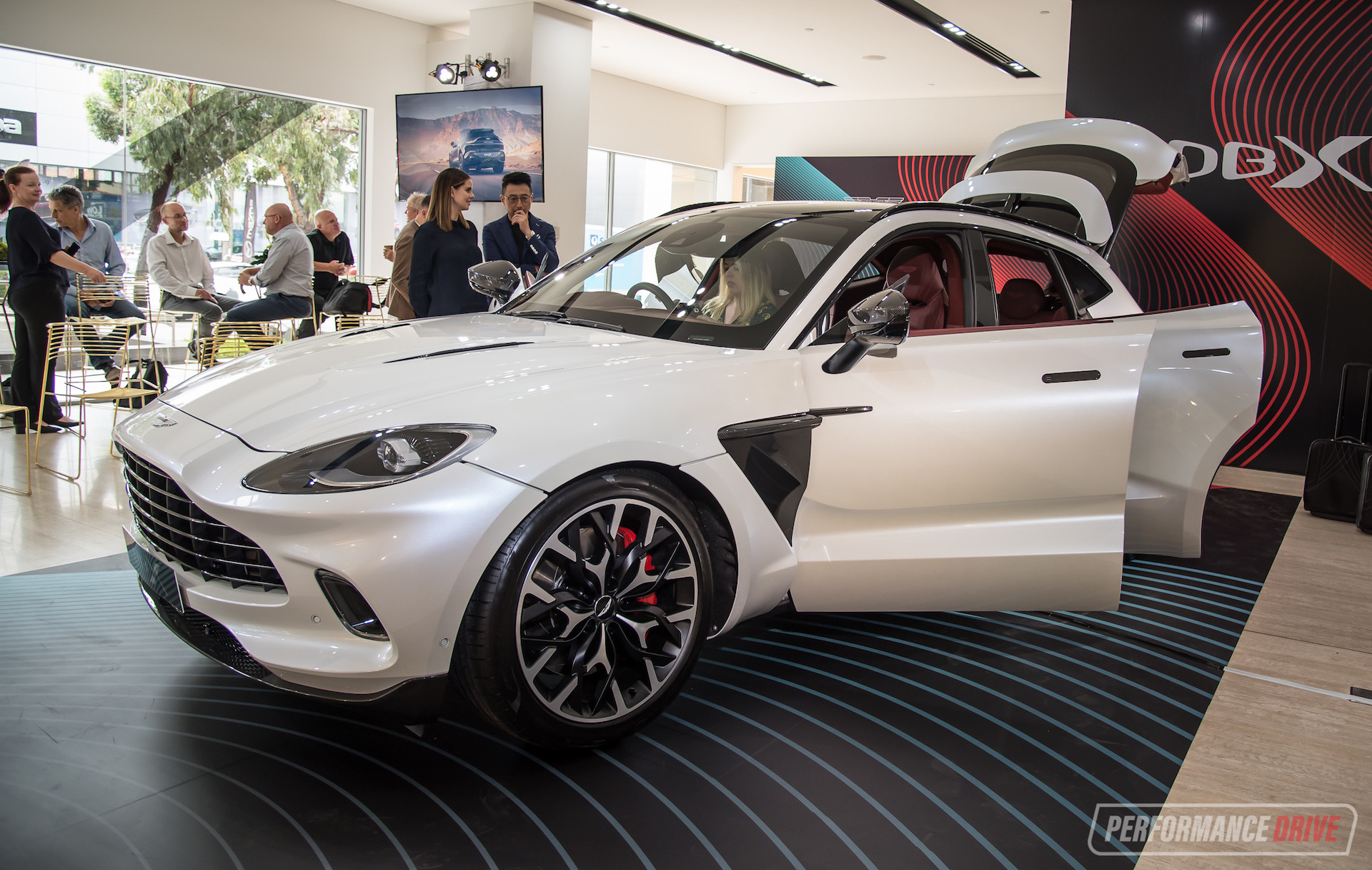 Set to become the last word in luxury performance SUV motoring, the Aston Martin DBX made its Australian debut today during a special media event in Sydney. And what a machine it is to behold. 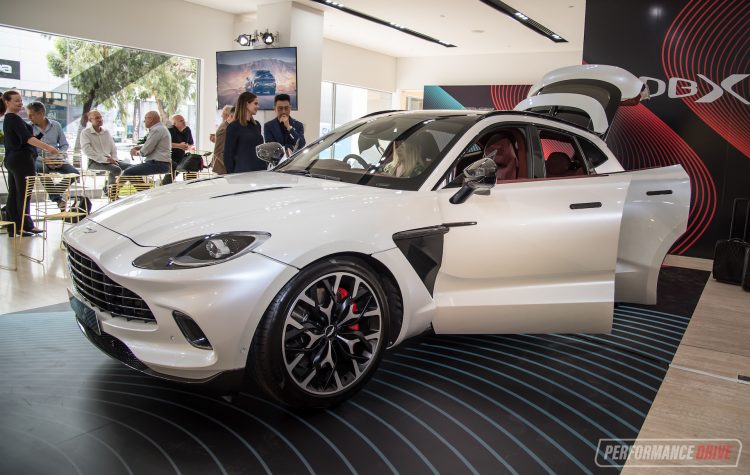 Ordinarily, SUVs aren’t really known for showcasing really attractive designs. Well, not primarily anyway; their focus is usually practicality and off-road readiness, and then performance and/or design. But we can confirm, in the metal, the DBX looks absolutely breathtaking. It’s surprisingly low-slung as well, with a low and swooping roofline obviously connecting it to the brand’s extensive pedigree of coupes and convertibles.

At the presentation, the beautiful white show car – in right-hand drive – was fittingly positioned in its lowest ride height setting. How does it do that? With three-chamber adjustable air suspension. When it’s hunkered down like this it can flex its muscles as an agile sports car, while raising it up provides real off-road capability. 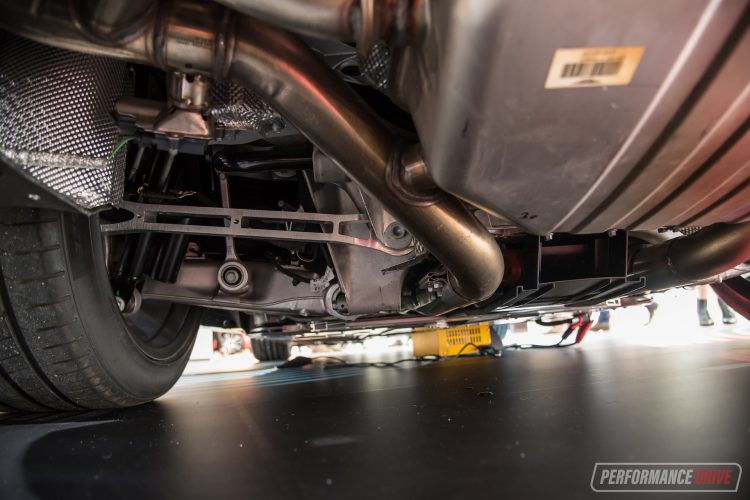 It does promise some degree of off-road performance, too. It’s not just a show pony. You might remember in 2018 Aston Martin handed out some preview images and a video showing early prototypes being torture-tested in all kinds of rough and unforgiving terrain. Speaking about its abilities, Patrik Nilsson, president of Aston Martin Asia Pacific, said:

“We are delighted to locally unveil DBX here in Sydney, the all-new and first SUV from the marque. DBX, the most beautiful SUV, offers such a broad range of capability – from sportscar dynamics and off-road versatility to incredible elegance and style – making it ideally suited to Australia and New Zealand’s both rugged terrains and beautiful landscapes.” 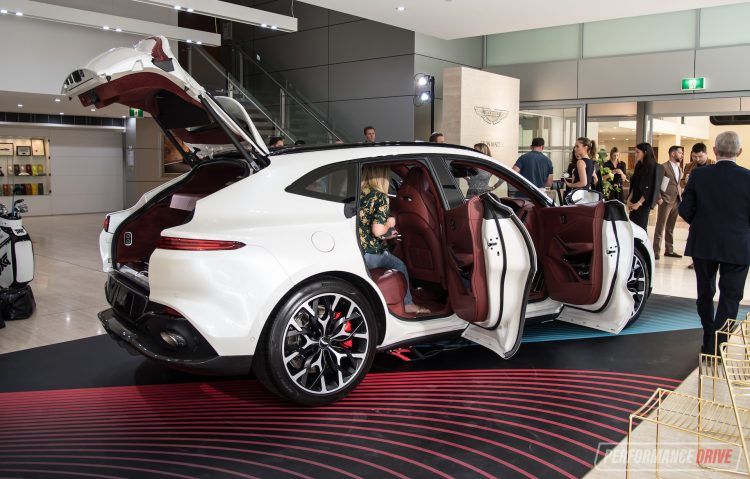 The DBX rides on a fresh platform made using bonded aluminium to ensure optimum stiffness and strength, as well as lightness and cabin space efficiency. And then at the heart of it is a 4.0-litre Mercedes-AMG-derived twin-turbo V8 that produces 405kW and 700Nm. Aston claims 0-100km/h comes up in just 4.5 seconds, with a top speed of 291km/h.

Inside, the DBX is the British company’s first proper five-seat vehicle. We had a sit in the front and back and can confirm there is plenty of room in the front, with a raised centre console to make you feel wrapped in like a sports car. In the back there is also lots of legroom, and headroom isn’t likely to be an issue for most people. Part of the latter is thanks to the standard panoramic glass roof which is slightly raised from the ceiling level. 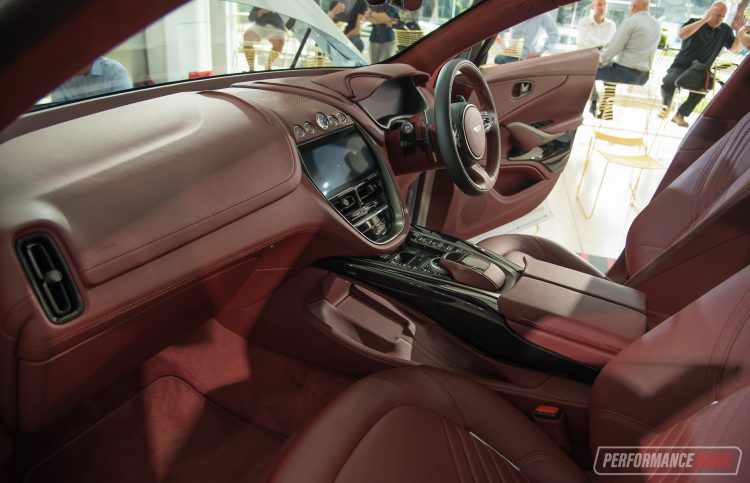 Up on the dash is an all-new 10.25-inch TFT touch-screen featuring Apple CarPlay as standard, along with a 360-degree camera, and of course sat-nav and the usual media applications. Across to the driver, there’s another new 12.3-inch TFT instrument cluster. You might notice we keep saying ‘new’, and that’s because nothing fundamental inside is carried across from other Astons.

Aston Martin says that while various option packages are available so buyers can customise and personalise their orders, all available safety systems do come as standard. This is a great policy, in our opinion, and one that should be adopted by all carmakers, especially premium brands.

The Aston Martin DBX is available to order in Australia now, and is priced from $357,000 (excluding on-road costs). The first local deliveries are set to commence in May.