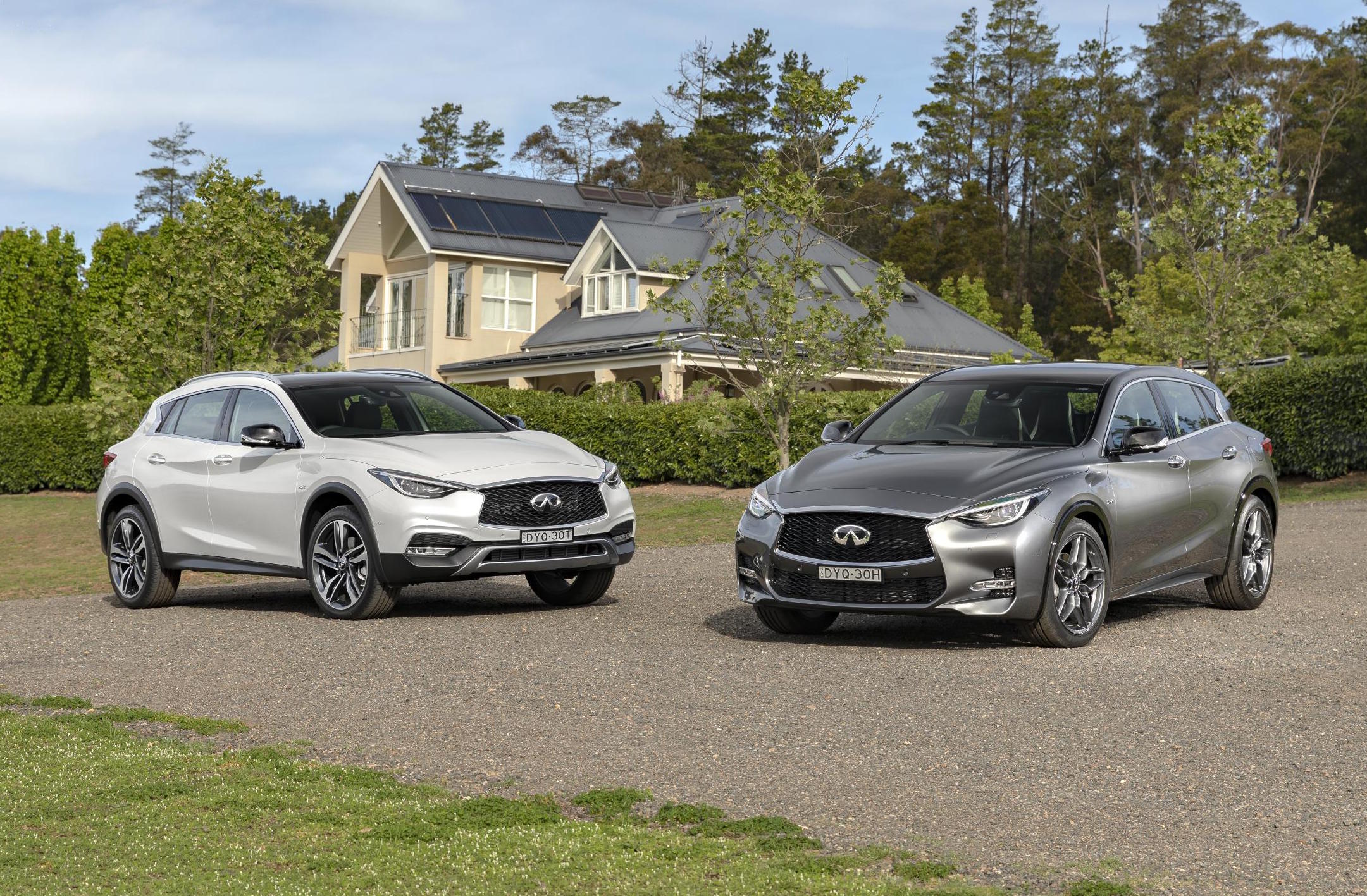 Infiniti’s smallest model has come in for some light updates for 2019, including a streamlined lineup. Now there are just three models between the Q30 and QX30. 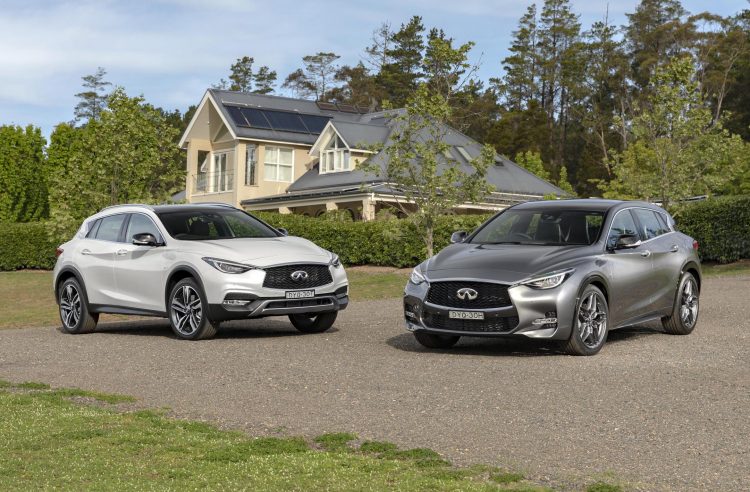 Following in the footsteps of the Q50 and Q60, the 2019 Infiniti Q30 and QX30 adopt a new lineup structure. The Q30 is available in Sport and Sport Premium, while the QX30 crossover comes in GT Premium only. All are powered by the sole 2.0-litre turbo-petrol four-cylinder engine, producing 155kW and 350Nm.

As part of the 2019 update, all three models now come with digital radio and a rear-view camera as standard, as well as LED headlights, traffic sign recognition, and Adaptive Front-lighting System (AFS). Lane departure warning is also included for added safety.

Moving up to the Sport variant gets you a 10-speaker Bose sound system, along with dual-zone climate and rear passenger vents, adaptive cruise control, and front parking sensors. If you jump to the QX30 Sport you also get all-wheel drive and some new-look 19-inch alloy wheels, and off-road comfort-tuned suspension.

The Q30 and QX30 haven’t made a huge impact on the Aussie market. Specifically, they sit in the ‘small SUV above $40K’ segment, with the likes of the BMW X1 and platform-sharing Mercedes-Benz GLA. So far this year just 153 examples have been sold, which is down 22.3 per cent on last year (year-to-date). 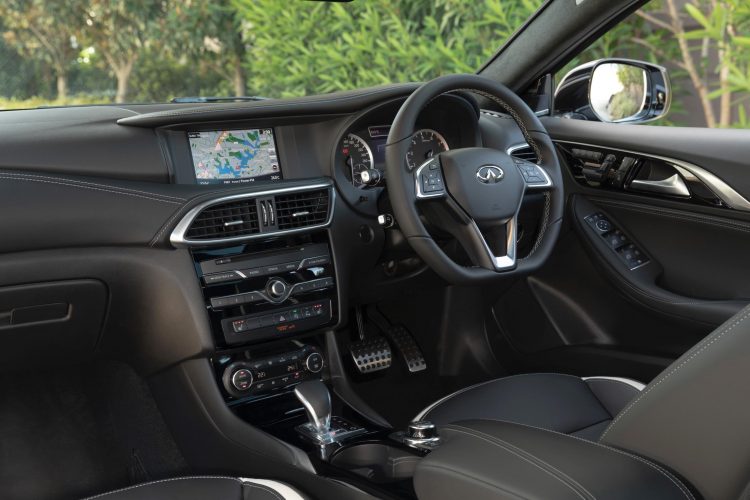 With these updates the sales could spike. Infiniti Cars Australia managing director, Guy Street, said the cars “deserve a higher market share, and we believe this range of changes give them every chance to succeed.”

“The Infiniti Q30 and QX30 offer great value to those considering a premium small car purchase, and who want a high level of features in a luxury package. We’ve listened to the customer and focused on enhancing the Infiniti Q30, the Infiniti QX30 and the Infiniti brand based off this feedback.”

Infiniti is launching the updates officially on December 3, with prices starting from the following (excluding on-road costs). Special drive-away pricing is being offered until July 1, 2019.