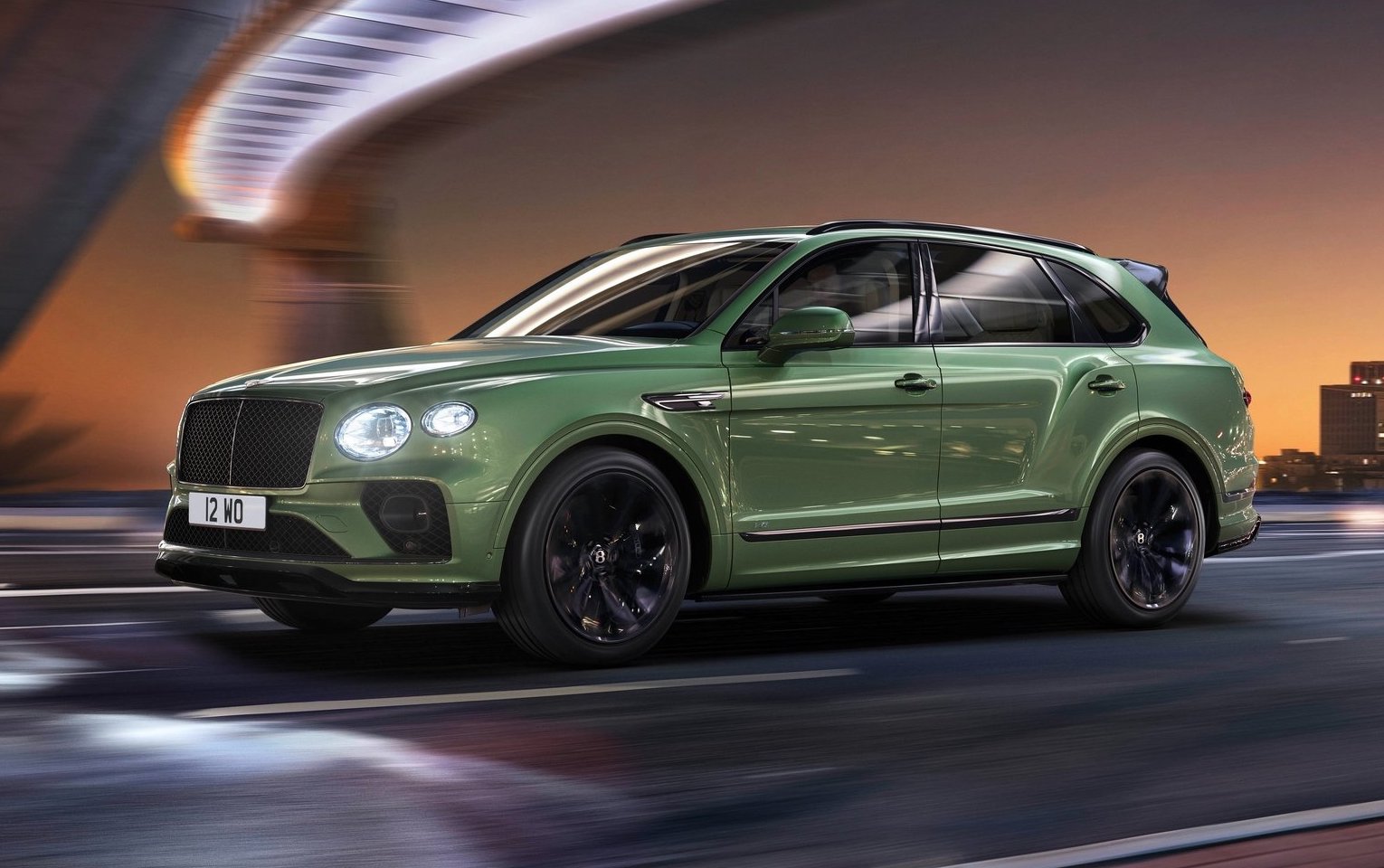 Bentley has unveiled the 2021 Bentayga super SUV. It showcases a freshened up design, new interior features, and of course an even high level of pampering luxury. 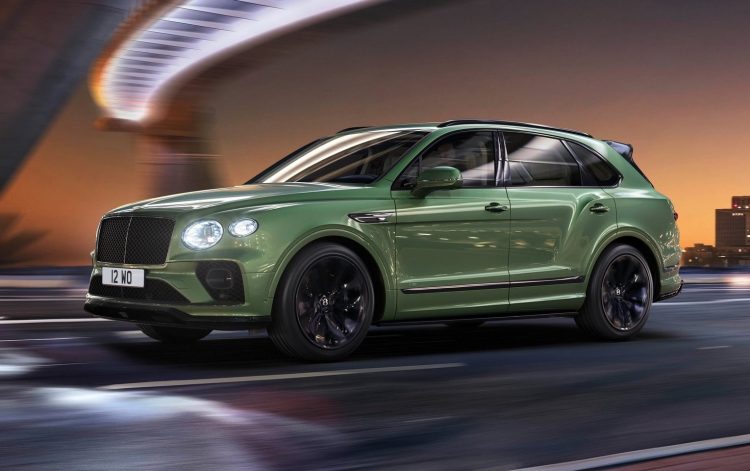 Perhaps the most interesting thing is Bentley is introducing a major update for the model. This essentially reaffirms the importance of the model line for the company, and proves just how in-demand SUVs are in this day and age. In fact, Bentley has sold over 20,000 Bentaygas since it debuted.

The exterior styling receives various revisions and takes on Bentley’s latest design language. At the front are some new circular headlights featuring LED matrix technology, while in between these is a more striking matrix grille. There’s also a new front bumper bar with unique sculpting and sportier air intakes. 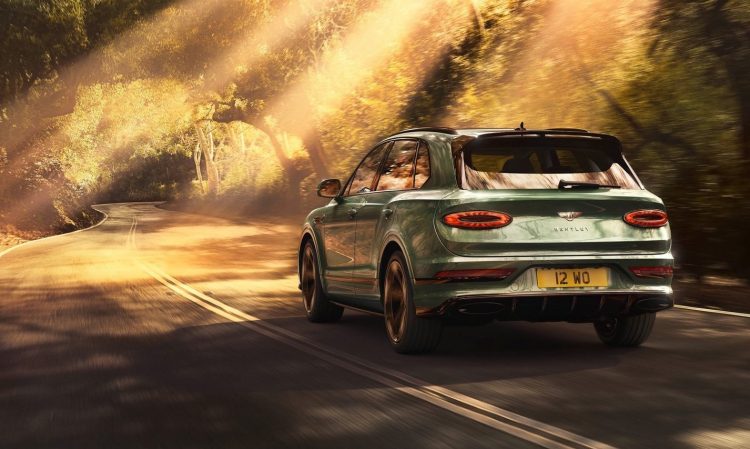 Around at the back Bentley has applied a new full-width tailgate that wraps around like a big clamshell. Fans will also spot the all-new oval taillights which are similar to those on the latest Continental GT. A freshly-contoured bumper bar supports wide-split exhaust tips. Speaking about the new model’s design, Chris Cole, product line director for the Bentayga, said:

“New Bentayga reflects the truly sophisticated qualities and design make-up of other members of the Bentley family, such as the new Continental GT and all-new Flying Spur. It was already the pinnacle of the luxury SUV sector but now we have taken it even higher.” 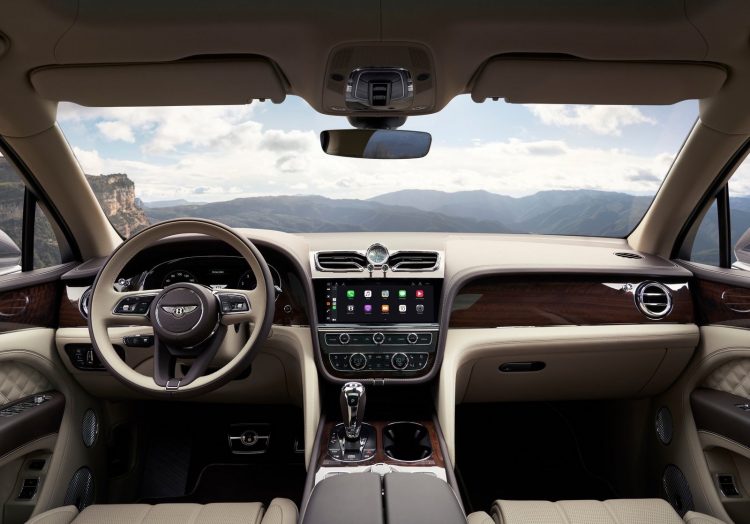 Inside, the dash has been modernised. The old circular ‘bullseye’ centre climate vents have been swapped for a more elegant wing-like set, while the centre console is tidied up and now offers storage for smaller items such as a mobile phone. A wireless phone charger has also been introduced, and the touch-screen is updated to a higher-resolution 10.9-inch unit that features anti-glare coating.

Buyers will be able to select between three main seating configurations, including traditional five-seat or a more luxurious four-seat layout, or a full three-row seven-seat setting. In five-seat configuration the second row has been modified so that it can recline further, and seat ventilation has been added. 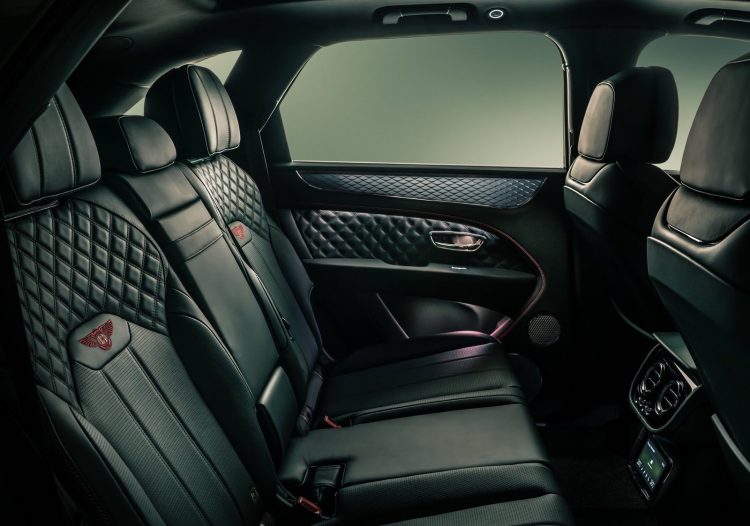 In four-seat form the 2021 Bentayga adds 30mm of rear knee room and up to 100mm in the reclined position. All layouts also welcome new seats that are reshaped to improve comfort, particularly in the shoulder area, with new foam and cover designs. Micro piping is also available for the first time on the SUV.

As for the powertrains, Bentley will be offering a 4.0-litre twin-turbo V8 that produces 405kW and 770Nm. It promises a 0-100km/h sprint time of 4.5 seconds, and a top speed of 290km/h. Alternatively, buyers will be able to option for a plug-in hybrid later down the track, while the upcoming Bentayga Speed will feature the 6.0-litre twin-turbo W12.

Market entry for the new model will take place later this year. Australian pricing and specs are yet to be announced.