The mighty Mercedes-Benz SLS AMG Black Series is just around the corner. The company posted this teaser image onto its Facebook page last night, saying all will be revealed within 24 hours. 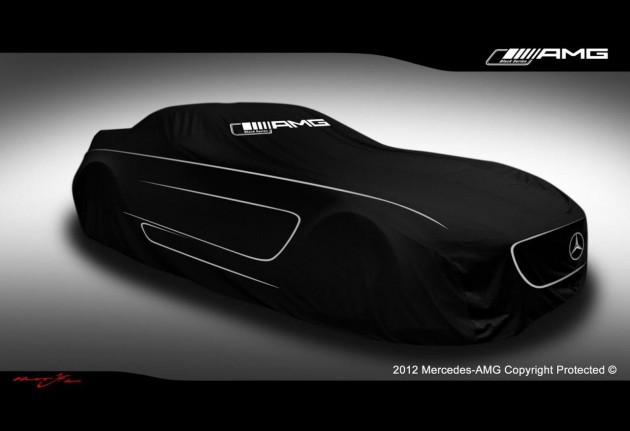 This means we’re just moments away from seeing the high performance model in full. We’ve already seen prototypes being tested around the Nurburgring, showcasing a more aggressive bodykit with serious aerodynamic enhancements, and a snarling V8 engine soundtrack.

Under the bonnet the Black is expected to feature a tweaked version of the 6.2-litre naturally aspirated V8, producing around 460kW instead of the standard SLS 420kW.

Along with the help of some weight reduction measures the new model is going to be very quick indeed. Acceleration from 0-100km/h could potentially be covered in the low 3.0-seconds bracket.

We’ll keep you updated as soon as it is revealed. Stay tuned.