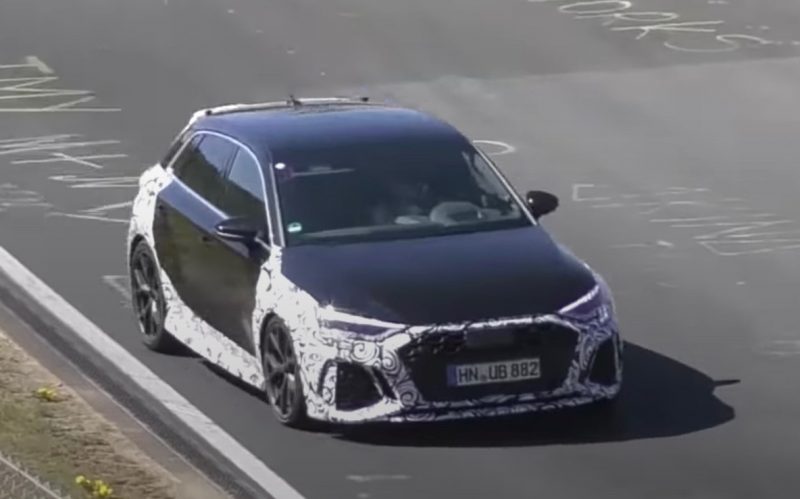 Audi has been spotted testing a prototype version of the fire-cracking 2021 Audi RS 3 Sportback on the Nurburgring, and the test drivers look like they are pushing really hard to hone the new super hatch. 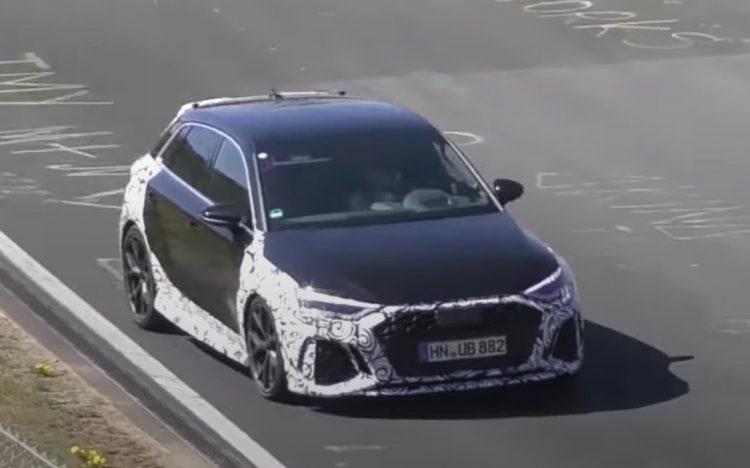 While the 2021 A3 Sportback and more recently the 2021 A3 sedan have made their debut, the performance S3 and RS 3 are yet to reveal themselves. Audi has sent out a preview of the 2021 S3, but nothing so far regarding the RS 3.

It looks like Audi engineers are still developing the RS 3, judging by this spy video. And given there is still lots of camouflage wrap on the test mules we’d suggest a debut is a little while off yet. Reports say a debut will take place late this year.

So, what do we know about the upcoming model? Well, the sounds of that iconic turbocharged five-cylinder engine are loud and clear. Audi completely overhauled the 2.5-litre unit in 2016 for the TT RS, adopting aluminium construction, and industry speculations suggest Audi will continue on with it.

However, in its outgoing form the five-banger develops 294kW and 480Nm. That, at the time, made it the most powerful hot hatch on the new car market. Since the 2.5 is a few years old now we reckon there might be some tweaks on the way to extract even more power, perhaps to push it to or beyond the latest 310kW Mercedes-AMG A 45 to reclaim the title.

As usual, all of the grunt, whatever output it ends up being, will be directed to all four wheels via Audi’s quattro all-wheel drive system. RS engineers usually apply a few tweaks to it though, and by the looks of these prototypes, oversteer could be on the agenda.

We’re especially looking forward to the body design as the new A3 in standard form looks like it’s taken it a few doses of steroids. The prototype in the video below doesn’t reveal much, aside from a chunky rear diffuser, widen front and rear wheel arches complete with rear air slits, and a rear spoiler. Check it out below.