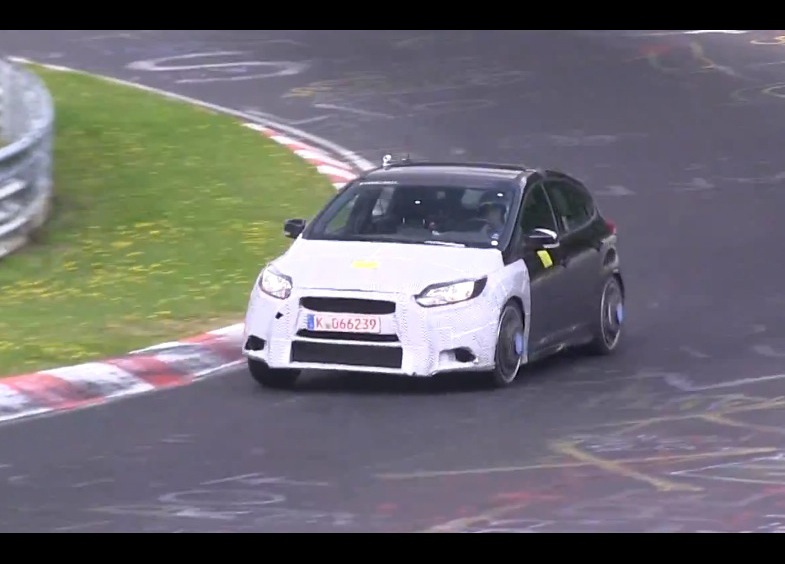 Ford has been spotted testing another prototype of the cracking new 2017 Ford Focus RS at the Nurburgring in Germany. This time the car is based on a darker-coloured ST. 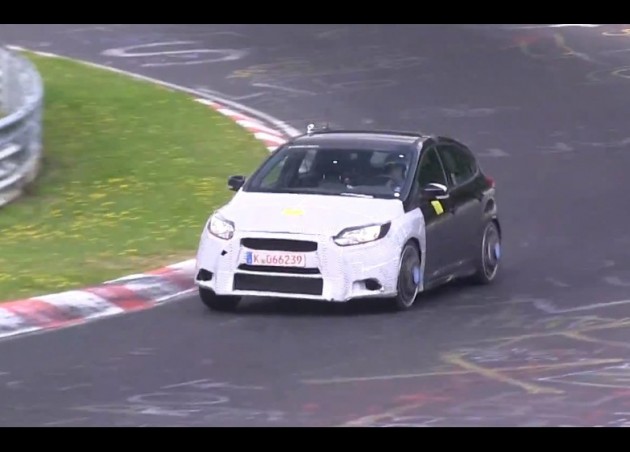 It seems most of the camouflaging on the prototype is around the front end, which probably hides a more aggressive bumper bar and intake setup compared with the regular Focus and Focus ST.

Like the previous Focus RS the 2017 model will come with a bespoke bodykit compared with any other Focus model, potentially including a large rear wing not seen on this prototype.

Specifications on the under-bonnet equipment haven’t been officially announced, however, it is likely to come with a 2.3-litre EcoBoost four-cylinder. The unit is expected to be similar to the one seen in the 2015 Mustang EcoBoost.

Engine power is set to be around the 240kW mark, about 20kW more powerful than the turbo five-cylinder predecessor, while torque will probably climb beyond 440Nm. All of this will be sent through the front wheels.

It’s unknown at this stage if Ford will go with a six-speed manual or follow the current trend and go with a dual-clutch auto. By the sounds of the prototype in the video below, provided by TouriClips YouTube channel, a manual will at least be an option.

It’s believed the 2017 Ford Focus RS will be the last version of the current-gen Focus before an all-new model arrives, showcasing an all-new platform and body. Expect market entry for the RS to take place in late 2016.

Click play below to see how she goes and sounds.