A new Renault Megane Renault Sport 250 Monaco Grand Prix Limited Edition has been introduced into the Renault Australia lineup. The limited edition model offers a distinct theme of elegance and luxury, as well as sportiness, compared with the normal Renault Megane R.S. 250. 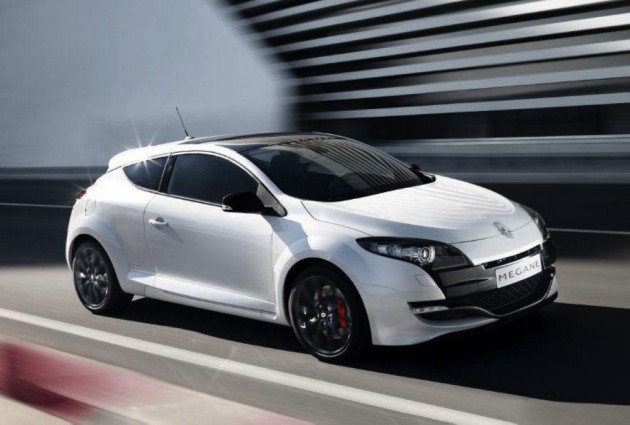 Just 50 examples of the limited edition Megane Monaco Grand Prix Edition will be headed to our shores, each equipped with a special build number and an array of luxurious features.

Other exterior highlights include piano black trimming details, such as side mirror casings, spotlight surrounds and the rear diffuser. The headlights will also exhibit a black background for that shadowed look.

On the inside, the Renault Megane RS 250 Monaco GP Edition will come with new electronically adjustable and heated Monaco GP sports seats, a satellite navigation system inset into the dash fascia and a large glass moonroof for added elegance. There’s also a number of white detail revisions throughout.

Power will come from the usual 2.0-litre turbocharged four-cylinder engine as seen in the normal Renault Megane RS 250. It offers 184kW of power and 340Nm of torque. Acceleration performance on the normal version is rated at 0-100km/h in 6.1 seconds.

As mentioned, just 50 examples of the Renault Megane RS 250 Monaco GP Limited Edition will be heading to Renault Australia showrooms, with prices starting at $48,990. The car will go on sale after August 27.