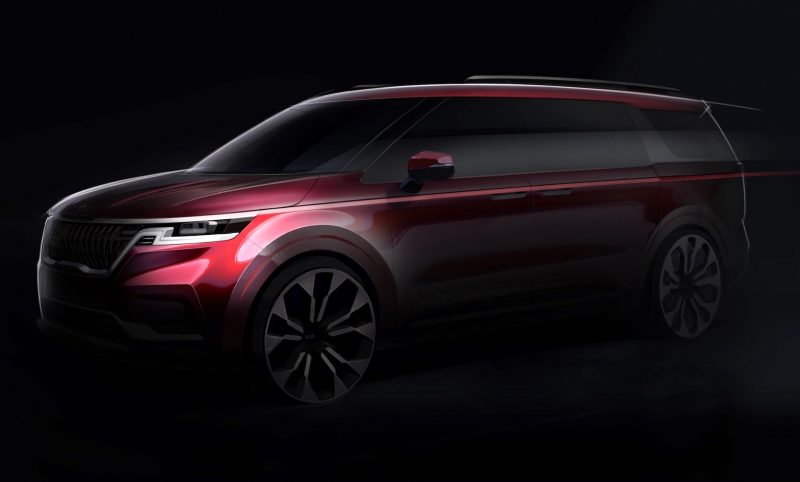 Kia is getting ready to introduce the all-new 2021 Carnival later this year, and has sent out a teaser image to stir some anticipation. It will be the fourth generation of the popular MPV. 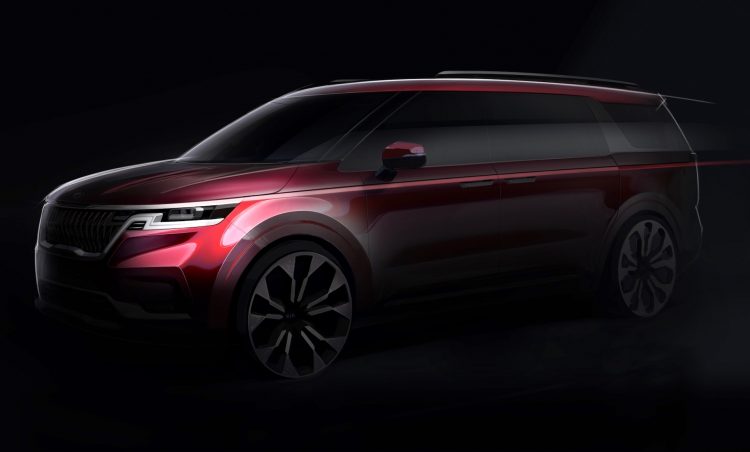 It’s understood Kia will introduce its new 2.5-litre turbo-petrol four-cylinder for the 2021 Carnival, which produces between 207kW and up to 224kW (304PS) in the case of the Genesis G80. This is expected to replace the current 3.3-litre V6 petrol engine option, at least in some markets.

The 2.2-litre turbo-diesel will likely receive the same mild update that was recently applied to the all-new Kia Sorento. In that the unit develops 149kW (202PS) and 440Nm. This is matched to a new eight-speed dual-clutch auto. A 1.6-litre turbo four-cylinder hybrid is also expected to arrive in some markets, offering a combined output of 169kW (230PS).

As for the design, well, this shadowy teaser image confirms a rather sporty and stylish package is on the way. A similar front end design as the Seltos and new Sorento is showcased at the front, including a grille that’s merged with the thin headlights giving the impression of a full-width theme. Muscular wheel arches provide some attitude and stance.

Some big changes are said to be on the way for the interior. Overseas spy photos reveal two huge digital screens spreading across the dash on prototype models, making up the instrument cluster and multimedia system. Like the outgoing model, the flagship Platinum looks set to present a luxurious multi-tone theme, with brushed metallic trimmings, piano black garnishes, and beige leather/leatherette for the seats and door trims.

Overall, Kia says the new model will appeal to “progressive young families” thanks to its “combination of innovation, flexibility, and style”. It will also aim to retain some of its loyal customers, especially given the nameplate has achieved over two million sales globally since it arrived in 1998.

The 2021 Kia Carnival is scheduled to go on sale in Korea during the third quarter of this year following a debut “soon”. Local arrival in Australia could take place before the end of the year, although the first half of 2021 seems the best bet.