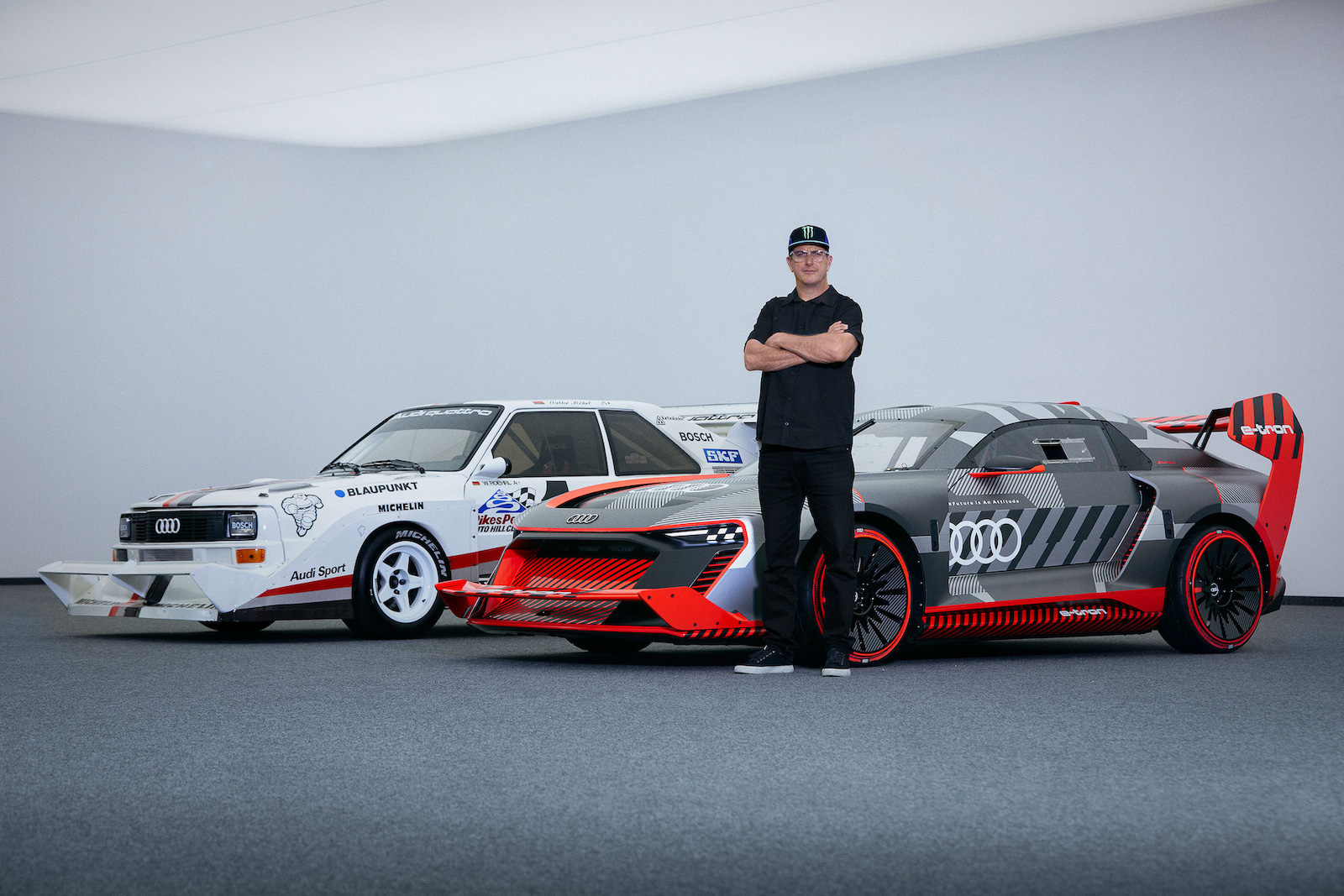 Audi and Ken Block have lifted the veil on a one-off, modernised take on the iconic Group B rally star, the Audi Sport Quattro S1 E2, named the Audi S1 e-tron Hoonitron. 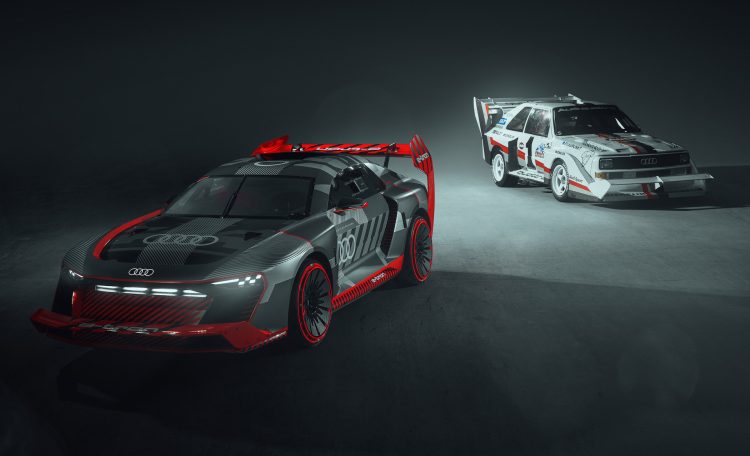 We reported a few months ago that Audi had enlisted none other than the Hoonigan-in-chief, Ken Block to its team, which featured more than a few clues of Audi’s aspirations to take out the iconic Dakar Rally event.

Mr Block made it clear to the team at Audi that the Quattro was one of the driving inspirations behind Block entering the world of rallying, and asked if Audi could essentially electrify one of its Group B stars for him to use.

Audi was quick to respond, one-upping Block’s offer of simply electrifying a Quattro chassis, offering instead a one-off build of a modernised Quattro S1 featuring high-powered electric motors and all the niceties of modern suspension and chassis technology.

The end result is a jaw-droppingly high-tech yet beautiful take on the short wheelbase rally icon, that has been packaged with a heap of power to match its looks. 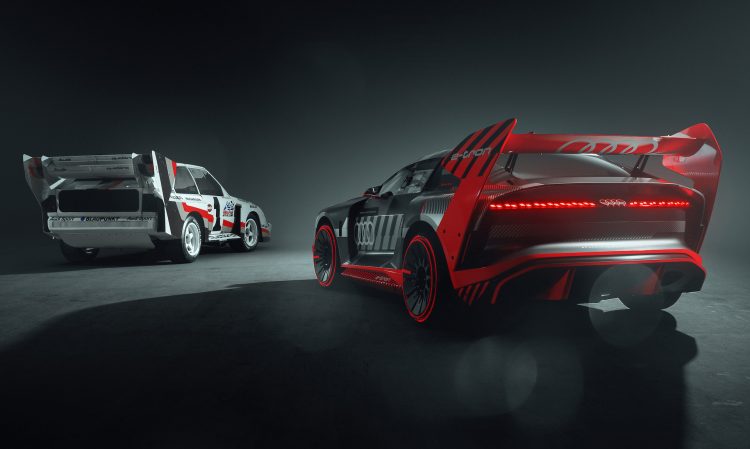 The S1 e-tron quattro is set to be the star of Block’s upcoming Gymkhana feature, to be produced over the next few months. Knowing the insane stunts and equally-impressive levels of production that go into Block’s Gymkhana videos, we’re sure Audi won’t be disappointed. Block said:

“I’m familiar with a wide variety of cars using internal combustion engines and transmissions, but there were a lot of new things for me to learn here. Spinning into a donut at 150km/h directly from a standstill – just using my right foot – is an all new experience for me. Our work was focused on getting the car and I used to each other.”

In other interesting Audi news, the company has confirmed that it will be heading to the 2022 Dakar Rally with its all-electric RS Q e-tron that packs a 500kW punch. You can catch all the action when the racing kicks off on January 2.