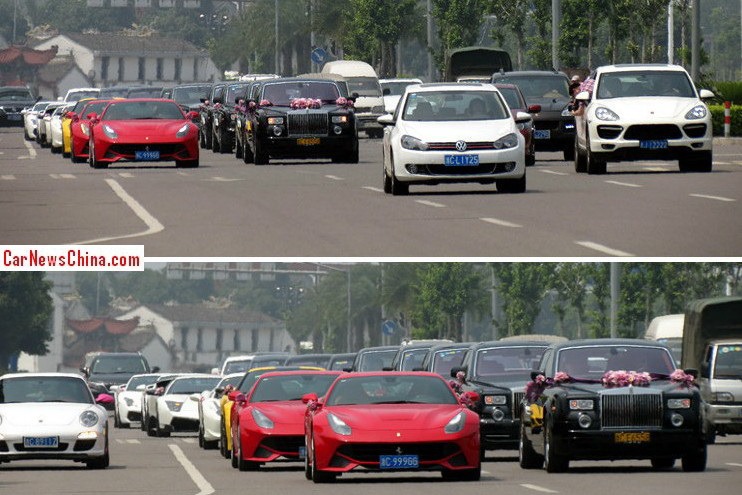 When it comes to flamboyance and showing off at weddings one of the first things to make sure is that you have some good wedding cars. 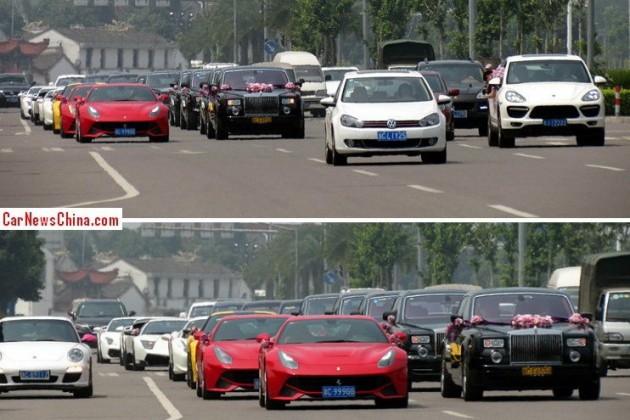 A couple in China has taken it to the extreme with their wedding, using a convoy of around 25 high-end luxury cars and supercars.

As you can see by these photos, first published by CarNewsChina.com, the convoy includes a number of Rolls-Royce Phantoms, at least two Ferrari F12s, a handful of Lamborghinis and the odd Porsche. 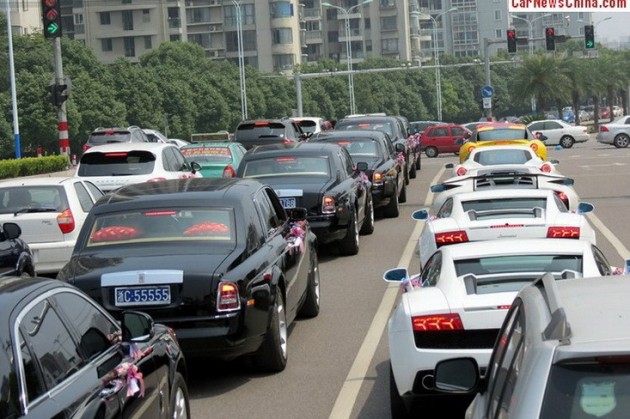 It’s unknown who the very important people were behind the spectacle, but judging by some of the prices of these cars, even if they were to hire them, it would have been a costly event. 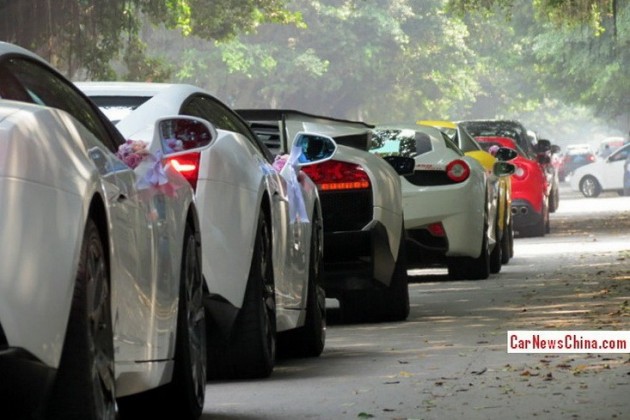