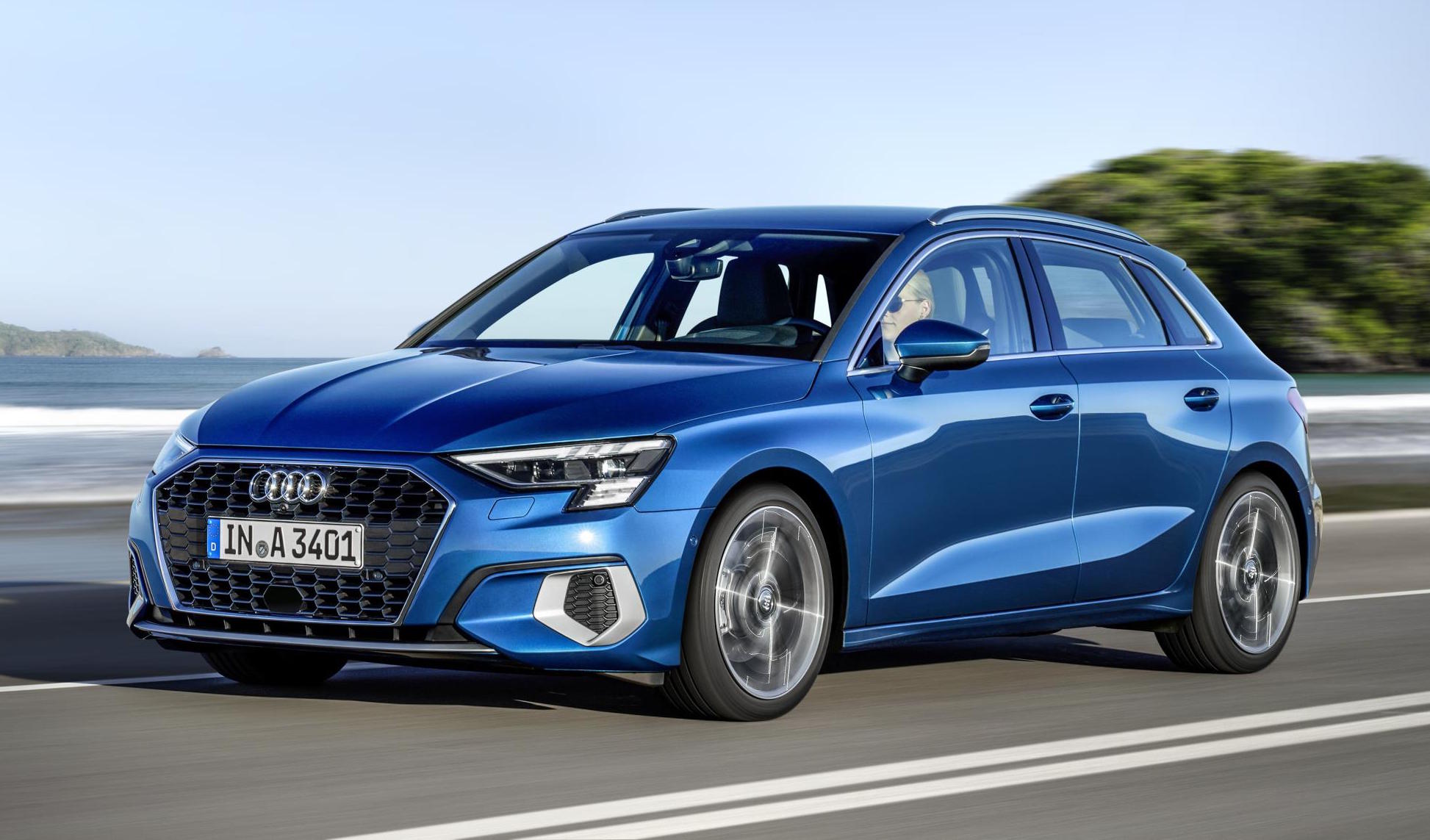 Audi has unveiled its all-new, fourth-generation 2021 Audi A3 Sportback. It, rather obviously, introduces a muscular new design with sharper edges and more angles than ever before, while also packing new tech and features. 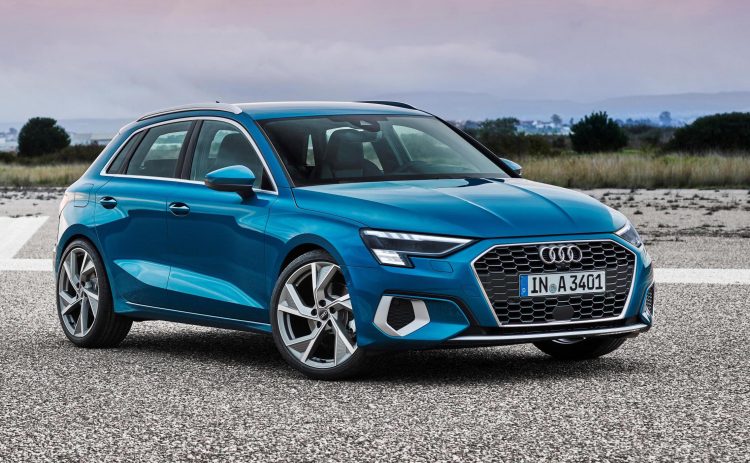 At the front is Audi’s latest single-frame grille which dominates the front end, with new corner intake clusters on the sides and some fresh L-shaped headlights up above offering Matrix LED technology. You’ll also notice the curvy and protruding wheel arches that give the hatch some attitude, with wider taillights at the back and a neat rear bumper bar complete with matching corner clusters.

Compared with the outgoing A3 Sportback, the new model measures 4.34m in length (27mm longer), 1820mm for width (35mm wider), and stands 1.43m tall (equal). It rides on the same 2637mm wheelbase as before. Despite the slight increase in dimensions, boot space is actually reduced in certain configurations. In the default seating layout the boot measures 380L, which is the same as before, but with the seats down it offers 1200L, which is down from 1220L in the outgoing model. 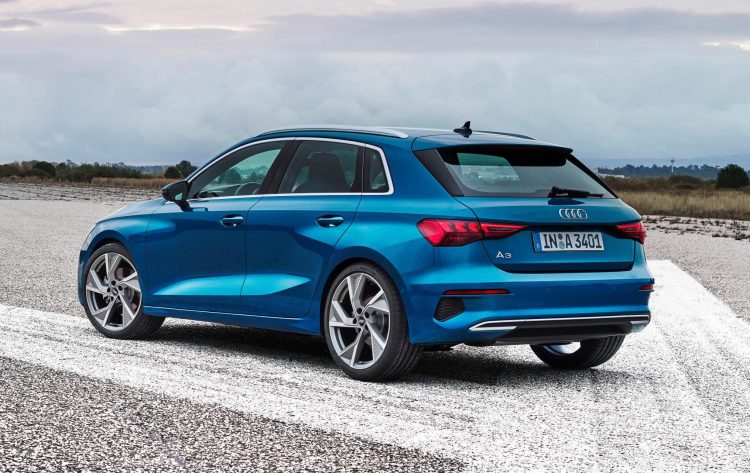 Cabin space is set to be more accommodating, although, Audi says the cockpit is “wholly focused” on the driver. A 10.1-inch touch-screen comes as standard, and there’s a 12.3-inch digital instrument cluster available which can present three different layout styles. The MMI operating system with LTE Advanced connectivity and integrated Wi-Fi hotspot functionality offers 10 times the computing power as the outgoing system. And Android Auto and Apple CarPlay are standard, along with digital radio.

Audi will be launching the 2021 A3 Sportback in Europe with three different engine options. There’s a 1.5 TFSI turbo-petrol producing 110kW, offering a combined fuel consumption rate between 4.8-5.1L/100km. Or, there’s a 2.0 TDI turbo-diesel that develops 85kW and offers a consumption range between 3.5-3.6L/100km. Or, there’s a 110kW version of the TDI that consumes 3.7-3.9L/100km (fuel consumption depends on tyre and wheel options). 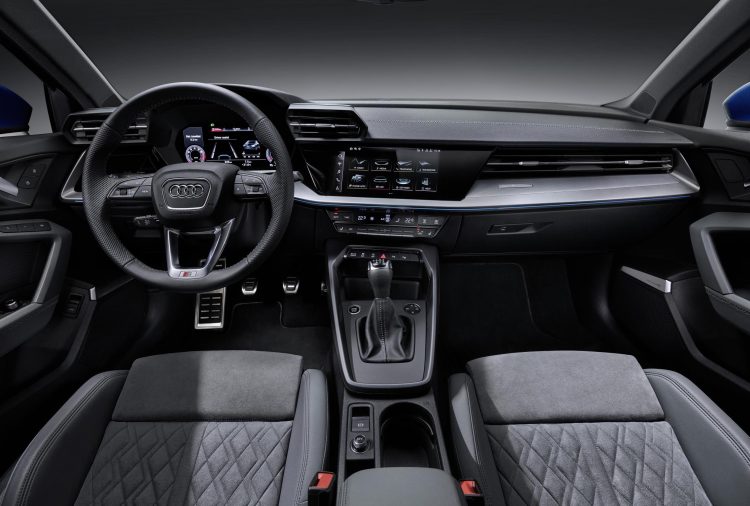 Further down the line Audi says it will be offering mild-hybrid packages that use a 48V electric system with a belt alternator starter. A plug-in hybrid will also be introduced later, offering full electric driving capability, and it’ll be available in two output levels.

Audi Australia has confirmed the first of the new models are expected to roll into local showrooms before of the end of this year. Final specs and prices for Australia will be announced closer to its launch.

InAudi A3, Audi A3 Sportback