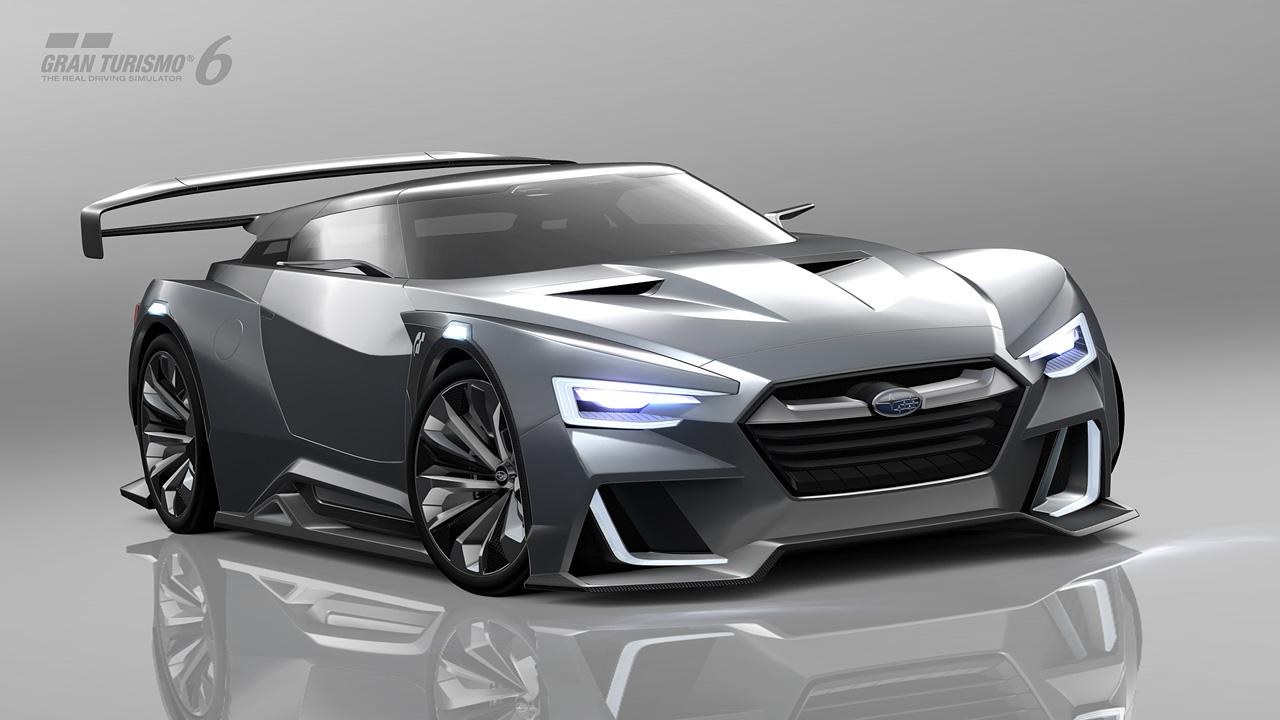 How’s this for an interesting concept? It’s Subaru’s answer to the trending tendency to come up with a vehicle for the Gran Turismo 6 Sony PlayStation game. 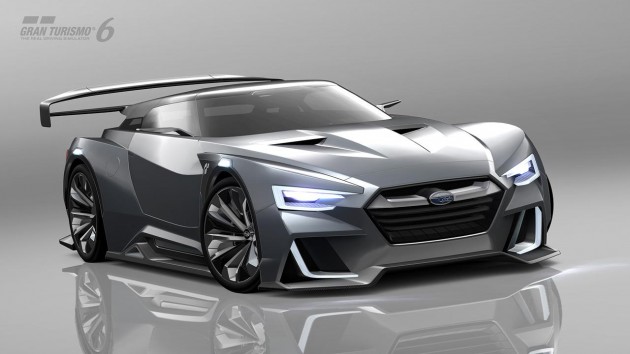 Various carmakers have been coming up with all kinds of futuristic and out-there concepts for the popular video game. Of course, designers have the freedom to do whatever they please as the car only has to exist in a dream world.

For the Subaru, designers wanted to incorporate the company’s most aggressive and sporty elements, drawing inspiration from past Subaru models and racing cars. So you see various Impreza and Liberty styling cues, particularly around the front grille, while at the back is a huge wing which can be likened to the Subaru WRC cars over the years.

Where things get even more interesting is under the bonnet. There sits a complex hybrid powertrain consisting of a 2.0-litre turbocharged four-cylinder and not one but three electric motors. Two of the electric motors send power to the rear and the other goes to the front.

This arrangement provides an combined output of 435kW of power and 800Nm of torque. There’s no mention on acceleration times or top speeds, however, with a kerb weight of 1380kg, you can begin to imagine the sort of performance that could be on offer here.

Like other concepts following the same trend, the Subaru Viziv GT will be available within Gran Turismo 6 as a playable vehicle. Users will be able to purchase the car or win it by completing a lap in a Seasonal Event.