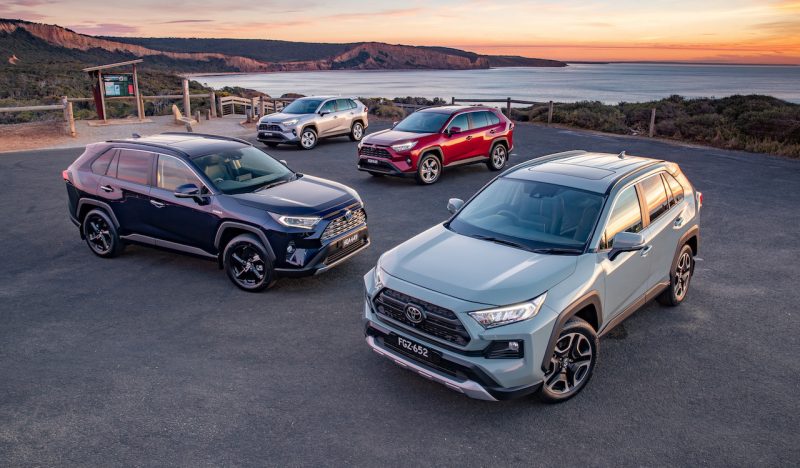 Those in the market for a mid-size SUV will be interested to hear Toyota Australia has secured a big boost in production supply of the hugely-popular RAV4 hybrid, following many bottlenecks since the new model launched last year. 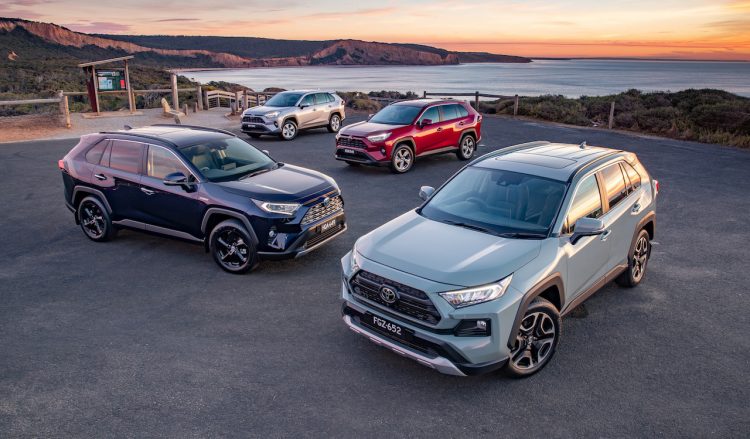 Toyota Australia says it has secured an additional 8000 RAV4 hybrid units that will be shipped from the factory in Japan to arrive in Australia from July, on top of the current supply chain schedule. The aim is to “substantially reduce” customer order waiting times.

The new model was launched here in May last year and has since become the best-selling SUV in the country, outright. So far this year (according to March VFACTS figures) the local arm sold 8656 examples of the RAV4 (includes hybrid and non-hybrid), easily topping what used to be the favourite, the Mazda CX-5, which gathered 5562 sales.

Demand has been so high that it has overwhelmed production supply, and not just in Australia. It’s understood parts suppliers, particularly producers of some of the components of Toyota’s hybrid systems, have not been able to keep up with Toyota’s production orders.

At the moment the RAV4 hybrid is the company’s best-selling hybrid vehicle in Australia, even compared with the Camry, Corolla, and Prius hybrids. Toyota Australia says hybrid powertrains make up almost 25 per cent of its total sales so far this year. Toyota Australia vice president of sales and marketing, Sean Hanley, said:

“Demand for hybrids, particularly RAV4, has skyrocketed over the past year due to their combination of performance and economy, but that has unfortunately meant some customers have faced extended delays in receiving their vehicles.

“We appreciate the support of our parent company in helping us to address this issue by agreeing to provide us with more hybrids to help us better serve our customers – and we thank affected customers for their patience and loyalty.”

To read more about the new RAV4 check out our reviews and videos of the GX, Edge, and Cruiser.